Our next adventure takes us into the heart of Renosterveld territory. Renosterveld forms part of the fynbos biome, yet it is significantly different from other classes. The lack of Protea, Erica and Restio might baffle the odd visitor but it includes an astonishing array of bulbs. You will be surprised to find some of the most well-known horticultural genera (Babiana, Pelargonium, Freesia and Oxalis) tucked away around each corner.
In this instalment of Fynbos Virtual Tours, we will take a look at the best locations for photo journals, dip into 21st-century conservation efforts and look at the diversity of Renosterveld bulbs. Few species flower during summer, at the peak of tourist season, but the area is transformed in winter and spring.

Renosterveld translates into 'Rhinoceros open uncultivated land', a turn of phrase that may refer to the historic feeding grounds of black rhinos. It is considered critically endangered with less than 5% of the original habitat left.
The vegetation may appear grey from afar, but closer inspection will show a multitude of succulents (Aloe, Cotyledon, Haworthia etc.) as well as unique flowering bulbs such as Boophone disticha (Gifbol). Boophone disticha is a gorgeous flowering bulb with wavelike leaves and a candelabra flower similar to Brunsvigia.

Haarwegskloof Nature Reserve is a brilliant story of nature conservation in the 21st century. It all started with WWF-SA and their efforts towards conserving the last remaining 5% of Renosterveld. The original Renosterveld habitat has long since been converted to farmland, however, in 2013 WWF managed to acquire a farm that would serve as the start of a new nature reserve.
It has since gone from strength to strength with Dr Odette Curtis (Director of the Overberg Conservation Fund) presenting on the biome at the 1st World Biodiversity Forum in Davos, Switzerland. They produced a striking short film which you can view here.
Endangered flora: The Bontebok National Park is a small reserve dedicated to the conservation of Swellendam Silicrete Fynbos and one of Africa's rarest antelope, Bontebok. The grey Renosterveld that make up part of the reserve is often less appealing to the passing tourist than the colourful antelope. Unfortunately, the true wonder of Renosterveld requires some closeup inspection and few trails traverse the exposed landscape.
The area is littered with Asteraceae aka Rhinoceros bush which conceals a cornucopia of geophytes. It is these geophytes that erupt into colour as spring approaches. The park is also home to 3 species that occur nowhere else in the world. Aspalathus burchelliana, Prickly bitterbuchu (Diosma fallax) and Tril-Heath (Erica filamentosa) can be observed in flower during August with some recorded as early as April. 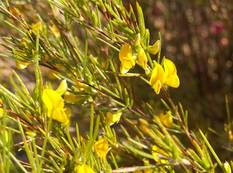 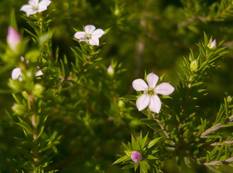 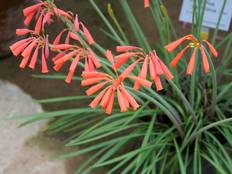 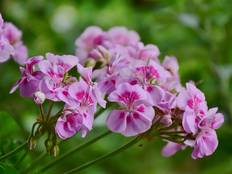 Last but not least we take a look at the wildflower capital, Darling. The yearly host of the Wildflower Festival is home to a thousand flowering species. The Renosterveld Nature Reserve is a key player in this yearly event and should not be overlooked.
If it is hard to pinpoint a few species, check out this video on Darling Renosterveld by David Scott.

Bulbs often hide away under the grey Rhino bushes that litter the region.

The area has several flowering species during late winter and into spring, which falls between August and November. If you would like to see the Aloe avenue in the Bontebok NP in flower, then it is best to make a trip out during winter (May-August).
Travel Time: 2h30 one-way (Subject to traffic)
Watch out for: Aloe ferox, Prickly bitterbuchu, Boophone disticha, Gladiolus alatus, Polhillia curtisiae.
Important information: The reserves provide a pamphlet, however an online list of bird and flora species is available from the Overberg Renosterveld website. The Overberg Conservation Trust is an NGO and runs on volunteers as well as donors if you would like to get more involved. The best bird watching can be achieved by camping along the river in the Bontebok National Park, but be aware that birds attract puffadders (Bitis arietans) in summer. 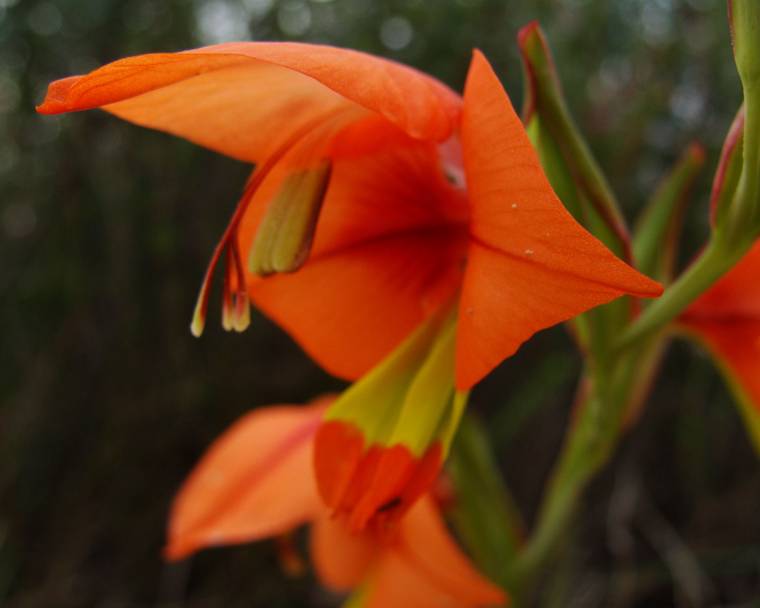 A kalkoentjie, one of the many flowering bulbs present at Haarwegskloof.

The Indigenous Bulb Association of Southern Africa is a great resource for both amateur hobbyists and horticulturists. They host symposiums and provide good information. If you love the colours and cannot find the bulbs you are looking for then try Silverhill Seeds. They have a wide selection of seeds available for local and international shipping.
Bibliography:
T. Kraaij. (2011). The flora of the Bontebok National Park in regional perspective. South African Journal of Botany, 77(2), 455-473.
Overberg Renosterveld Conservation Trust. (2020, 2 June). What is lowland Renosterveld? https://overbergrenosterveld.org.za/overberg-renosterveld-the-story/
Free download for your phone or tablet 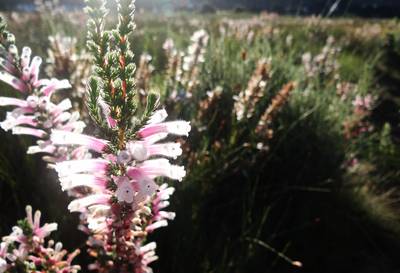 Heaths or Erica species are at the heart of what defines Cape Fynbos. Of the 753 recognized species, almost 90% are indigenous...