#PolliNationSA | The secret life of honeybees 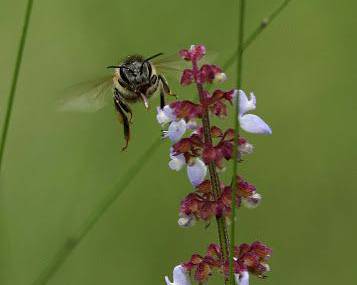 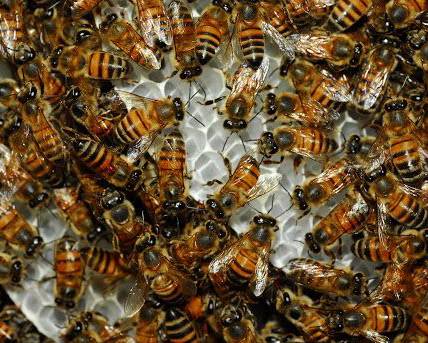 Honeybee dancing to direct others to food. Photo by Peter Webb.
Apart from the European and African honeybee, five other honeybee species occur in Asia. There are no indigenous honeybees in the Americas, Australia and New Zealand. They introduced honeybees mostly from Europe.
Most animals have in each cell’s nucleus a double-stranded DNA helix, and are called diploid. The sex cells (sperm and egg cell) have only one DNA strand and are called haploid. Fertilization is when egg and sperm cells combine to form a diploid egg, like their parents. Bees, wasps and ants, which are all Hymenoptera, are different.
Egg cells that combine with sperm cells are diploid and are always female, an unfertilized eggs cell becomes males and they are always haploid. Hence the queen can determine whether she will lay female (worker or queen) or male (drone) eggs. Only queens mate so if a worker lays eggs they should, and mostly are, haploid and male. Unlike any other honeybees, Cape honeybee workers can combine two egg cells and lay diploid (female) eggs without ever having mated with a male bee. So mostly if the queen dies without there being any queen cells in the hive the workers cannot make a new queen and the hive will die. Cape honeybees can make new queens.

Honeybee taking a meal. Photo by Peter Webb
The unique ability of Cape honeybee workers to lay female eggs caused an interesting problem and demonstrated why species should not be moved to areas where they do not occur naturally. Somebody brought a lot of Cape honeybees to Gauteng quite a long time ago. Apparently, one individual (determined by DNA analysis that I do not understand) had the ability to become a social parasite of the common honeybee. It did not work but inhabited common honeybee hives and started laying female eggs. All the progeny of this bee and their progeny are bees that behave as queens, except that many of them will occur in one hive. So the balance between layers and workers becomes distorted and the hive becomes weaker and dies. These bees do not move far from their mother hives so the problem is with kept bees and not wild honeybees.

To learn more about bees dig into the articles below!

Gardening with bees is the conservation of bees on a smaller scale as the average garden, including mine, is bee-depauperate.

Seasons change from year to year, some being dryer and some hotter than others.