Lalage Snow is not a gardener. She works as a war journalist and photographer, and although she would love to have a bustling garden, for now, she will be known for photographing soldiers before, during and after war.
Her latest book explores the role of gardens in people's lives while living in places such as Afghanistan, Ukraine or Gaza. She tells the stories of people who have turned to their garden in a time of loss and confusion — the people who overcome the horrors of conflict zones with the help of plants and flowers.
We sat down with Lalage to talk about her book and the inspiration behind it.

Hamidullah in his garden in Parwan, Kabul

Can you tell us a bit about your background and how you became a war photographer?

I always knew I wanted to become a journalist, but never realised photojournalism was a career, even though it's something I've always done. As a kid, I had a darkroom and developed pictures for myself.
After spending some time in the Middle East I did a photojournalism course in the UK. I finished around the time when my cousin got sent to Afghanistan, and somehow I managed to get myself out there with them as a student photographer. I did a lot of features, one of which led me to move to Kabul, where I worked as a war correspondent.
Download Candide to your phone to get your daily gardening news

I believed in journalism, and I thought that it would instigate change. But during my time in Afghanistan, I realised that nothing is changing; people don't care. It doesn't matter how many people are killed in a suicide attack or how many soldiers come back in bodybags.
I became very war-weary. In this period, I started to notice these gardens around me. When you are in a hostile place, you are drawn to things that are the opposite.

You won't learn anything about gardening in War Gardens. But you will learn about people's relationships to the land in different countries and what gardening and cultivation mean to different people in different ways.
It's also about the psychology of gardening. It's about the open space, about taking control when the world around you is falling apart, which is a metaphor of growing and nurturing in a time of crisis.

It really depends on the country, conflict and location. Some of the gardens in Kabul I visited were urban gardens. There, your garden is an extra room; it's for receiving guests.
I took the term garden quite loosely. Anyone who was cultivating something for their own means or joy was a gardener. I met with a lot of farmers in Gaza, who also had gardens at home. Ukraine has a very similar climate to the UK and the gardens are attached to the house. In Israel, they are more like the American picket fence gardens in front of the house. So I got a real cross-section of how the gardens looked, but there was something familiar about each garden. You are in this strange alien place, and when you go into a garden you realise 'Oh, it smells familiar, the flowers might look a bit odd, but look, there is a Geranium, and that's a Rose!'.

Can you tell me a bit about the people you met?

There was an older couple in Kabul, who when the civil war broke out in the late 70s sent their children away to safety. As the country collapsed, they lost communication with them, including their phone number.
They didn't know what to do, so they kept planting things in honour of their children.
When they were short of water, they would dig a well with the sound of bomb and fighting in the background. Luckily, they were reunited with their children at the end.
There was another story that always touched me. I met a young Afghan pharmacologist student, who was a very trendy, millennial, almost hipster gardener. He wore leather jackets and was always on Facebook and Instagram.
He grew up as a refugee in Iran, and when they returned to Afghanistan, he got introduced to gardening. He showed me around his greenhouse, where he would study because it was warm.
He told me that his best friend was in the army and was killed by a suicide attack. It happened about a year before we met and they were like brothers for each other.
When his friend died, he told me he couldn't sleep anymore. He said:
I tried to garden to forget him. But in the end, I planted flowers to remember him, and when one grew, it was like I had a new friend.
And that always touches me. He was just a young guy talking about his mate being killed.

What was the main thing you learned from talking to these people?

When you start speaking to people in different countries, you start to see that it doesn't really matter where you come from, what your religion is, what clour your skin is, the basic human instinct is the same. No one wants a bloody war. It's so silly.
Gardening is an escape from reality into something that is almost more real because it's right there in front of you. I think the gardeners I interviewed have this big secret because what they do is turn another cheek to the war. It's as if they were saying:
You guys go and fight, we got something better to do.

Lalage Snow's book War Gardens is out now with more pictures and stories about her time travelling around gardens. 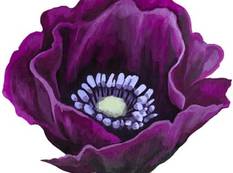 Demand for Environmental Guidance Rises in the UK

Lockhart Garratt has seen a rise in demand for their services, allowing them to grow as a business. The company focuses on...

Heather Nectar Is Medicine for Bumblebees

Heathers can help bumblebees fight diseases, according to new research by the Kew Botanic Gardens.

Most of us are busy in the garden at this time of year, raking up fallen leaves, planting bulbs and cutting the grass for the...