From a distance, the garden appears to be a peaceful and tranquil environment, but take a closer look and you will find that they are, when healthy, governed by fierce insect predators that play a vital role in regulating insect populations.
One of these ferocious predators includes the praying mantis. Thanks to its immense appetite for invertebrates such as aphids, leafhoppers, mosquitoes, caterpillars, beetles and crickets - mantises are a gardener's best friend when it comes to controlling pests in the garden. It should be noted however that mantises show no preference between insects and will eat them all, including the beneficial ones. Nevertheless, they play a vital role in nature’s insect control plan.
Check out the post below to see a mantis munch on a beneficial pollinator: 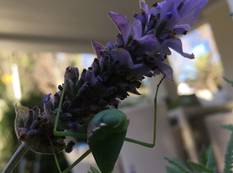 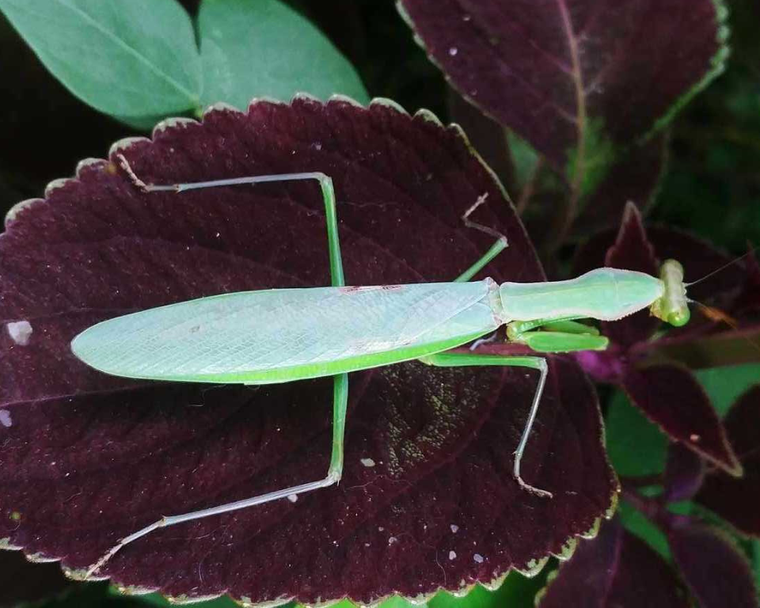 Praying mantises are the only known insects that can turn their heads to look over their 'shoulders'. Photo by @Plant_For_Life.
Praying mantises are ambush predators. It waits motionlessly until the prey item is within arms reach, before it extends its strong forelegs with lightning speed, grasping its victim, and paralyzing it with a forceful bite to the back of its neck. It’s bright green, brown or yellowish colour also allows it to easily camouflage itself by blending in with the surrounding foliage.
Praying mantises live in dense vegetation where they are able to safely feed and breed, out of reach of birds, bats and other large predators. The female lays her eggs in a special case (ootheca) attached to bark or twig, also leaves, walls and fences. The young emerge from the egg sac in spring and mature during summer before their life cycle ends when temperatures drop. 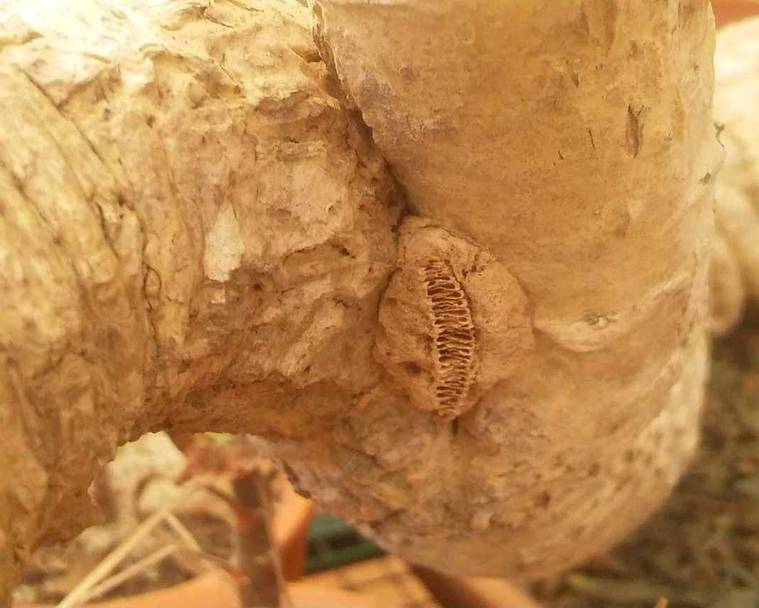 An egg sac (ootheca) of a praying mantis - camouflaged against the stem of a Cabbage tree. Photo by @ArneStander.
It is important for every gardener to recognise these egg cases, especially during winter, when they become visible as deciduous shrubs and trees lose their leaves. Keep a sharp eye out for them whilst pruning and relocate the egg case to a safe place in the garden where the nymphs will survive. Also, never put an egg case on the ground - ants will quickly consume the precious mantis eggs.
If you want to attract these beneficial predators to your garden it is important to eliminate insecticides and other chemical pesticides as this can wipe out whole mantis populations. Organically grown vegetable and flower gardens are a good place to look for these wonderful creatures. 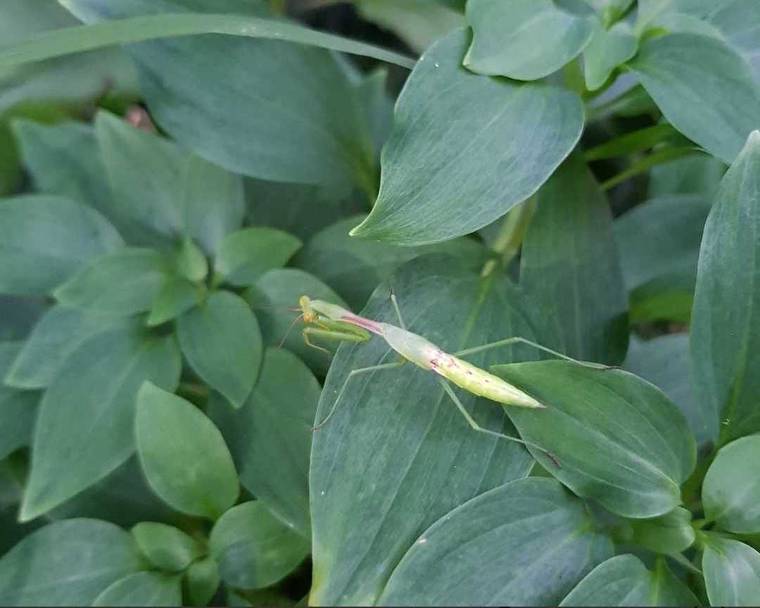 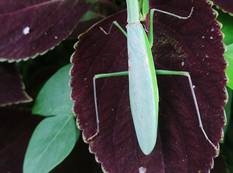 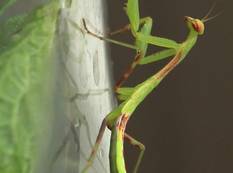 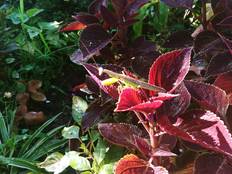 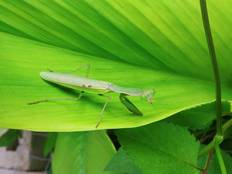 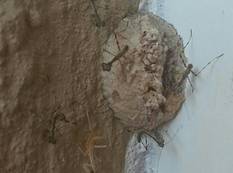 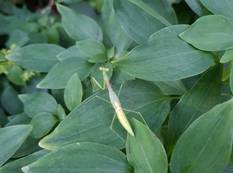 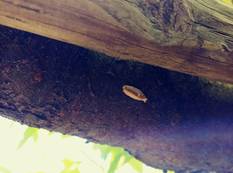 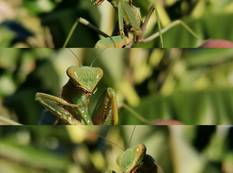 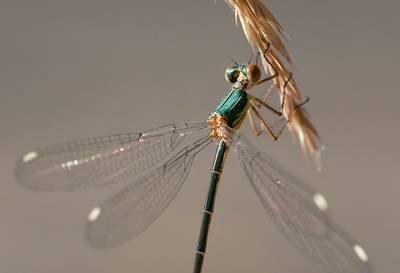 There are four main differences between dragonflies and damselflies. You can easily identify them by looking at the eyes, body...

When we work in our gardens, we often find these big, creamy-white grubs, often referred to as worms, in the soil or in...

Rain spiders are often seen in or around the garden. They are often found in houses where people are scared by their big...