Known for their profuse flowering, fine feathery foliage and zesty-sweet aroma, Coleonema species are an absolute delight in gardens all over South Africa. These charming evergreen shrubs make for a beautiful display throughout the year. The leaves are fine, heather-like and aromatic, especially when rubbed or crushed. From winter to spring, the whole shrub is covered in tiny star-shaped flowers - a truly delightful sight. 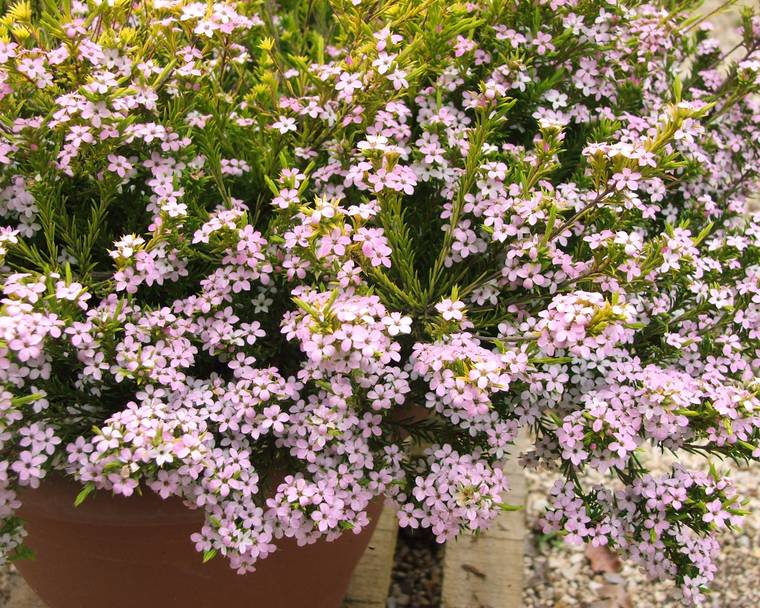 Latin name: Coleonema spp.
Common names: Cape May, Confetti bush, Aasbossie, Klipbossie
Family: Rutaceae
Coleonema is a genus within the Citrus family (Rutaceae) and includes eight species that occur in the Eastern and Western Cape. Growing along the coast, these shrubs are adapted to harsh coastal winds and sandy, nutrient-poor soils. They are drought-resistant once established and will tolerate mild frost. Most coleonemas form dense, multi-branched, compact shrubs with numerous slender branches. 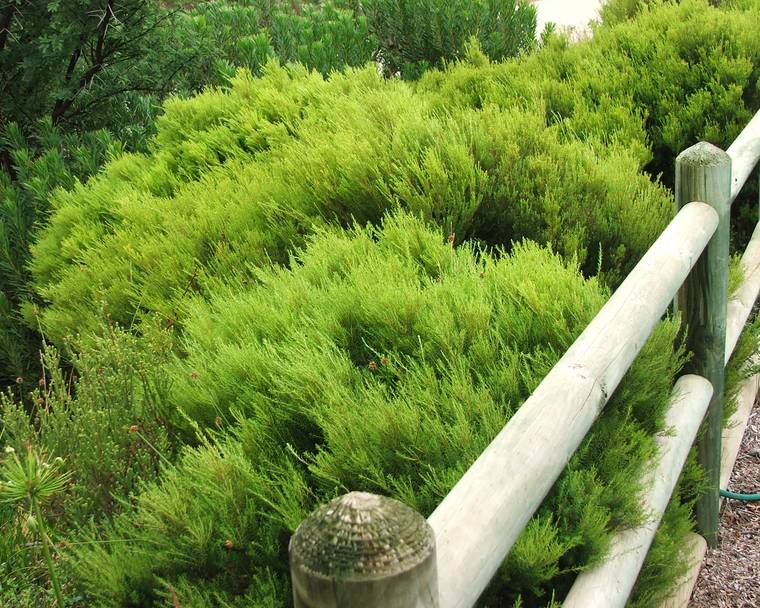 During winter through to early spring, the shrubs are covered in tiny flowers, and depending on the species or cultivar, the flower-colour ranges from white to varying shades of pink. Coleonema album produces dainty white flowers whilst Coleonema pulchellum produces pink blooms, and Coleonema asphalathoides an even brighter pink. There are also numerous cultivars available, including a few favourites like Coleonema 'Sunset Gold', Coleonema ‘Dark Pink’ and Coleonema ‘Light Pink’. Beholding coleonemas in flower, it is evident why the common name Confetti bush is so fitting. 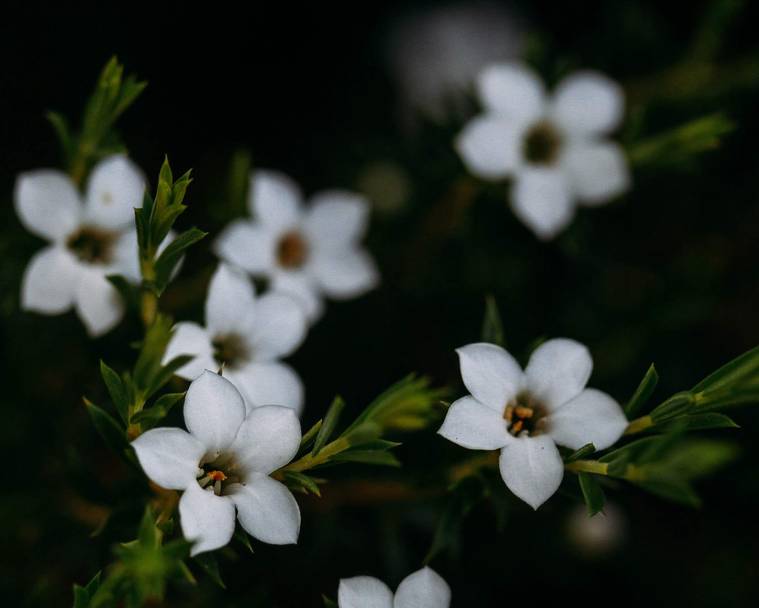 The leaves are fine and needle-like and release a characteristic fragrance when crushed. Bunches of short stems can be tied together or mixed with other flowers or herbs to form a fragrant posey or interesting flower arrangement. Due to their aromatic leaves, coleonemas are often mistaken as buchus, however, true buchus belong to the genus Agathosma.
Did you know? | Fishermen would take advantage of the sweet fragrance of this shrub to remove the redbaity-smell from their hands, hence the common name ‘aasbossie’.
Coleonemas are perfect for containers and make beautiful feature plants in rock gardens. They are ideal filler plants for mixed shrub borders or can be planted closely together to form a short, informal hedge or screen. For maximum impact plant them together in groups of 3 to 5. They respond very well to pruning and are often shaped into balls, square hedges, topiary, and even bonsais. Due to their non-invasive roots, they can be planted close to buildings, pavements and walls. Tip | As part of the Fynbos biome, coleonemas pair beautifully with proteas, ericas, restios and pincushions, and give a spectacular show planted together with indigenous perennials like felicias, Leonotis, geraniums, pelargoniums, metalasia, salvias and scabiosas.
Coleonema shrubs do not require any special attention. They thrive in well-draining soil with a small amount of kraal manure or organic compost and plenty of water during autumn and winter. These shrubs need to be planted in a full sun position to produce flowers. Coleonema shrubs are especially suited to winter rainfall regions, however, it will also thrive in summer rainfall regions if planted in well-draining soil and given plenty of water during winter. Unfortunately, coleonemas do not grow well in subtropical summer rainfall regions, due to the intense heat and humidity. To keep shrubs neat and tidy, prune directly after flowering in summer. By shearing off the seeds directly after flowering encourages more flower buds to form in the next season. Feed with a slow-release, organic fertiliser and add a good layer of mulch to keep the roots cool and moist, especially during warm spells. Coleonemas need to be replaced every few years as the stems tend to become woody. They are easy to propagate from seed and cuttings. Small plants are readily available at nurseries.
Free download for your phone or tablet This week we take some time to admire the indigenous Wild Gardenia (Gardenia thunbergia). With its large white flowers, divine...

If you're looking for an ornamental shrub for sunny or shady spots, and attract wildlife to your garden? Look no further than...

If you’re looking for a low-maintenance, waterwise, evergreen perennial that is perfect for those hot corners in the garden...