Roses can end up in the wrong place for several reasons. It could be that trees are casting too much shade, nearby shrubs taking over, or taller roses have been planted too close to the front of a bed.
The best time to transplant roses is in June because the roses are dormant and there is less stress on the roots. However, if you follow this step-by-step advice it is possible to transplant roses during cooler weather at other times of the year, if you transplant immediately and keep the soil moist while the rose is settling in.

What about replacing old roses with new roses in the same bed?
It is true that you can’t plant new roses in soil where other roses have been growing for longer than five years. The rose roots release a chemical that affects the growth of new roses. One needs to sterilise the soil with Herbifume and dig in lots of fresh compost and peanut shells. Another option is to plant the rose in fresh soil in a cardboard box in an established rose bed. By the time the cardboard rots away, the effect of the old roses will have gone. 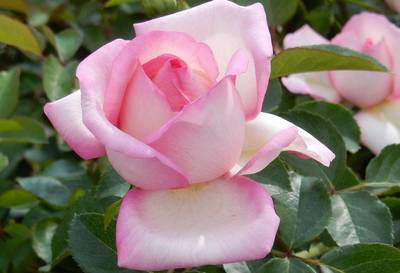 The ideal time for winter pruning is still three weeks away and roses are still flowering gorgeously. Here are some rose care... 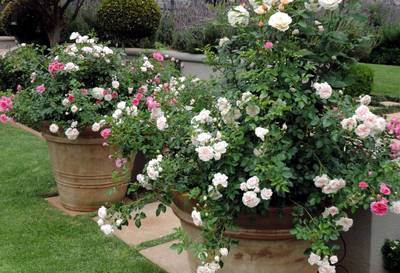 One of the best ways to make a special feature of a rose is to grow it in a container. We generally think of growing roses in...

If you have fallen under the spell of roses, then (with apologies to Oscar Wilde) it is the beginning of a lifelong love-affair.