The Cape Floral region is known for its high diversity of unique and colourful blooms. As part of the UNESCO World Heritage list since 2004, the world’s smallest floral kingdom has captured everyone’s attention. So how does one go about growing your own bit of new world splendour? In this instalment, we will be focusing on Protea, Leucospermum and Leucadendron by discussing all the essentials including climate considerations, plant selection, preparation and care. WHAT DO I NEED?

The Protea family (Proteaceae) require a special assortment of conditions to flourish i.e. free-draining soil, wind, sun exposure (age-dependent) and mild temperatures (1). Like most plants, when grown outside its natural habitat it will require some adjustment. Carefully consider each of the following aspects:

To be able to encourage your Protea to grow and bloom, you will need to know what they like and how that differs from where you are.
Where do they come from? The largest proportion of species form part of the Southern Cape where temperatures oscillate between 7 and 15°C (coldest months). Rainfall will average between 250-650mm per annum with the largest portion in winter (2). Some species go semi-dormant in summer due to the lack of rainfall. These conditions pose challenges for anyone growing fynbos in the sub-tropics or colder climates. They cannot tolerate prolonged periods of freezing and are prone to fungal infections or ‘sudden death’ syndrome when exposed to soil temperatures exceeding 21°C for prolonged periods (1). 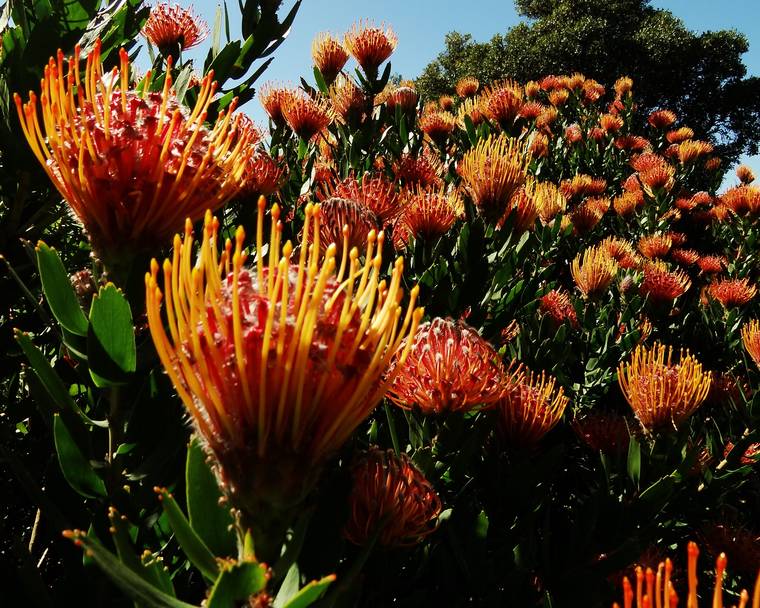 Leucospermum
I am not in the southern Cape, can I still grow them? Some success has been achieved in California, Australia and the southern coast of the UK (example Sheffield Botanical Garden). In areas that experience regular freezing, some have resorted to lifting and storing plants during winter (3). This cannot be achieved without some degree of mortality. Fleecing is an option, however, these species are prone to fungal infections and might die as a result. If you start off young then it is possible to grow them in containers (this will require a strict watering regime and a large pot to accommodate the root system). What does free-draining soil refer to?
The Cape coastal belt is largely a composite of sand, sandstone and quartz. Decaying plant matter provides nutrient input as well as humic acids that make the soils slightly acidic. This is the reason that your local nursery provides acidic soils for Protea. In fact Protea spp. exposed to high nutrients die as a result (3). If at all possible, one should stay away from previously fertilized soil and clay deposits. Clay soil will need rootstocks specifically developed for it. Most species will have a shortened lifespan in pots, but it is an alternative for those keen to try.
For best results: Prepare an area of 0.8 m2 with a sand/loam mix prior to planting (If you get this right everything else falls into place). Do not loosen or disturb the soil/roots when the plant is removed from packaging. Place it in the soil as is. Any disruption to the roots often proves to be fatal. Unless your area has an average rainfall lower than 500 mm/annum, your plants should not require watering. Unless you start off with a seedling, I would advise against excessive water.
Check your rainfall here.
DO NOT overhead water. This will cause several fungal diseases to develop and would be the reason why you never see similar irrigation on fynbos farms.
DO NOT water in the middle of the day. In summer, the combination of warm soil and water promotes root rot. Protea are prone to ‘sudden death’ syndrome, which is caused by Phytopthera cinnamoni (PC). The latter requires prolonged soil temperatures of 21°C in addition to moisture to infect your plant.
DO water in the early morning away from the stem, avoiding contact with leaves to minimize chances of infection.
DO water seeds/cuttings/seedlings. Seeds will require misting every hour for several weeks, whilst cuttings will need similar high moisture (in sterile growth media) to develop. WHICH PLANTS DO I CHOOSE?

Proteaceae, like many trees and shrubs, are long-term investments. This means they may take anywhere from 2 to 5 years before they flower. The most commercially available species falls within three genera: Leucadendron (for the foliage), Leucospermum (pincushions) and Protea. Given your unique requirements, you might find the following selection useful: 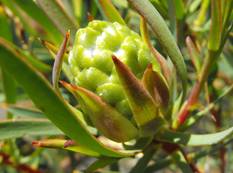 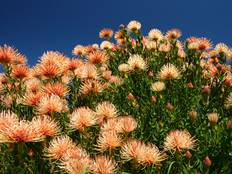 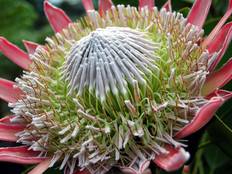 A far more comprehensive assessment of which species commonly occur in each region, can be obtained by reading the detailed chapter, Fynbos Biome, in The vegetation of South Africa, Lesotho and Swaziland (4).

The large majority of Protea are not amenable to excessive pruning. If you would like a compact structure it is best to pinch off new branches early on. This can be done just above a split in branches leaving no less than 2 cm above the fork. Similarly, it is best to ‘prune’, by cutting off flower heads for use indoors. This will allow earlier development of offshoots. Protea cynaroides or King Protea is a noted exception as it responds well to pruning. The reason for the latter seems to be associated with its lignotuber (underground storage organ) root system (1). 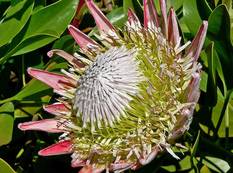 Protea cynaroides | King protea: An iconic species that tolerates pruning, a trait shared by species with lignotubers (underground storage organs).
Tillage is largely avoided as it damages the surface roots or proteoid roots. In the case of mulching, younger seedlings require a degree of protection as it would have received between other fynbos shrubs and will rarely withstand full sun. Covering the ground around a Protea may be beneficial in keeping the soil temperature from spiking, however, bark chips often contain detrimental fungus, as do straw. The best mulching medium is still other fynbos offcuts. 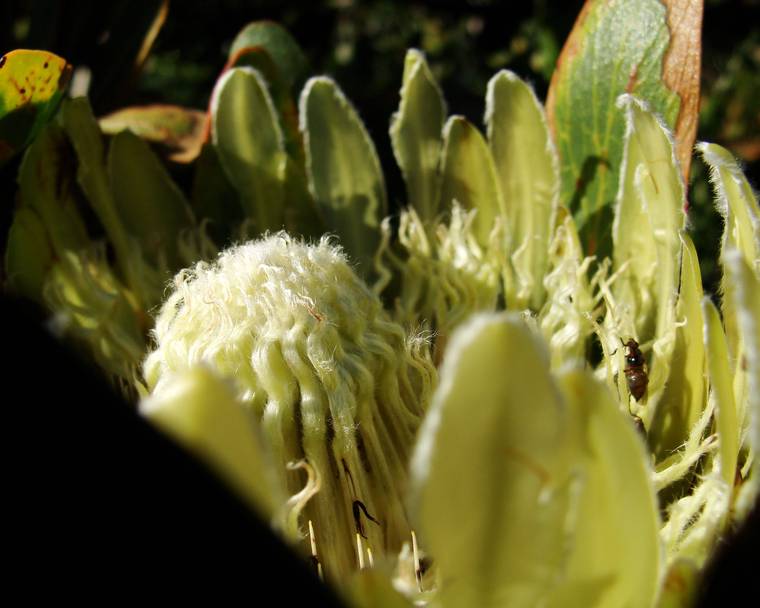 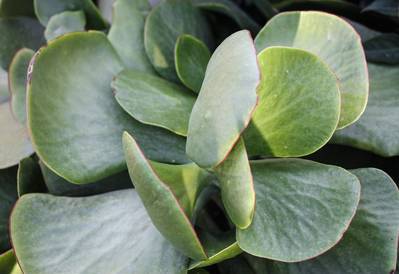 Selecting plants for a waterwise garden

In light of World Water Week, we're taking some time to reassess our water usage in the garden, ensuring that we use this...

Attract birds and butterflies to your garden with these plants

We’re celebrating World Wildlife Day today and what better way to celebrate this day than enjoying the diversity of plant and...

If you are looking for an indigenous, low maintenance, evergreen shrub to plant in a sunny spot in your garden - look no...