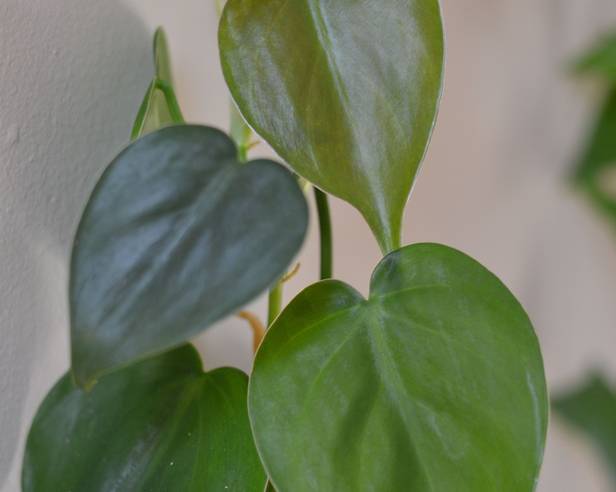 If you're looking for love today, look no further, the Heartleaf Philodendron is here to woo you from beginning to end. The Heartleaf Philodendron is named such because its leaves are formed in the shape of a heart. Although you'd think that with this obvious observation there would be no difficulty in classifying it, there was actually a 180-year-old argument about its correct designation, only settled once botanists all agreed that the varied plants they had been looking at belonged to the same species. Also called The Sweetheart Plant, this Philodendron originates from the forests of the Solomon Islands. In the wild, these plants vine themselves up against trees with aerial roots supporting their fast growth - they're in fact so fast, they can grow up to a meter within a year. At home, in the apartment, you can mimic this tendency by securing the vines with small clasps against your walls to create a wild jungle look. If you're up for something less wild, these beauties also make for great hanging basket plants.
Fancy yourself a Heartleaf Philodendron? Check out some of the varieties of vining Philodendrons below. 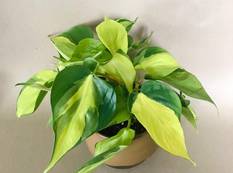 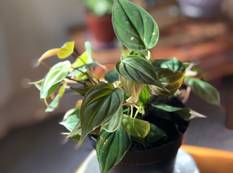 If you picture them in their natural habitat it's not hard to see why these plants are ok with low light. At the bottom of the forest floor, there isn't a lot of light, to begin with. However, these guys would be happiest with indirect bright light, just as you can imagine them creeping up trees in search of that little bit of light. Keep your Heartleaf Philodendron moist in summer but make sure excess water can drain away. You can allow your plant to dry out between waterings in winter. Feed regularly in the growing season of spring and summer. If you're absolutely in love with your Heartleaf Philodendron, then take note that they're rather easy to propagate. You can cut a leaf tip or stem section and then put them in water until little white roots show, at which point you can transfer them to the soil. If your leaves are bleached, they have had too much direct sunlight and you should consider moving them further away from the light. Yellow leaves are often a sign of overwatering.

Have a Heartleaf of your own? We'd love to see! Share it using the hashtag #HeartleafPhilodendron