10
Having a youngster currently going through school means I am constantly being re-educated on English grammar. A quick fact check, and I can confidently say the plural for Crocus is crocus or crocuses (inflected form) or croci (although it's a borrowed Latin word). I tend to use crocuses.
Any way you choose to describe them, they are beautiful. At a time of year when everything else is muted, their bright colour draws our attention (and the insects) and lightens the heart.
This queen white-tailed bumblebee was taking advantage of the late February sunshine

Crocus comes from the Greek κρόκος (krokos), which is believed to trace back to a word from the ancient India language Sanskrit, "kunkumam" (कुङ्कुमं) for "saffron."
There are over 90 species in the Crocus genus that may have been cultivated by humans as early as the Bronze age. Originally used as a spice throughout the Mediterranean, Middle East, Central Asia, and Western China, they started to be cultivated in the 16th century for ornamental gardens.
Image by Johan Puisais from Pixabay

Crocus sativus is the Autumn flowering species grown for the spice trade. The red stigmas are hand-picked and then dried to produce saffron. Per gram, it is more expensive than gold.
The corm is believed to have originated in Greece as a mutant form of the wild C. cartwrightianus species. This species is self-incompatible as well as male sterile. As a result, propagation has to be done by dividing the corms by hand.
Image by Ulrike Leone from Pixabay
Saffron can be used as a spice to flavour and colour food, as well as in herbal medicines to tackle a range of symptoms such as coughs and sore throats. It may also alleviate anxiety and depression and act as an aphrodisiac. Extracts of saffron are also used as a dye for cloth and as a fragrance in perfumes.
Frustratingly for me, I can never get this crocus to flower again after the first year of planting, and I do like adding it to Paellas.
Image by Karsten Paulick from Pixabay

Having been brought back from Constantinople in 1560 by the Holy Roman Emperor's ambassador Ogier Ghiselin de Busbecq, corms were sent to Leiden's botanical garden (Netherlands), where they were rapidly cultivated and hybridised.
This is a blessing to us as their continuing popularity means it is possible to choose varieties that will provide flowers from Autumn until Spring. Here are just a few: 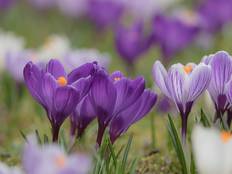 Location is the key to getting this genus to naturalise as they prefer full sun with free-draining but fertile soil. Ideal for rock gardens, they are also easily grown in containers.
Autumn flowering types need to be planted in early summer, where the bulbs will be baked throughout the summer. Winter and spring-flowering varieties need to be planted in autumn. All need to be planted at least 3cm deep.
Give the plant a feed with a slow-release fertiliser during the growing period. If you are trying to get the plant to naturalise through grass, avoid cutting until the foliage has died back entirely.
My last planting of Saffron bulbs produced leaves last autumn but didn't produce flowers. So, I'm off to relocate them to a different spot in the allotment and hope they provide this year. But I'll have to be quick when they do. Harvesting by hand the morning, the flowers open gets the best flavour.
Any tips for a bumper crop would be gratefully received!

It's never a bad time to buy bulbs: 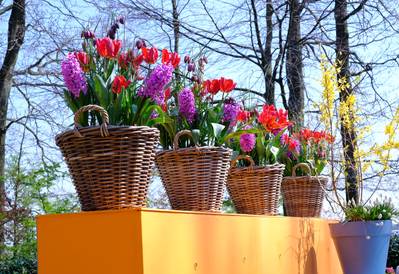 Remember to sow thinly using fresh compost and vary the seed covering as instructed on the seed packet. Water only with clean... 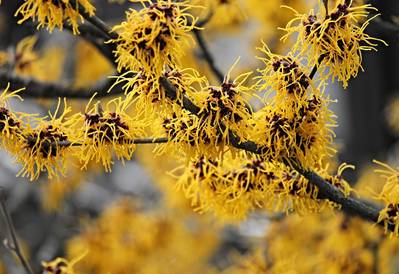