Most weeds do not grow in random places. Specific species thrive in particular conditions and even may have a reason for invading various spots.
When we understand why persistent weeds are present, we can often change those conditions. And with the no-dig method, we can clear weeds without even removing them.

My no-dig garden at Homeacres grows almost no weeds, so I have more time to sow, plant and harvest
Marestail (Equisetum hyemale) lives mostly in damp soil, close to ditches and at the bottom of slopes. Improving drainage reduces the likelihood of it appearing, but few of us can install a system of drains.
My approach is always to work from the surface, adding organic matter to encourage soil organisms to eat and be merry, multiply and gradually improve structure. You will still need to keep removing the shoots of new marestail, but this should be a lot quicker and easier than from disturbed soil. 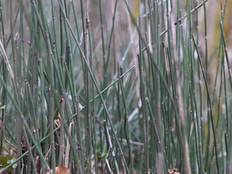 A stable soil structure is crucial to solving weed problems, as often weeds appear to correct damage to the soil. For example, you may know the saying 'chickweed follows the rotavator'. Chickweed roots proliferate into a dense mat which holds together the ground which has been broken apart by rotavators.
By doing this, chickweed heals soil after excessive cultivation and allows other organisms to return. In healthy soil, there is no reason for it to grow. At Homeacres 3000 square metre no-dig garden, I see less than ten chickweed plants a year.

Common chickweed
With perennial weeds, it’s far more effective to kill them by covering with mulches, instead of trying to remove all the roots manually. Thorough digging causes terrible damage to soil structure and results in new weed growth, as they work to heal the disruption.
In 2013, when creating a new garden at Homeacres, I noticed a large area of couch grass (Elymus repens). I laid thick cardboard on top of it, then compost which I then planted into. The plants cropped nicely, and the couch grass died in the darkness. A few new leaves did appear and I kept pulling them out, so by August, there was no more couch grass coming up. 100% clearance thanks to no dig. 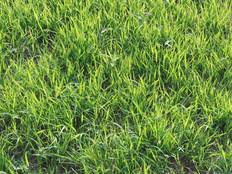 Laying down cardboard before compost

You can learn more about soil, weeds and easy ways to clear them in my online course.

The first aspect of plant companionship is simply about plants being together in close spacing. The spacing is especially...