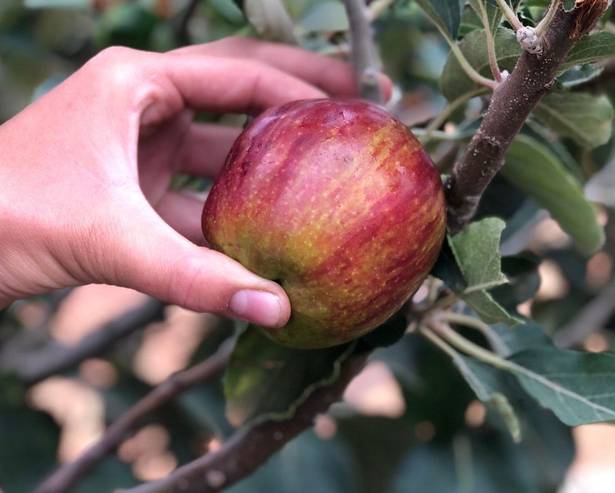 Thanks to patience, a spot of ‘trial and error’ and a dusting of mystery, Babylonstoren is now home to some historic apple species. From the Witte Wijnappel and the White Winter Pearmain dessert apple to the Flower of Kent, each of these special varieties has made its journey to their current spot at Babylonstoren’s heritage garden. 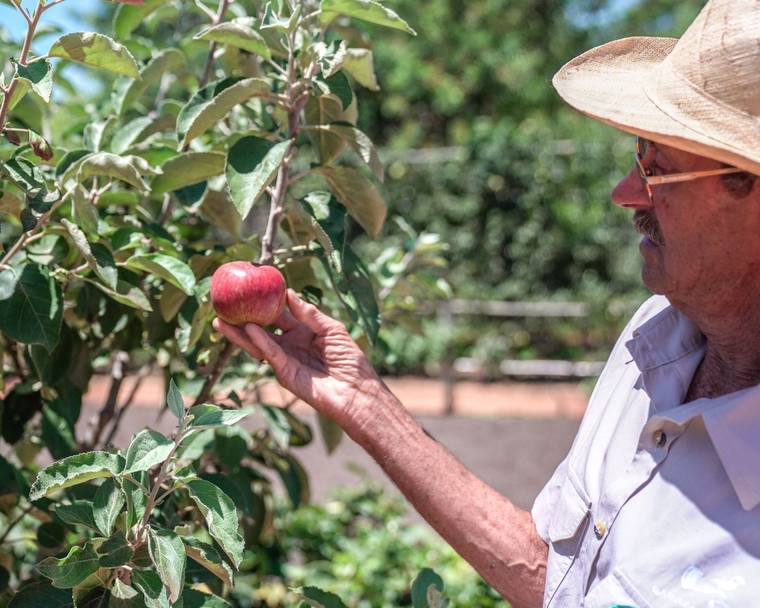 Anton Roux, horticulturist and master of secateurs, has been with Babylonstoren from the very start, helping to establish and grow our garden. With much research and grafting since 2013, Oom Anton, as he is affectionately known on the farm, brought back these forgotten apple varieties and harvested the first handfuls of fruit at Babylonstoren.

As the story goes, this apple is credited with sparking Isaac Newton’s laws of universal gravitation when he saw it falling from the Flower of Kent tree. First recorded in 1629, this variety is a direct descendent of one of the most important heritage trees in Britain. 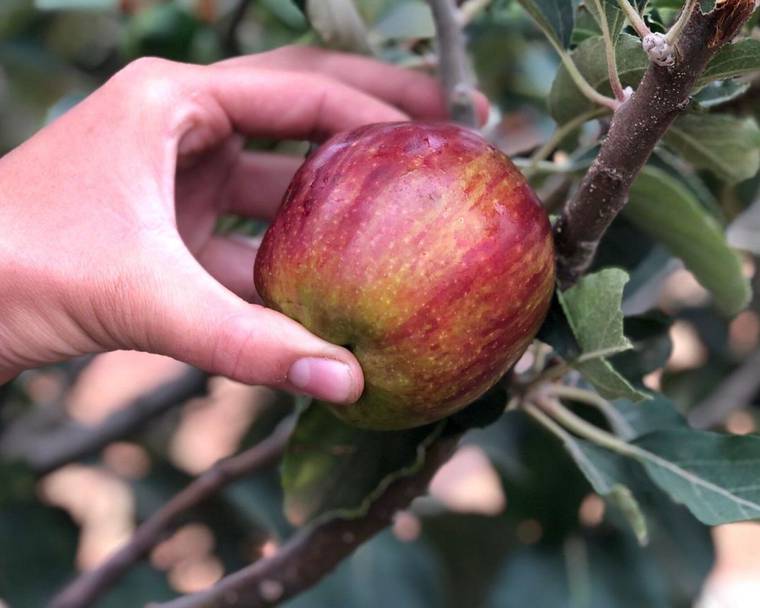 Jan van Riebeeck planted apple pips in the Company’s gardens at the Cape of Good Hope during December 1652. This variety was recorded in the diary of the Dutch governor to the Cape as the first apple to have been picked in South Africa, when he harvested the first two Witte Wijnappels on 17 April 1662. The Wijn apple was popular as both an eating and cider making apple. Babylonstoren’s own Witte Wijnappel was planted in August 2019 and is a variant of the original tree in the Netherlands. 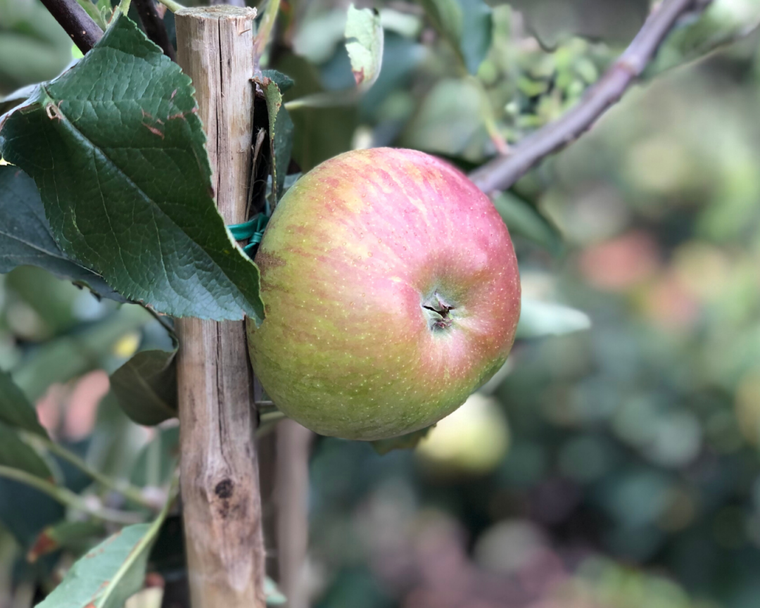 First recorded at the Cape in 1723 by Francois Valentijn (a Dutch minister, naturalist and author), the Kroonappel was referred to as the ‘kroontjieappel’ (crown apple in Afrikaans) by Langkloof growers in the 1900s. The tree at Babylonstoren was grafted in 2015 and is a direct descendent of a very old Kroonappel tree grown in the Langkloof, Western Cape. We harvested the first apple at Babylonstoren in March 2020. 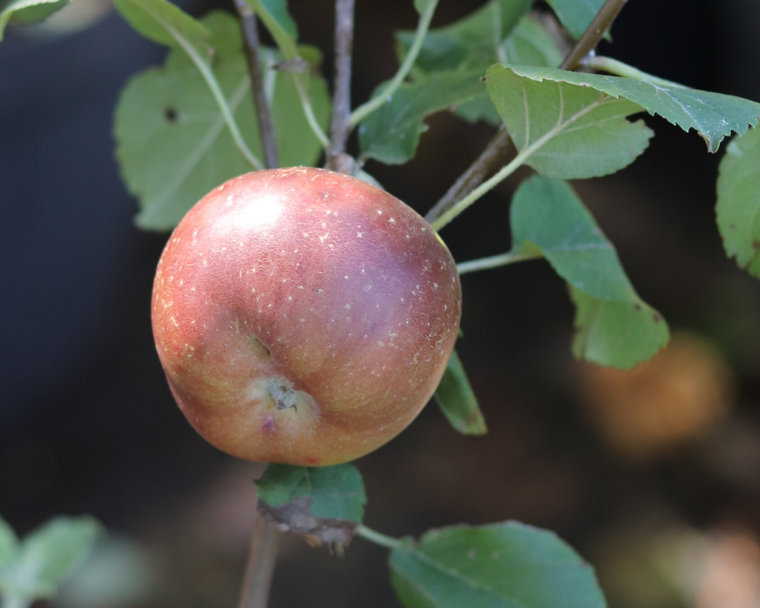 A genuine Cape seedling apple grown in the Wemmershoek valley (Cape Province) in the early 1900s, the Wemmershoek apple was a very popular variety in South Africa. This is an extinct variety on the list of heritage varieties and, like the other heritage apples, no longer in commercial production. It was first discovered as a seedling where the Wemmershoek dam is today, between Franschhoek and Paarl. 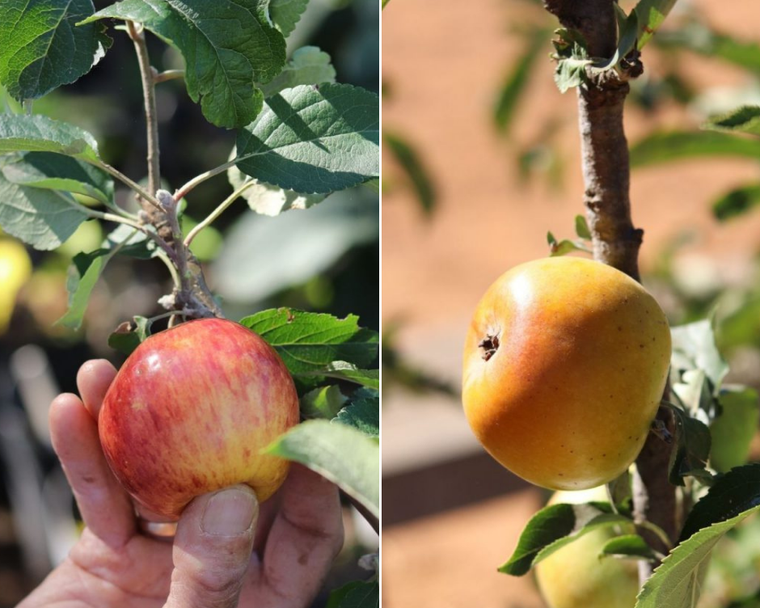 Believed to be the oldest English apple variety on record, the White Winter Pearmain apple dates back in the history of Norfolk (England) up to 1200. This heirloom variety was first planted in South Africa in 1922 by the Elgin apple pioneer Ms Kathleen Murray. One of the main SA varieties exported to European markets in the 1960s.

This variety originates from New Zealand, and it is believed that the well-known nurseryman Mr HEV Pickstone imported it during the late 1800s. First planted during 1900 at Oak Valley Estate, Elgin. The first fruits were exported to European countries in 1929 and by the 950s, Dunn’s Seedling constituted 28% of all apples planted in South Africa. 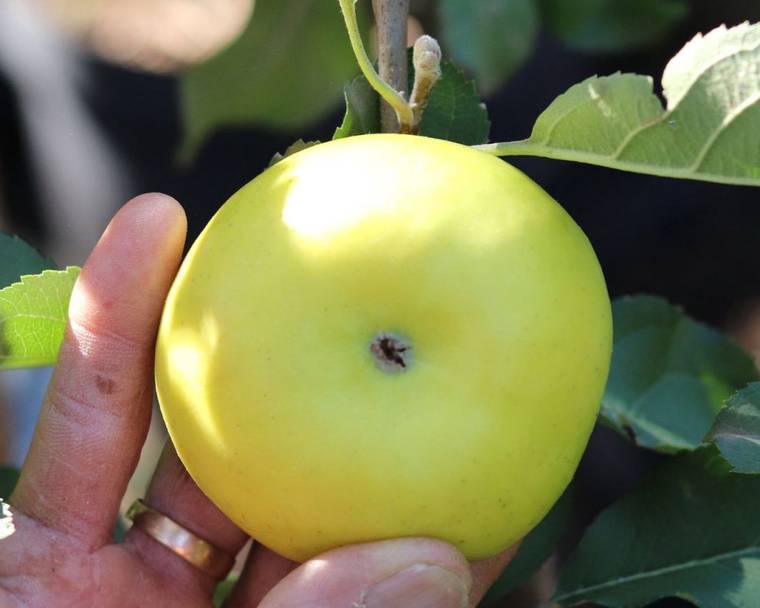 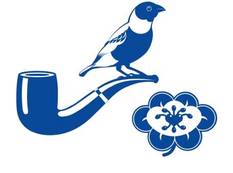 The Giants of Tomorrow

In the winter months on the farm, most of our fruit trees and plants enjoy a well-deserved rest while their roots soak up the...

The most zesty citrus varieties to know

Citrus is the world’s most important tree fruit crop and at Babylonstoren we take great pleasure in celebrating this versatile...

Horticulturalist, pruning maestro and, in our view, a botanical alchemist, our beloved Anton Roux recently celebrated a...