We kick off this month's series on 'Ancient Plants' with one of the world's oldest civilisations, Egypt. The desert landscapes and nomadic people lived in an eternal flux with water that is as important today as it was then. Why then do the Hieroglyphs depict gorgeously lush gardens in an otherwise arid environment?
The reason behind this may lay with the cultural importance of flowers. They show up on depictions of war chariots and coffins while being presented to lovers and gods alike. In this instalment we will explore the history behind plants you might very well have in your own garden, to see how they link us to the past.

Archaeological studies show that Egypt was home to formal gardens dating back to 2575-2465 BC. The original remnants (carbonised remains, roots, seeds and pollen) paint a flamboyant picture of water-filled gardens. The flowering lotus and papyrus appear in both temple gardens and everyday life.
You might even recognise some of the species commonly grown like: Corn poppy, Water lily, Carob, Common fig, Olive, Coriander and many more. In light of this, we chose three reoccurring plants to discuss in a bit more depth. Papyrus was one of the first forms of paper as we know it today.

Papyrus or Cyperus papyrus is probably one of the most well-known plants of ancient Egypt. It formed the base of old scrolls, some of which are still visible in museums in Cairo. The harvested stalks were split, placed perpendicular and beaten/pressed to form a thin layer on which to write. The stalks contain a natural glue that held the fibres together.

In addition to its practical use, the flowering stalks also played an important cultural role. Entwined with lotus flowers, the stalks were presented at burials or as offerings. Today you can walk into most garden centres and find them as a decorative addition to ponds. Unbeknownst to the average gardener, the unassuming foliage hides a rich history.

The gorgeous Egyptian lotus symbolised rebirth and were common sights in ancient tombs. Artefacts depicting the god Nefertem as emerging from a lotus flower are among the relics of the era, yet the flower looks oddly familiar don't you think? The blue water lily or Nymphaea nouchali var. caerulea, occurs through most of Africa, including subtropical areas of southern Africa.

Hundreds of years after the ancient Egyptians, Cape Malay residents harvested the flower stalks as a food source in curry. Today this practice is rarely in use as Aponogeton distachyos or 'waterblommetjies' are used as substitutes. Nonetheless, the stalks make for a delicious vegetarian dish. 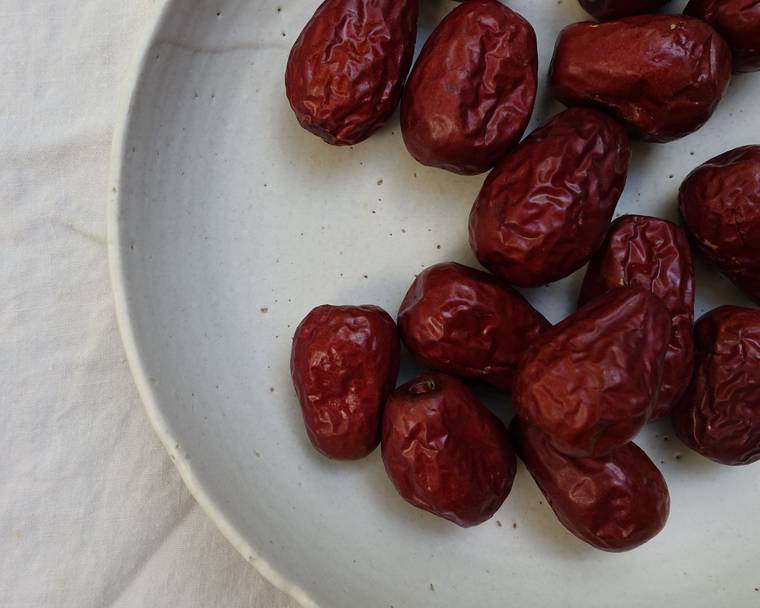 Dates have been a consistent food source for millenia.

Edible crops naturally form the groundwork for a thriving civilisation. One such crop was Phoenix dactylifera, more commonly referred to as the Date Palm. The sweet fruit formed a staple for many households in both Egypt and Mesopotamia. The dates we know today is actually from a completely different source than the original, which was thought to be extinct. 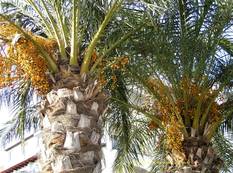 In 2005, a group of researchers achieved world-renown for germinating a 2000-year-old (carbon-dated) seed of the original Judean palm. This astonishing achievement has lead to the genetic sequencing of the ancient palm and some interesting discussions of seed longevity. For more on the subject see the video below.

Some flora have both a human and a natural history that keeps on evolving as time goes by. As a gardener, you have your own history with plants that might not be recorded on a stone tablet, but is equally as meaningful.
The world of plants is vast with a history to match our own. I hope you enjoyed this first look into the ancient wonders of the botanical world.

Please leave your thoughts in the comments below and be sure to tune in every Thursday for the next instalment.

The story is almost biblical; a comeback like Lazarus. Dragonflies have been around since prehistoric times and have evolved into the most agile of aerial hunters. They only grace...

Ancient plants set to reproduce in UK after 60 million years

In what is believed to be the first time in 60 million years, two cycads of the species Cycas revoluta, have produced cones...