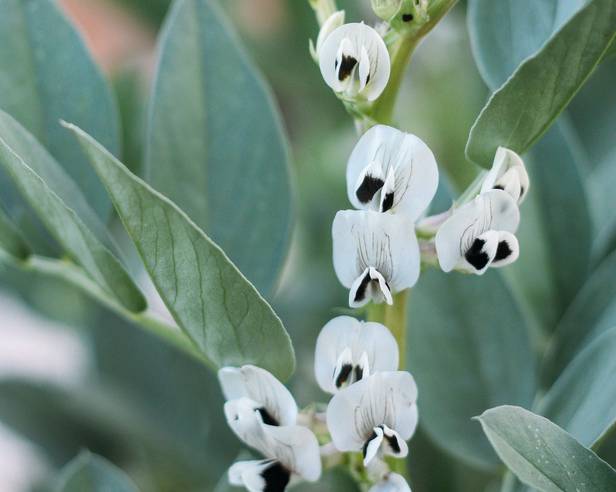 As a vegetable gardener, one of the most important factors to consider is the health and fertility of your soil. Good soil quality yields good quality crops. One of the ways in which you can enhance your soil is by sowing and growing green manure, also referred to as ‘cover crops’.
Green manures are plants specifically grown to be dug into the soil after their growing season. After drawing the goodness from the soil, these plants are tilled into the soil where they will decompose and release all this goodness back into the soil, in a form readily available for the next season’s crops.

Protects the soil during winter
Green manures are very valuable when it comes to protecting your soil during the wintertime. During winter, when soil is left to rest, instead of having your soil left bare and exposed to the elements, plant green manures to protect and preserve this precious black gold.
Nutrients: Waste not want not!
Green manures help to recycle nutrients. These plants will soak up nutrients left by your summer plants and prevent the winter rains from washing them away. Furthermore, when green manures are dug into the soil after the growing season, the nutrients are slowly released into the soil and made readily available for the next crops.

Improves the soil texture
In spring, the green manure crop remnants are dug back into the soil, which will increase soil nutrient content and improve texture as it helps to break down hard soils by the addition of organic matter. Improved soil texture also results in the improvement of drainage and soil water retention.
Discourages weeds
Bare and exposed soil is an open invitation for weeds to gladly proliferate. Growing green manure in open plots will prevent weeds from establishing and spreading.
Attract pollinators and beneficial insects
Some green manure crops, like the Mustards and Phacelia, produce attractive flowers which lure beneficial insects and pollinators to your garden, who in turn, pollinate your crops and provide natural pest control.

Aesthetics!
Besides improving your plot in a multitude of ways, green manures also add to the beauty of the garden. Adding lush green texture to the dull winter garden, some even providing splashes of colour with their flowers.

Mustard | Sinapis alba
Using mustard cover crops has numerous benefits, notably, their ability to manage soil-borne pathogens with the compound glucosinolate. Their bright yellow flowers are also a favourite for bees and other pollinators.
*Tip: Mustards are part of the brassica family so cannot be planted in an area that has previously grown brassicas as it can increase the buildup of clubroot and other related diseases. 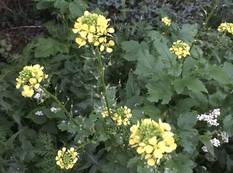 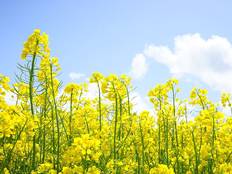 Common Vetch | Vicia sativa
Common Vetch is a hardy legume that overwinters well. It's good for drawing nitrogen from heavy clay type soils. Sow throughout the year from March to early autumn and then incorporate by digging into the soil in early spring.

Grazing rye | Secale cereale is an annual crop that improves the soil structure. Sow early autumn, and incorporate into the ground by digging in spring. 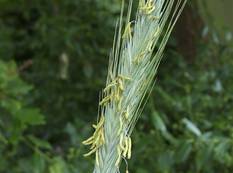 Sunn hemp | Crotalaria juncea
Sunn hemp is a fast-growing legume and adapted to a wide range of soils. These summer annuals are a great organic source of nitrogen and have the additional benefits of pest management and controlling root-knot. Sunn hemp is often planted to suppress nematodes.
Broad bean | Vicia faba
A versatile legume that is extremely good for heavy soils and help to amend the soil with nitrogen. The flowers also attract bees and other pollinators. Sow from late March to early July.
*Tip: After harvesting a bumper crop of beans, cut down the remaining plant, leaving the root system in the soil. 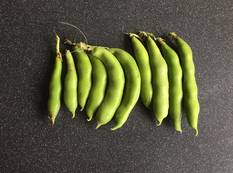 Pink Serradella | Ornithopus sativis
Pink Serradella is an autumn, winter and spring growing annual legume that is adapted to well-draining, sandy soils with a low pH. It can be planted during March and April.
Buckwheat | Fagopyrum esculentum
Buckwheat is a versatile crop, commonly grown for its triangular nutritious seed. Buckwheat has the ability to take up soil phosphorous and return it into the soil in a readily-available form for other crops. It can be grown in both summer and winter. 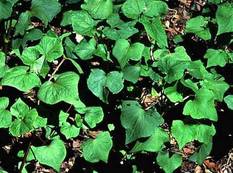 Phacelia | Phacelia tanacetifolia is known as a valuable source of pollen for bees and can quickly grow into a dense mat. Pull up the plant before it develops mature seeds.

Growing any green manure crops this autumn? Share them in the comments below!

Make your own compost

If you want to keep your plants looking healthy and lush, and save money whilst doing so, look no further than your own doorstep.