Very few gardens are static, they all go through an evolutionary process, starting off as sunny, ornamental trees and shrubs are planted for shade, windbreaks etc. and gardens develop - they start sunny and soon parts become shady, demanding an increase in the use of shade adapted plants. Trees and shrubs are the first plants established in a new garden. The sunny garden is often gradually turned into a shady garden which poses new problems to the gardener (there is also the positive side, less frost damage under trees and near buildings!). As the trees and shrubbery increase their canopy, grasses and many sun-loving plants are deprived of light and sufficient moisture and nutrients. The result, dry shady earth. This is also especially true for the winter rainfall region in the Western Cape. The surface roots of the trees and shrubs also provide severe competition for other ground-layer plants. Buildings also ensure lots of shady microhabitats, such as the south side of a building remaining cooler and retain moisture for longer periods. Fortunately for each shady situation, there is a suitable indigenous solution, even for fences, focal points etc. South Africa harbours one of the worlds richest floras, with several botanical hotspots; and many of our shade plants are international hits. Hen & Chickens or spider plants (Chlorophytum comosum) are one of the examples, regarded as the second most commonly grown shade plant. Clivia are increasingly used, and others such as Plectranthus gaining popularity. Sansevieria surviving on so many shady stoops, one of the hardiest, can tolerate neglect and abuse to the extreme! The number one survivor of total neglect!
“

"Fortunately for each shady situation, there is a suitable indigenous solution..."

What makes our shade-loving plants so special? Most have drought-adapted features, thus, tolerant of dry shady conditions. These features include shallow subterranean fleshy roots or water storage parts such as bulbs as well as above-ground fleshy parts. The latter include leathery to fleshy leaves. Most of these plant originate from dry forested river valleys in southern and eastern parts of South Africa (the southern & eastern Cape as well as KwaZulu-Natal a shade-tolerant botanical hotspot).
Well adapted to forest disturbances, prolonged droughts, rainfall at any time of the year, and tree root competition, the main reason for their success in gardens thus where similar conditions reigns. There is therefore a suitable indigenous shady solution for all the major horticultural categories, even trees. These include shrubs, accent plants, climbers, ground covers etc.; thus even for shady fences, there is a suitable plant. Establishment is vital, especially in a new area to be planted up. Subsurface competition is for water, nutrients and space, an intense battle for survival. Tree and shrub roots are the main culprits. However, once the shade plants are established, they would be able to cope better with dry conditions. The first year it thus crucial to provide a solid foothold. The soil should be well cultivated and tree roots removed and soil conditioned with compost.
Soil is the basis and the most important part of a garden. Most shade-adapted plants grow in slightly acid soils but some will tolerate soils with a higher pH. The upper layer of the natural forest is rich in leaf debris. This acts as a constant, slow-release fertilizer. The shade plants are naturally fed by falling leaves. That is why it is so important to keep this leaf litter layer. In the garden, this can be supplemented by adding compost, leaf mould or chipped bark. 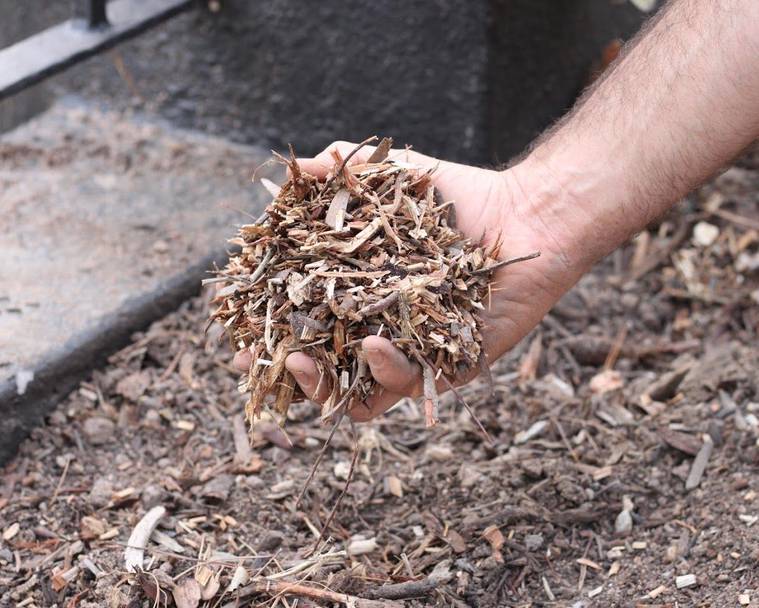 Ground-living organisms continuously break down leaves and turn it into humus which plants can utilize. However, they need efficient moisture. Traditionally leaves and branches were carted away and our gardens impoverished. Thus important leaf mould organics or compost feeds, retains moisture and is essential for ground-living organisms. Additional feeding with natural products such as bounce-back can be added which would vastly improve plant health and condition. Old tree stumps act as slow-release, although taking years to decay they contribute to the health of the shade garden. Ample bone meal will also be beneficial. Embankments due to their sloping gradient rapidly lead to soil erosion and best planted with shade-tolerant plants which are good soil binders. It includes plants such as Hen-and-chickens (Chlorophytum comosum), Forest onion (Ledebouria petiolata), Plectranthus species etc. Embankments can also be terraced with dry stone walls or making use of tree trunks. Accent plants such as Dracaena aletriformis, Encephalartos villosus should also contribute to the scenery. All which would help to combat soil erosion. Shrubs
There are many shade-adapted shrubs suitable for the various regions in South Africa. They can be established in shady parts (shade of trees, south side of buildings etc). These range from small and shrubby to almost tree size and their shapes vary from spreading to erect. Their leaves also vary in size and texture. The pioneer fast-growing species are great for a rapid result. The larger, such as the pistol bush (Duvernoia adhatodoides) and the Cape stock-rose (Sparrmannia africana) in the background blocking out views. Plectranthus ecklonii in its three colour forms ('Erma', 'Medley Wood', 'Tommy'), Plectranthus fruticosus ‘James’ and Plectranthus zuluensis are two fast-growing species when well established, being able to tolerate dry conditions. 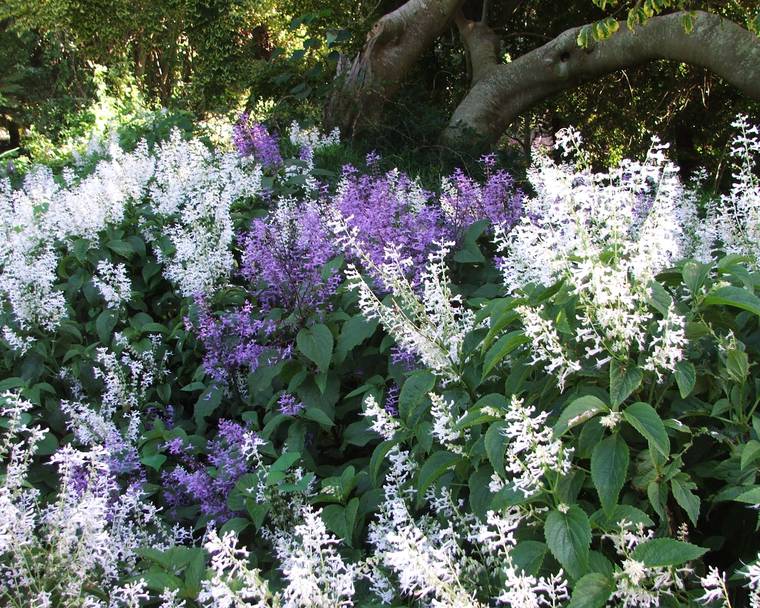 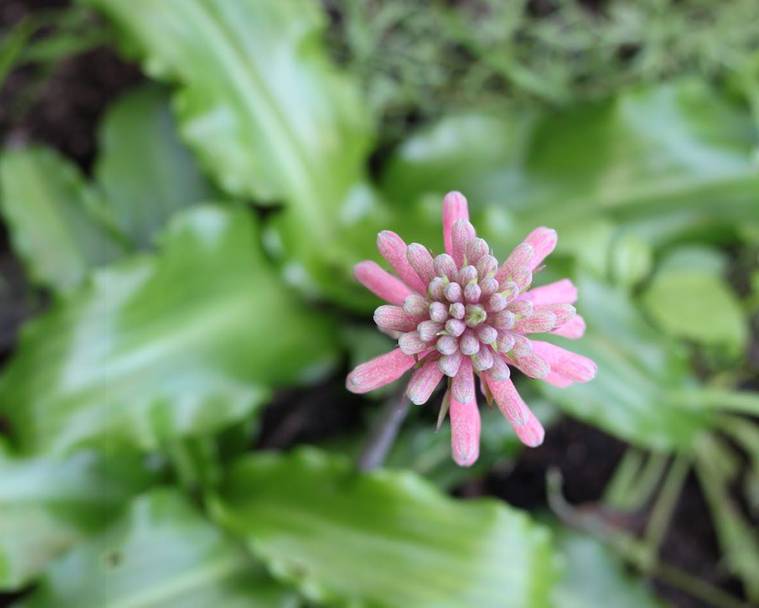 Forest lily | Veltheimia
Feature plants
Feature plants lighten up dull corners and add to the beauty of the garden. Their bold shapes or strong features eye-catching and can be used to create a special effect such as a tropical atmosphere. It includes the large-leaved Strelitzia species (Strelitzia nicolai, Strelitzia alba and Strelitzia caudata). The large- (Dracaena aletriformis) and small-leaved dragon trees (Dracaena reflexa) are also effective and the indigenous palms also tolerant of shade (Jubaeopsis cafra and Phoenix reclinata). Fairy crassula | Crassula multicava
Clivia (Clivia miniata) are also most useful, but slower to multiply, however a long term most appropriate soil binder. The forest onion (Ledebouria maculata) is a cluster forming bulb bearing spotted leaves in a rosette. The last two all great and tolerant of dry shade and easily propagated by division. The others from stolons, division or cuttings, and planted directly into the soil. Asparagus densiflorus are also very drought tolerant (fleshy roots). The variegated Plectranthus madagascariensis ‘Lynne’, Plectranthus verticillatus and Plectranthus malvinus with fleshy leaves and rapid growing ground covers. 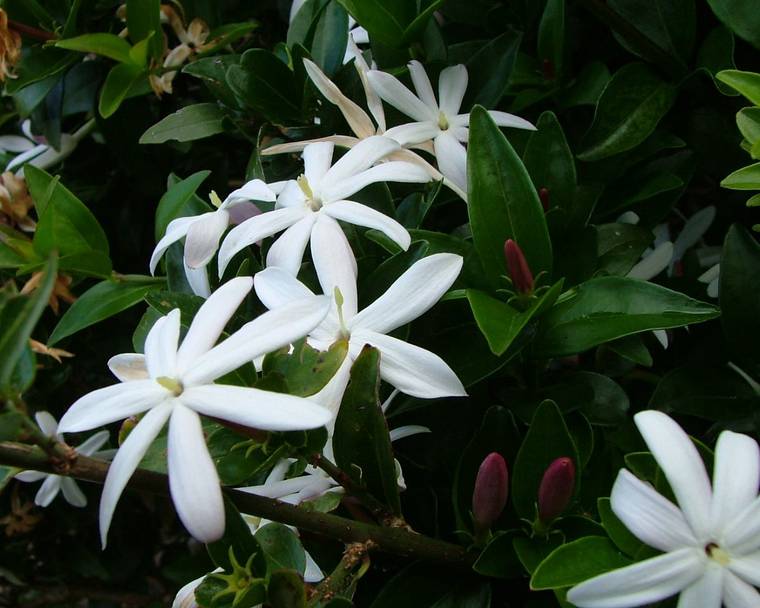 Epiphytes
Various epiphytic orchids grow well on tree bark in shady conditions. The largest the Mopane orchid (Ansellia africana) which can be established on a tree branch. They are very slow growers but with great long term results. Once established need little care. They live from debris accumulation, however, feeding would increase performance. 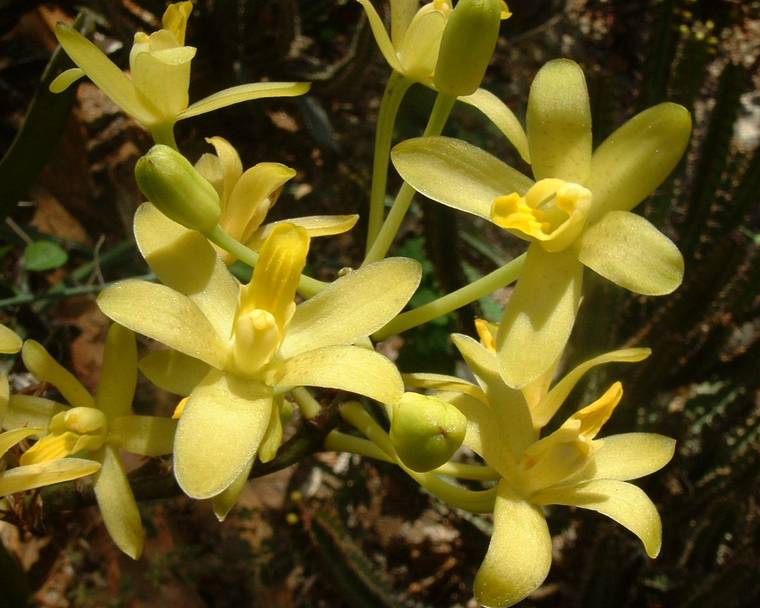 Dig into the Knowledgebase collection below for more plant options for shady spots!

Indigenous climbers for the garden

Most gardens need climbers. They can be grown on pergolas, as barrier plants along fences, against buildings to soften walls...

We have the most incredible diversity of indigenous bulbs in South Africa with over 2000 indigenous species. 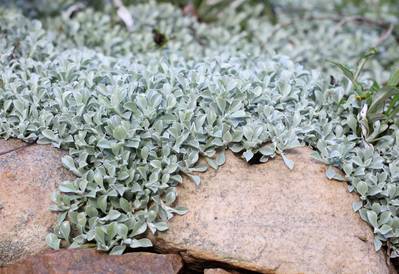 Lawns need a lot of water to maintain lush growth. Locally indigenous ground cover plants are the ideal replacements for a...