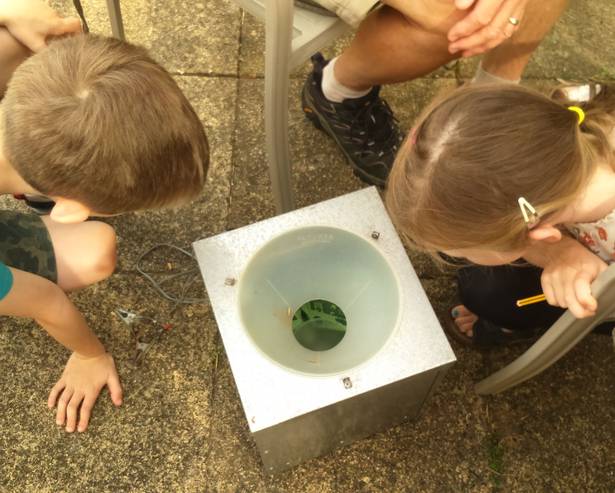 Some of my most vivid childhood memories involve jars filled with foliage in which an array of weird and wonderful caterpillars fed and pupated. My father used our garage for his moth and butterfly collection – nurturing the caterpillars until they pupated and then releasing the winged adults in a suitable habitat. 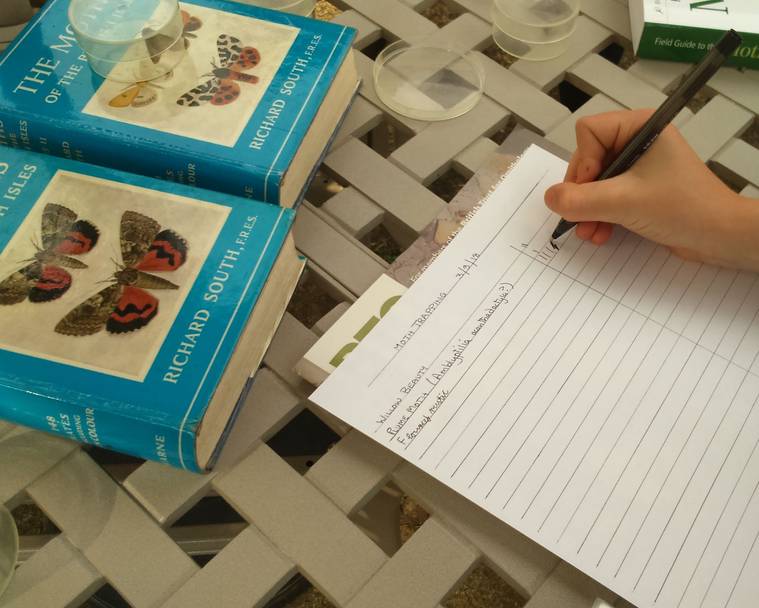 As a child, our garage was an Aladdin’s cave of wonders, so I was overjoyed when my dad dusted the moth trap off and set it last week with my children helping him. 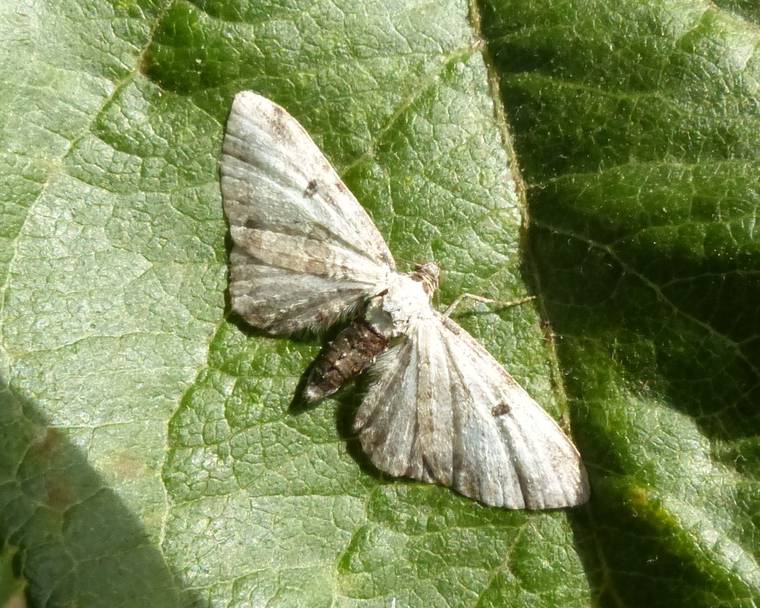 Bordered Pug
The trap was filled with egg boxes that the kids had collected and set with a light source overnight. In the morning we all gathered round to see what emerged as we carefully lifted the cardboard. Out came moths with mysterious names – the Sectaceous Hebrew Character, the Flounced Rustic, the Common Wainscot and the Bordered Pug. 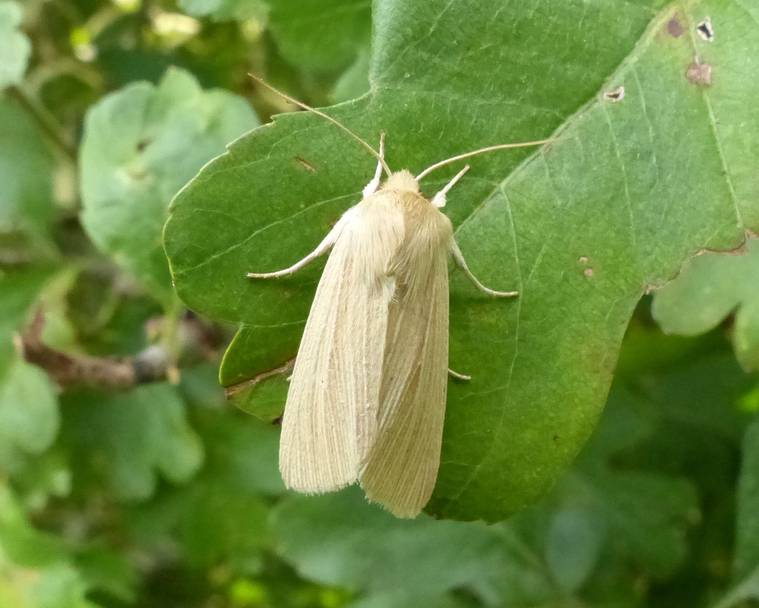 Common Waiscot
The children enjoyed the process of finding, identifying, recording and then releasing the moths. It was exciting collecting scientific data to pass on for National records. 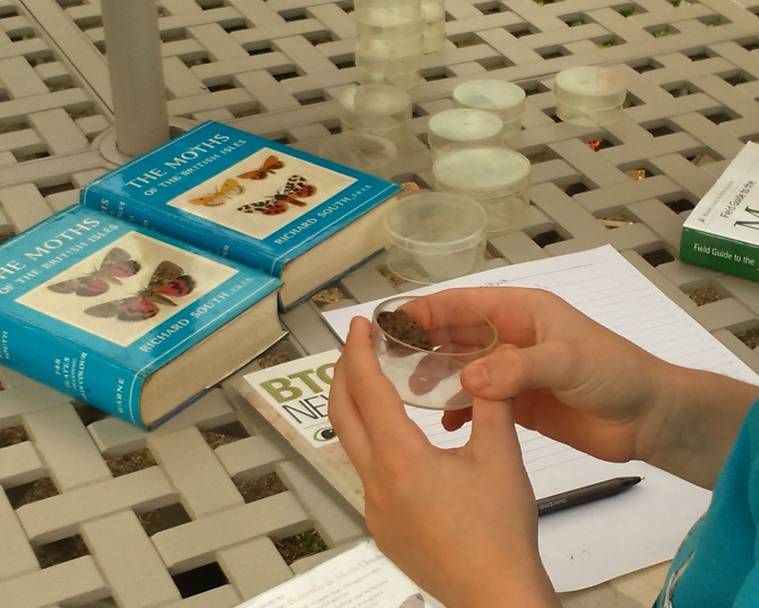 Most of all, it helps shed a little light on the mysterious nocturnal world that co-exists with us, largely unseen. Now as the nights lengthen, when the kids look out of the bedroom window they will be able to imagine the moths they identified, out there flying in the dark. 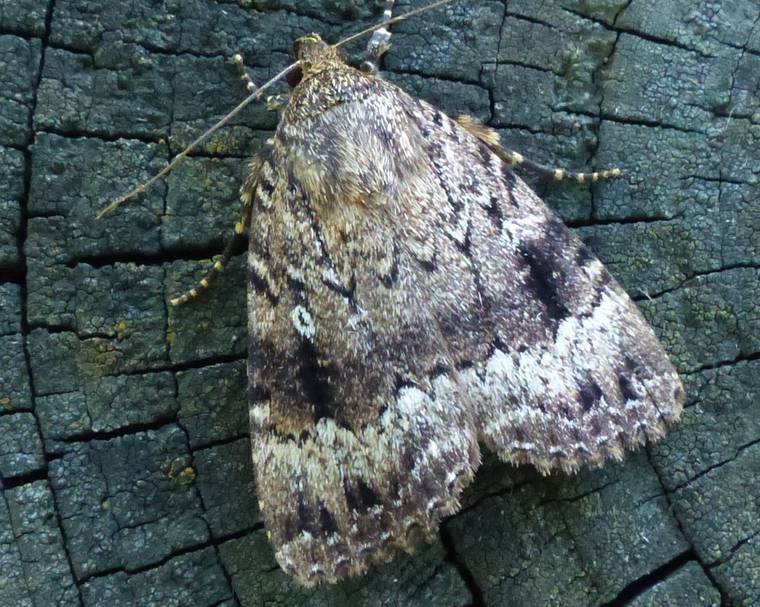 Sectaceous Hebrew Character
There are over 2,500 species of moth in the UK. Being nocturnal, moths are often overlooked despite being pollinators and an important part of the food chain. In order to get to know moths better, you can join moth sessions run by organisations like Butterfly Conservation and you can easily create your own trap with a sheet over a washing line as shown on the Springwatch website. 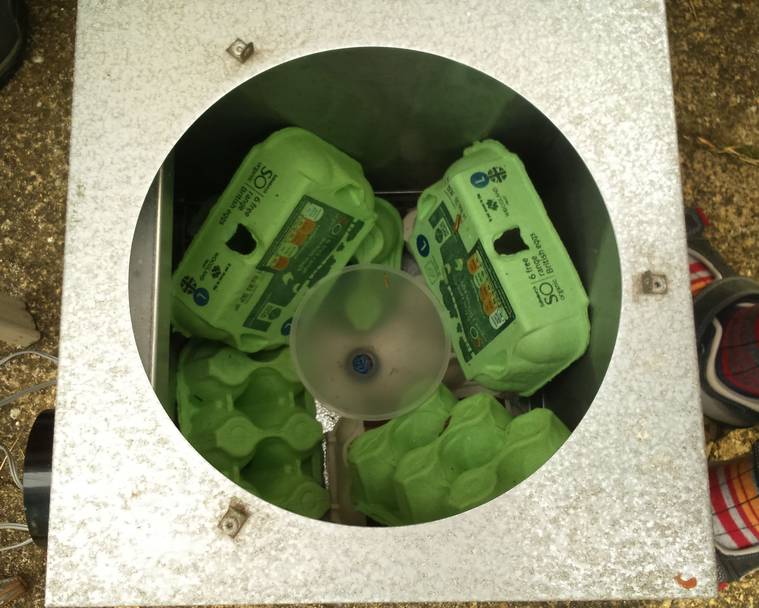 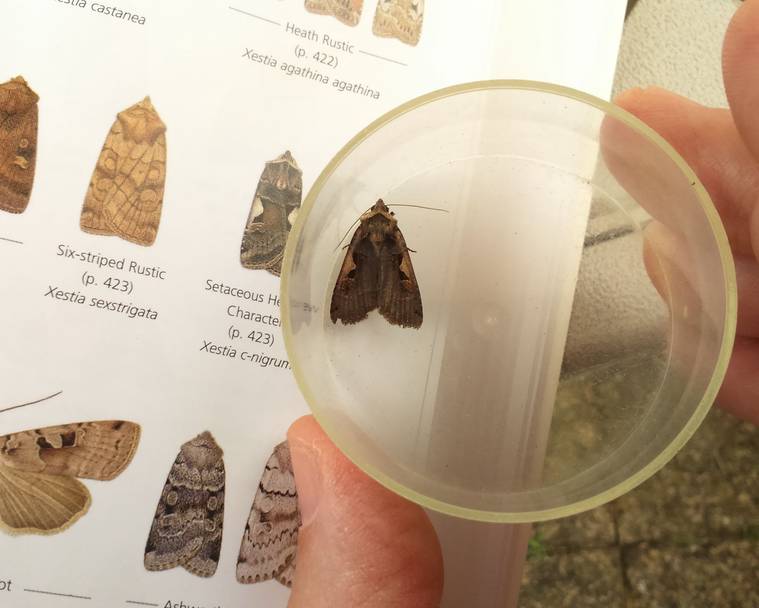 What moths have you seen this year? I'd love to see the pictures, tag #Moths. 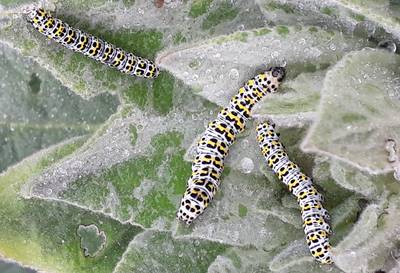 Make sure to look out for the troublesome Mullein moth caterpillar as they are out in force around this time of year! You will... 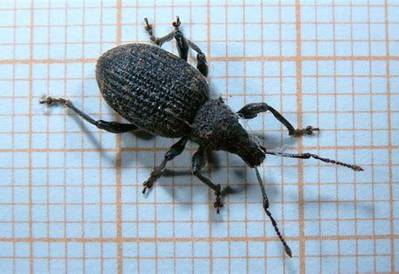 The two words that send shivers through gardeners across the land: vine weevil. My first encounter was as a young...