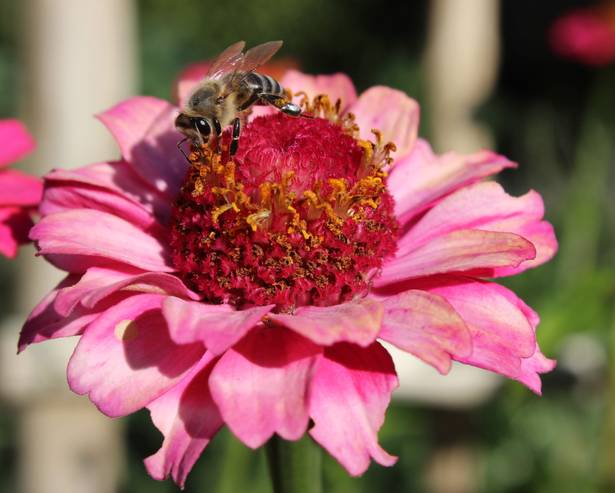 Today on Workers Day we take a look at the most hard-working creatures on the planet - worker honeybees.
Honeybees are social insects that live in colonies where each member of the hive is purely focussed on the survival of the colony. Bees are often referred to as superorganisms - small parts functioning together as a whole. In order to keep this superorganism functioning, every honeybee has a specific job to do. There’s the queen, the only fertile female in the colony, responsible for laying eggs to produce more bees. There are the male bees, called drones, responsible for mating with the queen. Come winter, drones get kicked out of the colony when their services are no longer needed. And last but not at all least, there are the worker bees - thousands of sterile female honeybees that are responsible for feeding, nursing, defending, foraging, and cleaning the hive.

Worker bees are smaller in size compared to the queen and their bodies are specially adapted for collecting and transporting pollen and nectar.
Check out the posts below to see the queen: 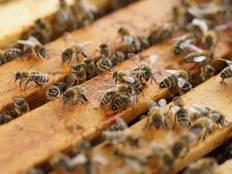 What a surprise when we inspected our bee hives earlier today: we saw the queen bee of a smaller colony. Beautiful with orange-brown abdomen. Overall the bees are very busy and we added more supers to some hives. Giving the bees more space will allow them to work more efficient. #insects

Female larvae that are fed with pollen, nectar and brood food become workers, whereas female larvae that are fed royal jelly develop into queens. After about nine days, worker bee larvae spin cocoons (pupal stage) and three weeks later fully formed worker bees emerge to start work just a few hours later.
Worker bees tend to the queen during their first days and for the remainder of their short lives, they keep buzzy.

What do worker bees do?

What do worker bees not do is the real question. Worker bees take care of most tasks in the hive and can include everything from feeding the brood to foraging for food. Tasks are related to age, for instance, the younger workers tend to the cleaning tasks and the oldest workers forage for food. Worker bees are absolutely remarkable and exhibit an outstanding work ethic. One can't help but grow in admiration of these incredible creatures when looking at their lifetime to-do list:
1 | Clean cells
A worker bee’s first task involves cleaning the cell from which she emerged and then moving on to cleaning the other cells, making make space for new eggs and for storing pollen and nectar.
If she’s a little older she can upgrade to the role of ‘undertaker’, removing dead or diseased bees from the hive to ensure hygiene standards are kept high.
2 | Feed and nurture the brood
In the next stage of life, the worker bee cares for and feeds developing larvae a.k.a. her baby sisters.
3 | Tend to the queen
Worker bees feed and groom her royal highness who is unable to do it herself as egg laying is quite a relentless task.
4 | Stock the shelves
Young worker bees collect nectar and pollen from foraging bees returning to the hive. They then deposit the nectar and pollen into the cells. 5 | Ventilate the hive
Controlling hive temperature is crucial for developing brood and honey production. Worker bees regulate the hive temperature and humidity by fanning their wings, vibrating their abdomens and using evaporative cooling mechanisms.
6 | Produce wax and construct combs
At about 12 days old worker bees begin producing beeswax that is used to build new combs, cap the cells of developing pupae and to cap ripened honey stored within cells.
7 | Guard the hive entrance
The final house-chore of a worker bee before heading out into the field to forage for food is that of guarding and defending the hive. They check each returning bee for the familiar familial scent before allowing them to enter the hive. 8 | Forage for nectar and pollen
Finally, after spending half her life in the hive, the worker bee is now ready to venture out into the field to forage for pollen and nectar.

Worker honeybees are not only important for the healthy functioning and survival of the hive, but also for the survival of man, plant species and ecosystems. A significant amount of our food supply is greatly dependent on pollination by honey bees. Our indigenous flowering plants also rely on their pollination services for reproduction and survival. One can’t imagine a flourishing garden without a worker honey bee. If you want to turn your garden into a bee-friendly haven, dig into these articles below! 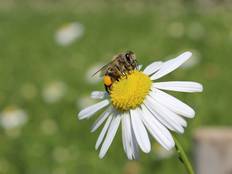 What can we do to save the bees?