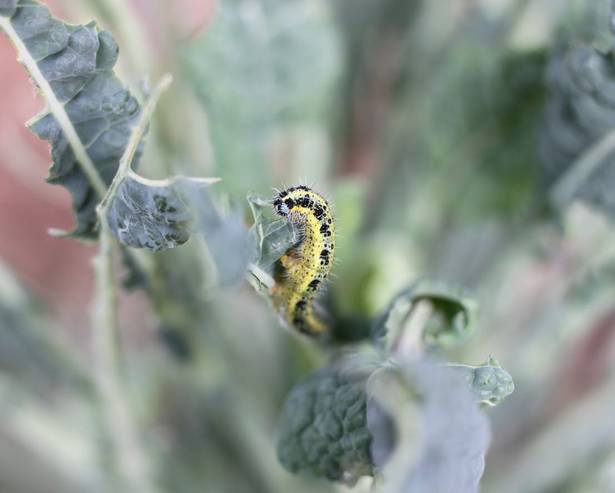 The white cabbage butterfly (Pieris brassicae) was introduced into South Africa from Europe and first confirmed records of its presence was from the Cape Peninsula in early 1994. It is widespread and common in Europe and some parts of Asia, and is a migrant in England.
The Cabbage White butterfly is one of the most common butterfly species found in South African gardens and neighbourhoods. In the Cape region, the butterflies are present throughout the year except in June. Keen vegetable gardeners are quite aware that, although the butterfly seems beautiful, the caterpillars cause significant damage to crops that belong to the Brassica family. The female butterflies will fly over cabbages to scatter masses (20-50) of yellow eggs on the leaves, where they will hatch after 1-2 weeks in the summertime.
When the black-spotted yellow caterpillars emerge, they feed in groups, gnawing the surface of the leaves. As the caterpillars become more mature, they will feed in smaller groups of 4-6 individuals, and can eventually feed individually. The caterpillars do not burrow into the cabbage heads, but rather feed on the surfaces of the leaves, sometimes leaving only skeletons of large leaves.

You would assume that clusters of these young caterpillars are a paradise for birds, but unfortunately, they are unpalatable. In addition, birds tend to avoid them because of the distasteful mustard oils the caterpillars obtain through the host plants.
Mature caterpillars pupate as a chrysalis (overwintering stage) on a plant. Alternatively, the caterpillars can walk considerable distances to pupate on walls or other structures. There are usually between 2-3 generations per year.
The different stages of Pieris brassicae: 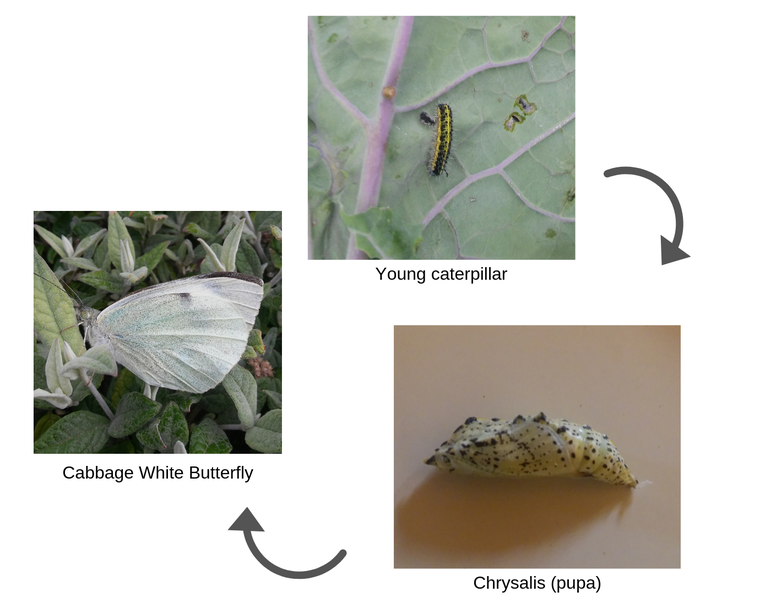 How do I get rid of them?

- Management includes the planting of nasturtiums (Tropaeolum majus) near cabbages, as caterpillars also target them. This can help with monitoring and control strategies.

- Small developing cabbage plants should be protected, as they are more affected compared to more mature plants.
- Nets can be used to cover the younger cabbages - this will prevent adult female butterflies from scattering their eggs on the surfaces of leaves.
- Inspect your crops regularly. The young caterpillars that feed as a group are easier to remove than the more mature caterpillars which feed individually. You can simply hand-pick them and kill them or throw them in a container filled with water. A few drops of dishwashing liquid also reduces the water surface tension and will allow caterpillars to sink and drown.
- Natural enemies of the caterpillars include parasitoid wasps such as Pteromalus puparum (Pteromalidae) and Apanteles sp. (Braconidae). 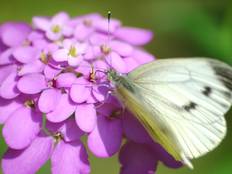 Spring is in the air and this means only one thing, a lot of plants are in bloom and gardens are becoming more alive. However...

Pest of the Month: Pumpkin Fly

There are five pumpkin fly species that look alike and are not easily distinguished from one another. They are often mistaken... 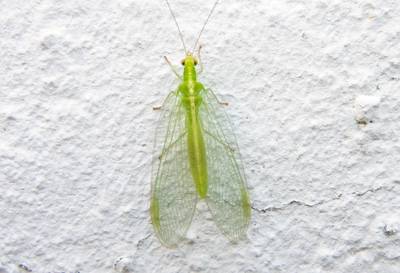 Beneficial Insect of the Month: Lacewing

Lacewings belong to the order Neuroptera. The Green lacewing, Chrysoperla sp. belongs to the Chrysopidae family. Adults are...