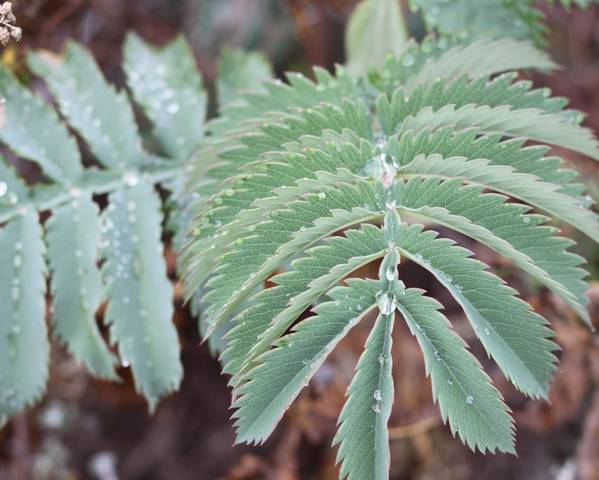 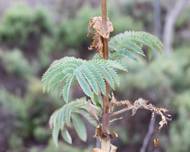 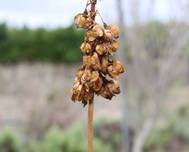 Melianthus major is a large, striking subshrub species from the Melianthaceae family. It produces large blue-grey to green leaves up to 45cm long and doesn't typically branch much, forming a sprawling shape with age. This plant forms huge bronze or maroon flowerheads that attract insects and birds due to the abundant nectar production. Indigenous to the winter-rainfall region of South Africa, Melianthus major grows actively in winter and flower from spring to summer. Melianthus major is very easy to grow, requires little maintenance and thrives in full sun and rich, moist, well-draining soil. Ensure it has enough room to spread and, if it turns unsightly during the hot dry months, prune it back hard to encourage new growth. They are also quite hardy and will survive cold winters by sending new shoots from the base come spring. The common name 'touch-me-not' refers to the pungent and somewhat unpleasant nutty odour the leaves produce when touched and also serves as a warning to the toxicity of the leaves. The genus means 'honey flower' relating to the sweet nectar the flowers produce and the Latin epithet 'major' refers to this species being the largest of the six Melianthus species. It has medicinal properties too, the leaves are made into poultices which are applied to wounds, bruises, backaches, and sore joints, but is poisonous if consumed. While the plant is fairly low maintenance, it should be pruned back heavily to encourage new growth. This species has earnt a Royal Horticultural Society Award of Garden Merit. This is a common feature plant. ZA Distribution: Eastern Cape, Northern Cape, Western Cape.

Indoor Gardens | On a Budget

How to harvest Honey Flower

To harvest seeds allow seedheads to dry on the plant. Remove and collect seeds. If the seeds are properly cleaned, they can be stored successfully.

How to propagate Honey Flower

The giant honey flower grows naturely along riverstreams, dams and in wetlands.

Colours may range from deep bronze to maroon.

Other uses of Honey Flower

Local people mostly use the leaves to make poultices and decoctions that are applied directly to wounds, bruises, backache and rheumatic joints. 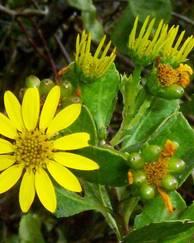 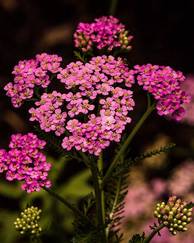 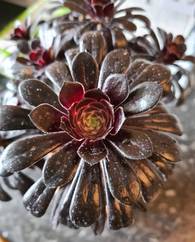