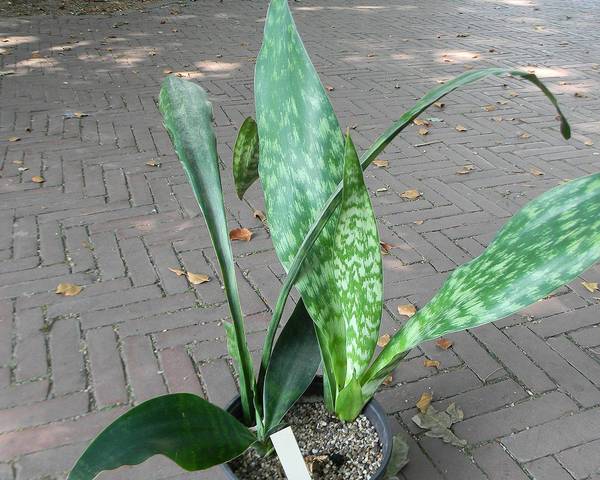 Dracaena aubrytiana is a succulent, evergreen perennial from the Asparagaceae family. It was previously well known as Sansevieria aubrytiana and is often still sold as such. It has a dwarfed habit, growing to under 30cm in height. Green leaves specked with paler green grow in rosettes. Commonly known by the names Mother-in-Law's Tongue and Snake Plant. Flowers may appear in summer or autumn, they are rarely seen in cultivation, but when they appear, they are green-white in colour and sweetly scented. Snake Plants are probably the toughest and most tolerant houseplant you can find, it's virtually indestructible and a great choice for the beginner gardener. This plant thrives on neglect and is drought resistant. Its attractive, stiff leaves don't flop or spread so it's great for tight spaces, or where you want something upright.

How to propagate Mother-in-Law's Tongue