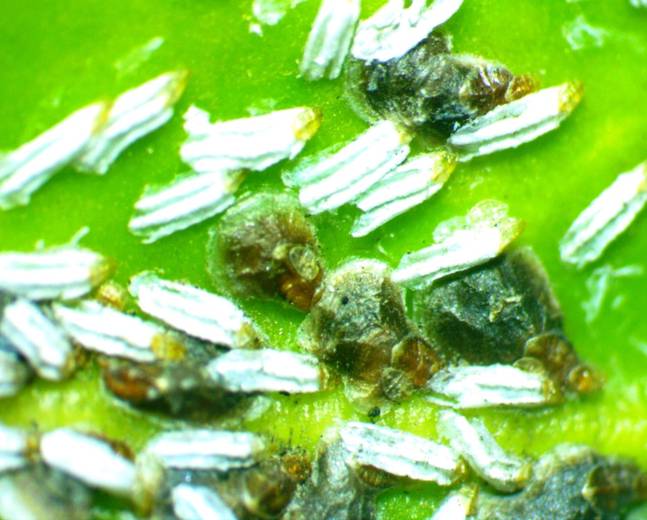 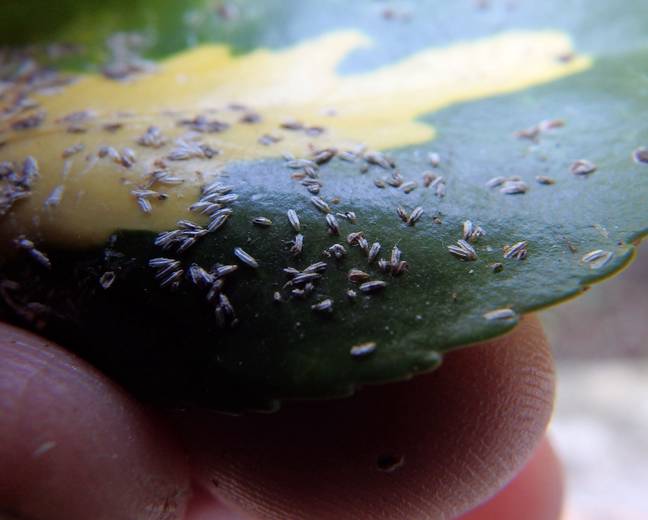 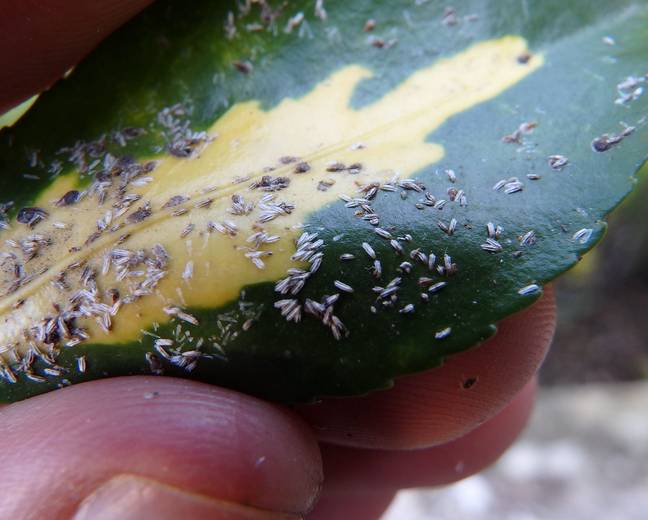 Photo by Duarte Frade (CC BY 4.0)
1 of 3
Euonymus Scale is an armoured scale, that specifically targets the stems and foliage of Euonymus. They behave similarly to insects like aphids, or suckers, which can be just as problematic. A by-product from their feeding is the plants' sugary deposits. This is secretion is called 'honeydew'. It can be a nuisance because it encourages the growth of sooty mould. In the worst-case scenario, mould build-up can prevent plants from absorbing light, so can stunt growth.
Free download for your phone or tablet

Feeding behaviour can discolour and cause leaves to fall prematurely.

The females are brown and oval. They are pear-shaped, spiky, and found on the stems of Euonymus. The males are white, narrow and elongate. These can be found on foliage.

Originates in East Asia. Introduced to Europe and America.

By encouraging wildlife to visit your garden, you can attract natural forms of biocontrol to keep pests at bay, which are free of cost! Insect hotels are a great way to this, check out the knowledge guide on 'How to make a bee hotel' for more information!

As they have a hard waxy cover they are difficult to kill with pesticides. They are also becoming resistant to insecticides so it is very difficult to get rid of them through chemical use. If you do decide to go down the chemical route, make sure to consult with your local garden centre, research well and read bottles carefully. When tackling scale, it's best to apply sprays during the earlier nymphal stages, when these insects are at their smallest and most vulnerable. These stages are most prevalent during June. 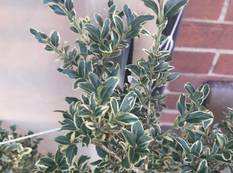