How we Empower People for Growth and Happiness 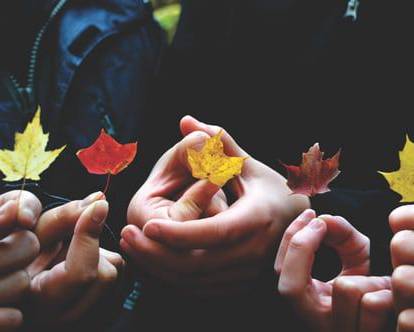 At Candide, we know that when our teams have freedom in their roles to make their own decisions, they’re happier.
We’re aware that this isn’t a new concept. According to ‘self-directional theory’ which has been studied by psychologists focusing on staff wellbeing, people are happiest at work when they feel competent to do their jobs, related and connected to others and when they have the autonomy to speak up and make their own decisions.
Researchers at The University of Birmingham also found that well-being and job satisfaction increased with autonomy.
We believe that by encouraging all of our people to set their own goals and share their perspectives about new projects, then they will be more content and better able to do their jobs.
Recently, we’ve introduced cross-functional team ‘stand-ups’ which allow people to bring ideas to the surface that may have been silently brimming before meetings. The stand-ups are divided into different teams such as ‘learning’ or ‘socialising’, which team members have chosen based on their interests. These teams include people from different areas of the business such as botany, engineering, design and marketing.
Our CTO (Chief Technical Officer), Tom, is the embodiment of the modern-day ‘manager.’ Yes, as CTO he’s technically (excuse the pun) more senior in the world of tech, but he’s keen to clarify that there’s no hierarchy at Candide.

How We’re Different at Candide

Working as part of a fast-paced tech team is demanding and isolating if creative decisions are made without everyone having the chance to get their voices heard. At Candide, we do things differently.
To give a tangible example, in the development world, there is something called 'technical debt.' Developers make short-cuts that allow you to create something quickly, but as a result, you'll probably have to come back later and fix it up.
Sometimes it's okay to take on technical debt, like when we want to get something in front of users very quickly. But with our stand-ups, there can be an open discussion about why a deadline might not be realistic. We think its better if our developers take time to build something long-lasting to benefit our users. The stand-ups allow people to collaborate and speak up about what we should do.

How Autonomy Allows Us to Fix Things Quicker Other organisations have been known to set aside a week where developers can fix all of the issues that may have built up by accruing technical debt but we know that this can create problems in the long-run.
Recently, the learning team worked on our plant-profiles which are currently divided up into two sections: information on the plants and posts. The idea was to develop a third tab to allow users to access all of the articles and posts about a specific plant.
We could have completed this very quickly and whilst it would have been functional it might not have been as beneficial for future use as we would hope. Doing this would have caused additional technical debt. So the decision was made to roll this out over a longer period of time to make sure it was completed thoroughly and with our users in mind. After all, the concept behind Candide is to give users the knowledge to be able to look after their plants and gardens better.
So, through an autonomous work culture, we are able to focus on the issues that really matter for people and innovate with our users in mind.

We believe that we have the best talent in our company. So when they feel like they are ready for new challenges and responsibilities, we make sure they are ready. They have a range of possibilities, such as going on conferences, doing courses, or getting one-to-one training with industry experts. For example, when one of our digital marketers was stuck and needed help, she enlisted the help of a local marketing expert to gain insight and solve the problem.