How to Grow Mangave, the Next Must-Have Plant

Do you love agaves for their symmetry and muscular form but fear their shiv-like spines and shark-toothed leaves? Then give mangave a try. Mangave is a hybrid created by crossing a succulent manfreda with an agave. The strikingly beautiful result has an agave’s starry form but with manfreda’s fleshy leaves and spotty variegation. Best of all, for those who don’t enjoy the thrill of danger, there’s little risk of getting poked because most mangaves lack the sharp spines and serrated leaves of the agave. 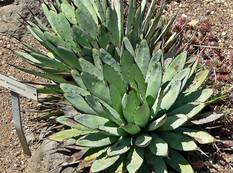 Mangave’s parents, manfreda and agave, hail mainly from the southwestern United States, Mexico, and Central America. Thus it’s no surprise that mangaves can be planted in the ground only in mild-winter climates that rarely or never reach freezing. That said, some varieties can shrug off occasional plunges into the upper 20s F, like ‘Bloodspot’, or even the low teens, like ‘Blue Mammoth’ (according to Plant Delights owner Tony Avent). But don’t let winter stop you from growing these striking, collectible plants. Many remain compact and look particularly attractive displayed in containers, which can be brought indoors for winter. Growing mangave in a pot also protects its brittle leaves, which are easily snapped by careless feet or romping pets. Even where mangave can be grown in the ground, many gardeners pot them up in order to bring them closer to eye level and show off their remarkable form and coloring, which can range from wine-red to powder-blue and include stripes or speckles.

While mangaves occur naturally, they are a plant breeder’s dream. With 2 dozen manfreda species and 270 agave species available for crossbreeding, the possibilities for eye-catching new mangaves are endless. Each year enticing new cultivars – ‘Mission to Mars’, ‘Purple People Eater’, ‘Blazing Saddles’ – appear in the inventories of specialty nurseries like Plant Delights and gradually make their way to the succulent tables at neighborhood nurseries. I fell in love with my first mangave, ‘Macho Mocha’, a beefy beauty with chocolate-spotted foliage, about 12 years ago, and every year I’m tempted to add to my collection when I discover a new stunner at my local nursery.
Like all succulents, mangave dislikes wet feet and requires excellent drainage, but it appreciates occasional watering in summer. Plant it in gravelly, well-drained soil or in cactus mix in a container. In U.S. hardiness zones 7 and higher, some mangaves can survive outdoors, but most need to be brought inside for winter. Without UV light, mangave loses its variegation and coloring, so keep it indoors only until your last-freeze date, and then return it to the garden. The same goes for shade – too much and your mangave will go plain green. Give it sun to color up the foliage.

The flowering habits of various mangave cultivars are not well documented. Whereas most agaves are monocarpic, meaning they flower once and then die, and manfredas flower year after year, hybrid mangaves seem a little confused. Some sources report that mangaves live on after blooming. But my own experience with ‘Bloodspot’ and ‘Macho Mocha’ mangaves tells a different story. After several years without flowering, each plant eventually sent up a dramatic, 5- to 6-foot bloom spike. When the flowers faded, the plant did too. ‘Macho Mocha’ produced a lot of offsets (called pups), so I dug up the exhausted-looking mother plant and replanted the largest pup in her place. ‘Bloodspot’ didn’t produce offsets, but after a couple of weeks, bulbils (tiny clones of the mother plant) appeared along the bloom stalk. I gently pulled them loose and potted them up, ending up with a dozen baby ‘Bloodspot’ mangaves. The mother plant died, but I soon had plenty of replacements.
Soaring flower spikes, pups, and bulbils, however, are mere frills on an already spectacular plant. Mangave may be the hottest, yet still relatively unknown, plant in the nursery trade right now. As soon as you see one, you’ll understand why everyone is mad about mangaves. 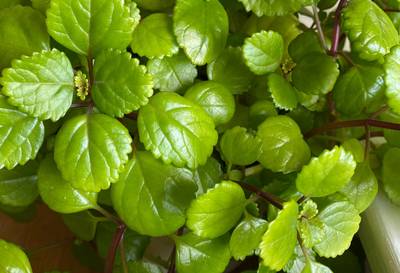 Here’s a fast growing, easy to care for plant that will boost your confidence and turn you into a propagation pro in no time.