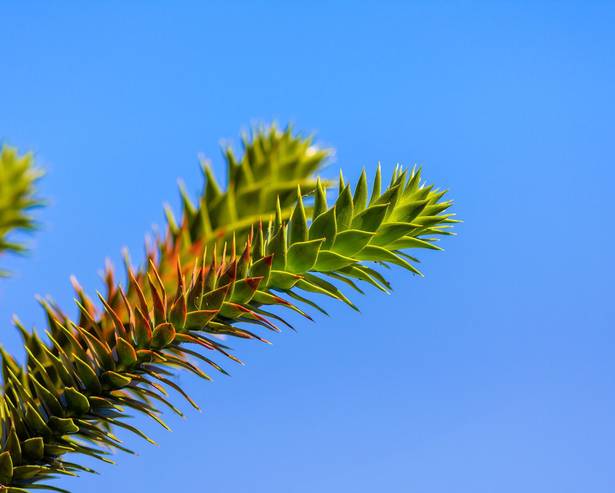 I love the Monkey Puzzle (Araucaria araucana) with its majestic stance and unusual prickly branches and arching stems. When I taught horticultural students, it was one of the first botanical names I introduced them to and every time when we were on garden trips driving around the local countryside it became a ritual for them to shout out its full botanical name as soon as they saw one.

William Lobb was the famous plant hunter who followed a research paper by Aribald Mecineze
In Chile the tree is called the Pehuén and is sacred to the local Pehuenche people: its seeds are an ancient staple of their diet.
The Monkey Puzzle tree can live up to 1000 years growing to 50 metres tall and a truck of over 3meters diameter
In Chile the Monkey Puzzle timbers were used as railway sleepers in the UK the Victorians used the plants within their bedding displays as dot plants and even more bizarrely as street planting – can you imagine parking next to one of these. 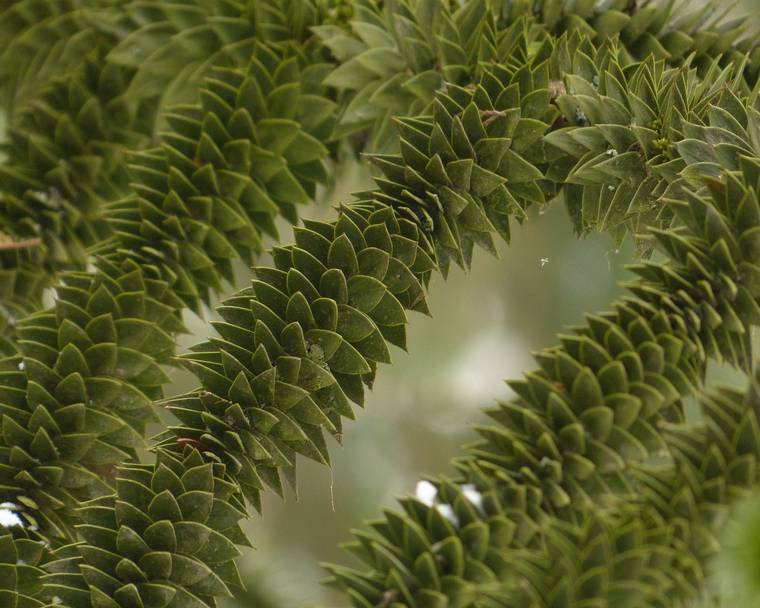 The famous plant hunter Archibald Menzies brought the seeds of the Monkey Puzzle in 1793, he was on a survey expedition to South America and the nuts of the Monkey Puzzle were served at the end dinner given by the governor of Chile. Archibald being a curious gardener he saved a few in his pocket to save for later. He sowed these under glass and germinated five seedlings and he gave three of these to Sir Joseph Banks of The Royal Botanic Garden Kew, one of these survived and lived for just over 100 years and the rest they say is history.
In the 1840’s Sir William Molesworth brought one Araucaria araucana tree for 20 guineas a massive sum. He proudly showed he prize tree off at parties and it was at one of these parties that one of his guests the noted barrister and Benthamist Charles Austin is quoted as saying “that the hard and very prickly leaves and unusual overlapping arrangement of branches would certainly be a puzzle for a monkey” 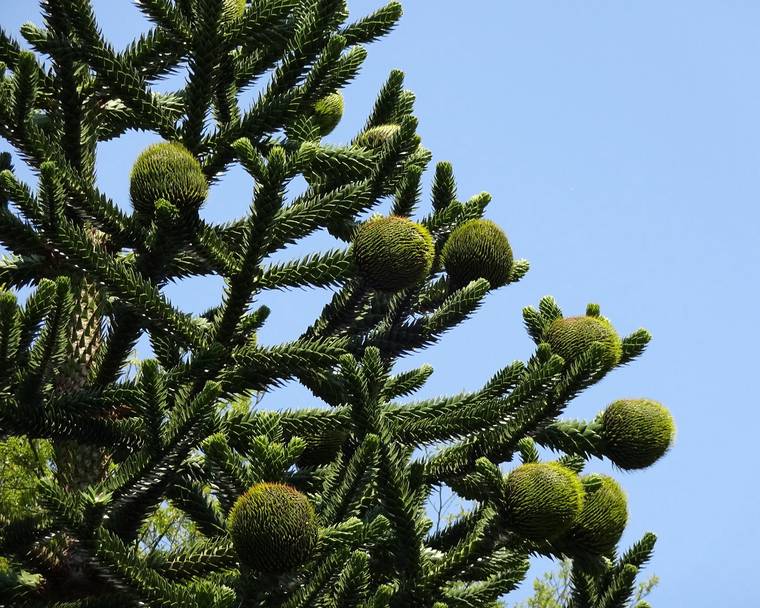 The flowers are dioecious this means that the male and female flowers grow on separate trees. The male catkins which seem to only appear once the tree is an average age of 150 years old as clusters of narrow green stamens turning yellow then brown at the end of the summer. The female catkins are spiny cones which appear when the female tree is only 50 years old.

One widely-shared bit of folklore is that the Devil himself sits in this tree and people and children need to quiet when walking past or else they will attract the Devil’s attention It is said speaking whilst passing one will bring bad luck or cause you to grow a monkey's tail.
The opposite of that is within an old Cambridgeshire belief has Monkey Puzzle trees being planted on the edge of graveyards to prevent the Devil from climbing them and then watching burials.
At Bicton College in Devon Agricultural and Horticultural students, the mile long drive is lined with the majestic Monkey puzzle tree- I hope the students maintain silence when walking to there classes. In 2002 for the Queens Golden Jubilee celebrations one of the great trees at Bicton College was recognised and awarded the accolade of becoming one The Great British trees, standing at 27 meters tall. 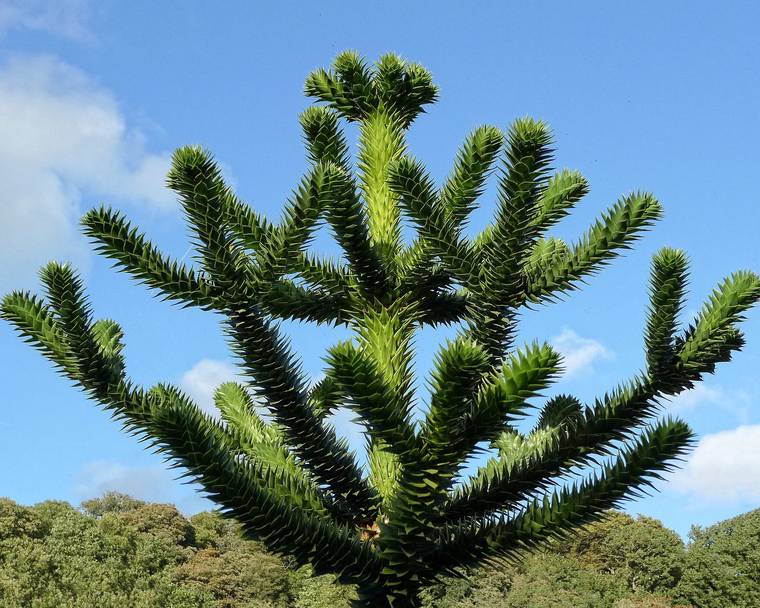 The fate of my favourite monkey puzzle tree.

The IUCN, or International Union for Conservation of Nature, has classified the wild monkey puzzle tree population as endangered. This is worrying information, part of the reason for this is that less are being grown and if there are being planted they are being planted in milder climates which means that they grow faster, and age faster so realistically die earlier.
It would be very sad to lose this unique tree that has been around since before the dinosaurs and survived the them. The UK is exporting Monkey Puzzle trees to America now.
My plea as a gardener is to grow more Monkey Puzzle Araucaria araucana but not as street planting. 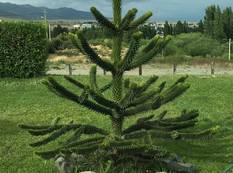