Rare sightings of pine martens have been captured in Wales. This is due to a delicious picnic prepared for the animals in the attempt to entice them back to Snowdonia.
In partnership with the Vincent Wildlife Trust (VWT), National Trust rangers suspended food including jam and eggs (which martens can smell from miles away) 50 cm above Dolmelynllyn woodland in the hope of encouraging the nearby population of pine marten to expand their range. As the mammals tucked in, motion sensor cameras were then able to successfully video them indulging during the summer months. 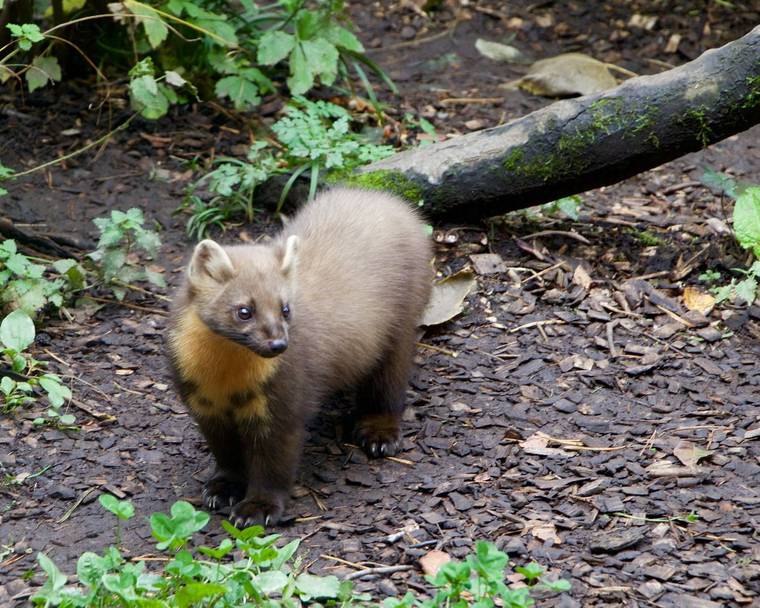 Once Britain’s second most common carnivore in the Mesolithic era, the elusive mammal have since faced extinction in the UK due to extensive hunting and loss of English woodland. Despite a thriving population of at least 4,000 in Scotland, they still exist in small, unsustainable numbers in Wales and need our help. This is the first sighting of them at Dolmelynllyn.
National Trust’s Ecologist for Snowdonia, Sabine Nouvet, says: ‘To spot them at Dolmelynllyn, soon after installing the cameras, has been amazing. It’s a credit to the management and health of the woodland as well as the fruitful partnership with the VWT.’
Watch on YouTube
The food was dangled in mid-air so that the martens had to stretch to reach it. This enables cameras to capture the unique markings (bib) — otherwise described as ‘the pine marten passport’ — which helps experts from VWT to identify individual pine martens from the original 51 animals translocated, under licence, from Scotland to Mid Wales.
‘As we hear more about the ecological crisis and the rate at which we’re losing more species, it’s really heartening to hear such a positive story about a native species in Wales,’ claims Sabine, ‘and it just goes to show, if a habitat is healthy it can support a rich mixture of wildlife.’
Domelynllyn woodlands are already a haven for rare creatures such as pied flycatcher and lesser horseshoe bats. Home to the Coed Ganllwyd National Nature Reserve, they are also one of Europe’s hotspots for lichens and bryophytes. Cameras were also able to capture exclusive recordings of a spotted polecat and fallow deer. 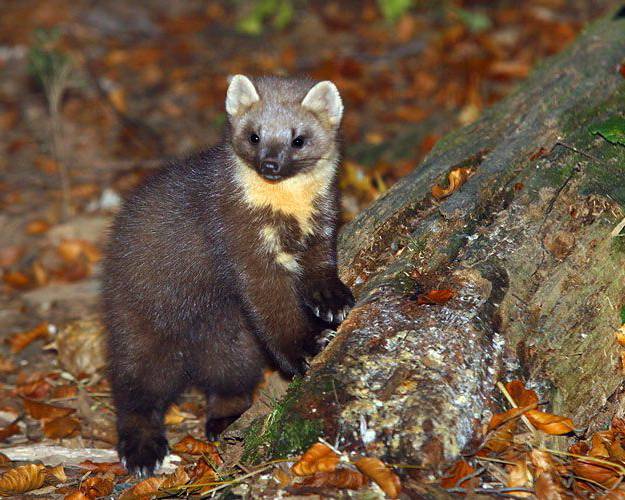 However, woodlands like Dolmelynllyn aren’t as common as they once were which is why the National Trust has ambitious plans to make more of Wales’ landscape nature-friendly.
‘We don’t want everything everywhere, but there should be somewhere for everything. And just knowing that pine martens are here, makes the land seem that bit wilder and that bit more mysterious and exciting,’ adds Sabine.
Just last month, a further 18 pine Martens were re-established in the wild in England. Gloucestershire Wildlife Trust partnered with the VWT to lead the successful release of the mammals into the Forest of Dean. All 18 animals were moved from Scotland to Gloucestershire.
Communications manager at VWT, Julia Bracewell, says: ‘Following careful feasibility studies to find the most suitable locations, both the release sites in Mid Wales and the Forest of Dean were selected because they had the right woodland habitat and size of habitat (pine martens prefer to den in tree cavities, plus woodlands provide a variety of foods for the mammals). They are also solitary creatures and so large areas of woodland are needed for each pine marten to establish its own territory.
‘Over time, it is hoped that the translocation programme carried out by Gloucestershire Wildlife Trust will see the pine martens settling into new territories, breeding and expanding and, eventually, join up with the population in Mid Wales and spread into other parts of southwest England,’ she adds. 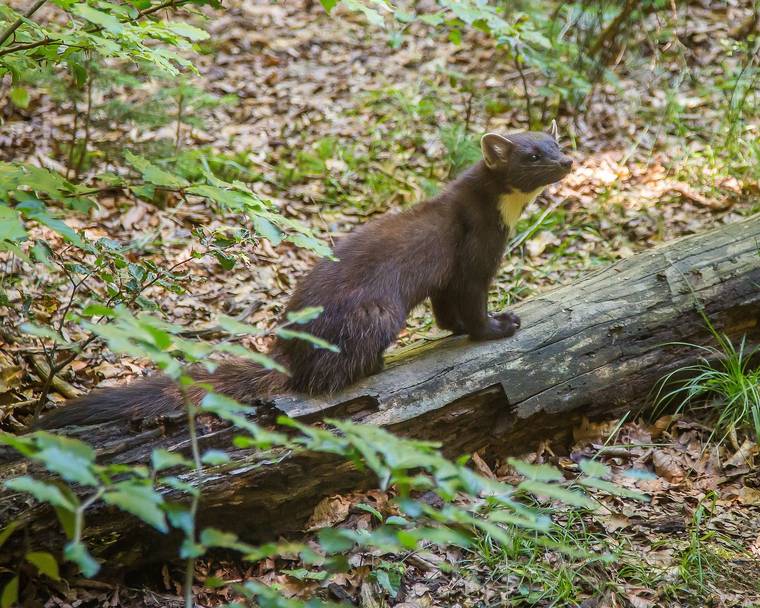 Julia hopes organisations will work with foresters and woodland managers to raise awareness of pine marten populations and to promote best woodland management practices to benefit them.
Alongside volunteers, local communities and partner organisations, Forestry England will monitor the pine martens within the Forest of Dean. Meanwhile, the VWT expects that pine martens will once again be breeding on National Trust land and build a healthy and sustainable population. Perhaps future walks in the woods could involve an encounter with this elusive creature.
You can report a sighting or make a donation.

Many of us mark our 21st birthday with a special celebration bigger than any other and the same is true for Anglesey Abbey’s...