Huge, prehistoric, reptile green and found in your garden: I can only be talking about one thing. No, not dinosaurs – tree ferns.
These majestic plants may have once been fodder for sauropods, but in recent decades they’ve become a popular, if somewhat pricey, addition to our gardens.
If you’re considering investing in one for your outdoor space, read on. Is a tree fern a fern?

Yes. Tree ferns are true ferns. However, unlike most species which grow from a crown at ground level, these ferns produce impressive trunks. These trunks are not like that of a tree, but a rhizome (an underground horizontal stem) which grows vertically.
The most commonly-grown tree fern in the UK is Dicksonia antarctica, the soft or Australian tree fern. There are some other, less-frequently encountered species listed at the end of this article, though they are more tender.

In common with most ferns, tree ferns live in damp woodlands that have high humidity and shelter from rough, dry winds. They thrive in the cloud forests of Western Australia, where the air is saturated, and temperatures are cool and stable.
In the wild, tree ferns can grow to great heights – up to 15m – and have fronds (the leaves) which can form a canopy up to six metres across. Plants cultivated in gardens are generally smaller, a maximum two metres, but can still have quite an impact. Mature tree ferns are often host to mosses, liverworts and other small ferns growing growing as harmless epiphytes on their trunks.

Why are tree ferns so expensive?

Tree ferns are expensive for several different reasons.
Tree ferns are not flowering plants. Instead, mature specimens produce tiny, dust-like spores. It then takes decades for the spores to grow into what we would recognise as an actual tree fern, as the trunks grow at a rate of around five centimetres per year.
Sometime small offsets will appear around older plants, which you can also propagate.
As tree ferns grow so slowly, you must use a responsible producer. In the UK, stock is obtained from certified, sustainable sources in Australia and New Zealand, so make sure to check.

How to grow a tree fern 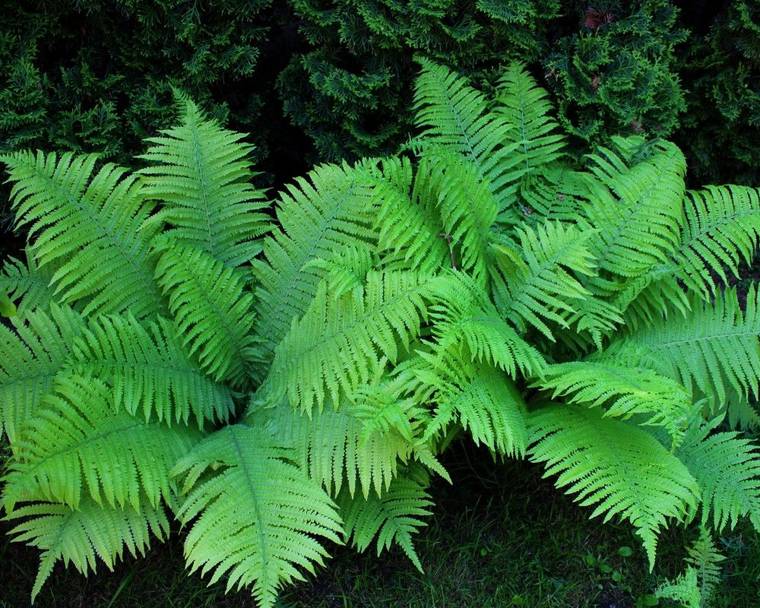 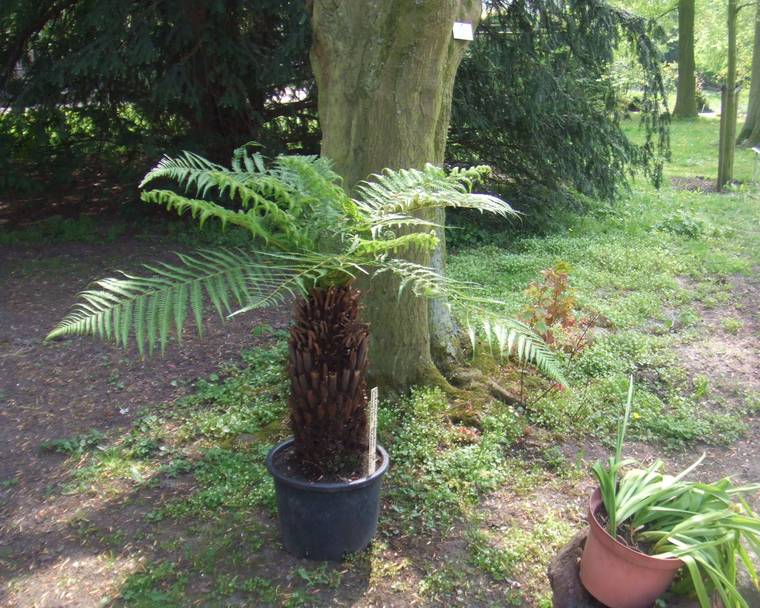 As you can see, this tree fern is in a relatively small pot with little growing media, as the roots used for absorption are mainly near the crown. 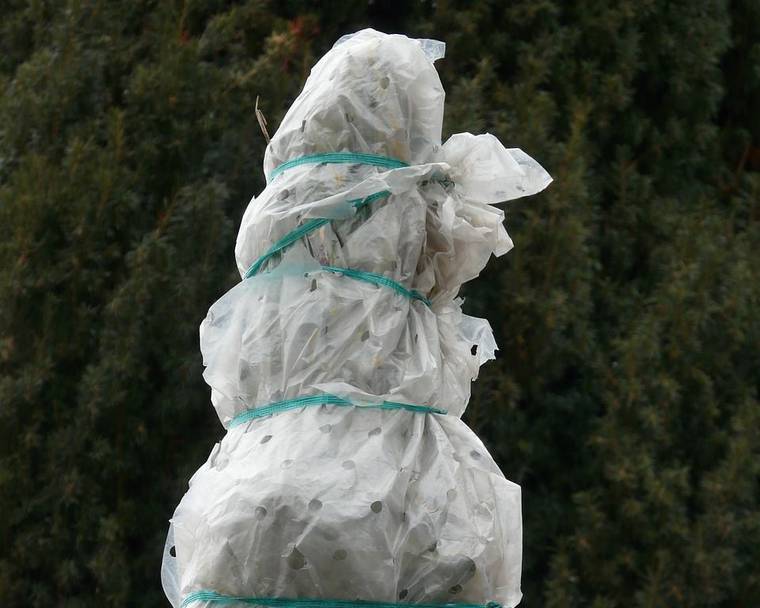 If in doubt, protect. Tree ferns are not fully hardy and are an expensive loss. 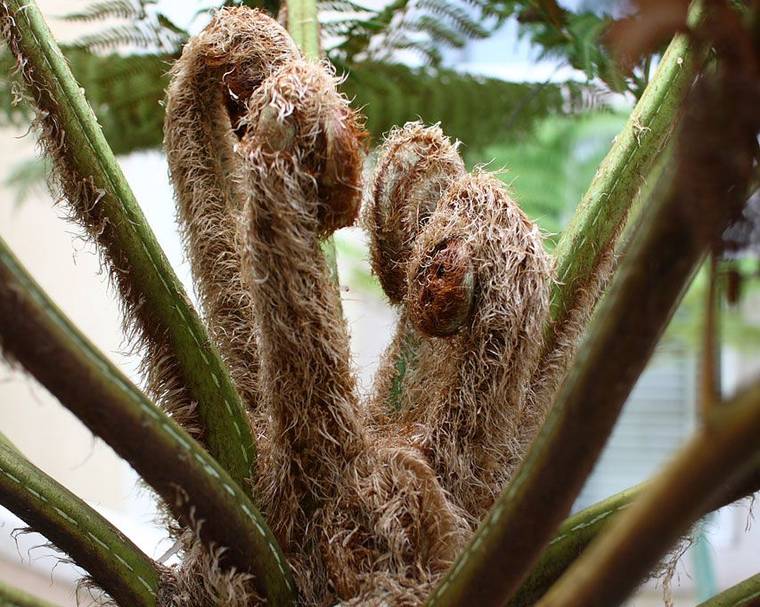 The crown of a tree fern is the business end. Always water copiously in summer and protect during winter.

Although mild winters can tempt gardeners to grow alternative species outdoors year-round, only Dicksonia antarctica can be relied upon year-on-year. Several other tree ferns enjoy similar growing conditions, and if you live in a milder climate or have a cool greenhouse, they may be of interest:
Slender tree fern (Dicksonia squarrosa)

The slender tree fern is a shorter, narrower and neater version of D.antarctica. This tree fern will need to be moved undercover or be heavily protected over winter as it is only hardy to -5°C. The golden or woolly tree fern (D. fibrosa) is similar, but with lighter coloured fronds and hairier leaf stalks. 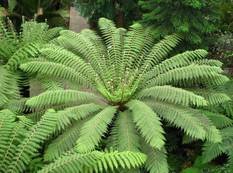 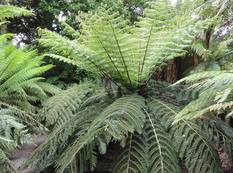 The silver tree fern has bluey-green leaves with a silvery underside and a narrow, coarse trunk. Often considered to be one of the most beautiful tree ferns and depicted on the All Blacks rugby shirt. Only hardy to -5° when mature.
Lacey tree fern (Cyathea cooperi) 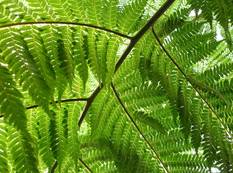 A fast-growing tree fern, but only half-hardy and will only possibly tolerate a light frost when mature. Probably best grown in a container where it can be placed outdoors for the summer and brought inside from November-April.
Dwarf Brazilian tree fern (Blechnum brasiliense) 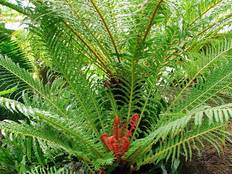 This genus of tree fern is more frequently grown as a houseplant. Without a full trunk, this is a larger, hardier species than the indoor B gibbum. It beautiful, ladder-like fronds which begin copper in colour, changing to green as they mature. It is supposedly hardy to -5°C, although this is not very well documented. The dwarf Brazilian tree fern is a stunning addition to a cool conservatory, forming a short trunk slowly over the years. 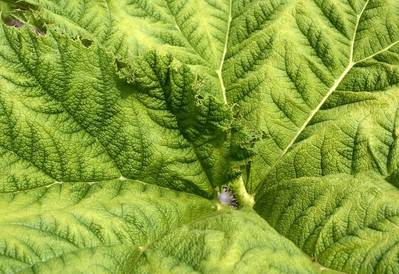 These big softies give our gardens structure throughout the summer, but the first chill of autumn curls their toes and they... 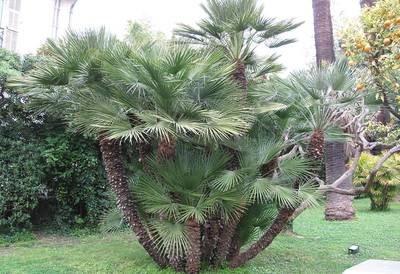 Palms are by far the most iconic of all exotic plants. However, this expensive summer impulse purchase can lead to tears when... 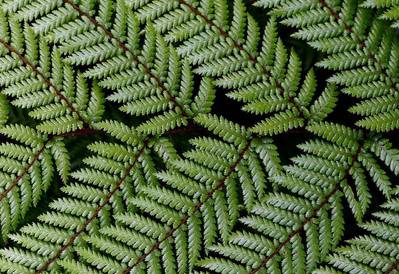 Recently a member of the Candide Community asked for information about prehistoric plants; these are the guys that predate any...