How to Identify the Top Ten Most Common Garden Birds

With a bit more peace and quiet outside, you might be getting a few more feathered visitors to your garden.
If you can't quite tell your blue from your great tits, but want to know a bit more about the wildlife in your garden, we're here to help!
For the the RSPB's Big Garden Birdwatch back in January, dogwooddays put together a handy identification guide for the most common garden birds in the UK.
Hopefully, knowing a little more about the species that visit, the foods they favour, and their characteristics may help you appreciate them all the more.
Make sure to share a picture of your garden guests with the community.

The most common garden bird in the UK, these sociable birds chatter and chirrup in hedges and overgrown shrubs, creating a communal feel to the garden. Look out for males with brown heads, grey caps and black bibs, and females with a more subtle mix of grey and brown streaks with a pale eye stripe.

Male (left) and female (right) house sparrow
Known collectively as a ‘quarrel’, adult house sparrows feed on grains, seeds and buds. My resident colony is particularly fond of seed mix.
Although the house sparrow took the top spot in the results of last year's Big Garden Birdwatch, numbers have plummeted alarmingly over the past 40 years, and the species is now on the conservation red list.

Starlings are fantastic mimics. I’ve heard them copy mobile phones, car alarms and I’ve lost count of the number of times I’ve heard a green woodpecker or buzzard while gardening, only to look up and realise that I’m listening to the starlings nesting in next door’s roof!

These smart birds, the second most common garden birds in the UK, have a glossy sheen of feathers in blacks, purples and greens. In my garden, they particularly like the fat balls, but will also feed on fruit, berries and invertebrates.
They create fantastic spectacles gathering in their thousands in ‘murmurations’ to roost at this time of year but are unfortunately also now on the conservation red list.

A large murmuration of starlings

Blue tits are one of the four species of tit that visit my garden, sometimes travelling in mixed flocks alongside great tits, coal tits and long-tailed tits.
These small birds have colourful yellow chests with blue and green on the wings and a white face with a black eye stripe.

Don't let their looks fool you, blue tits can be fierce!
Our blue tits have a fearsome reputation in the garden for chasing other, often larger, birds off their patch. They are natural predators, eating aphids and caterpillars as well as seeds and nuts, so are ideal visitors to maintain healthy, organic gardens.

Another common garden bird that most people will be able to recognise. Male blackbirds have a bright yellow-orange eye-ring and bill - both contrasting beautifully with their jet-black plumage. The females are brown.

As one of the most numerous breeding garden birds in the UK, with around five million breeding pairs, blackbirds favour residential areas and small urban parks.
Although they mainly feed on earthworms and insects, they also eat berries and fruit during winter. Listen out for their melodious singing, which usually begins around the end of January.

Woodpigeons are the UK’s largest and most common pigeon, but they can be unwelcome visitors in gardens because of their fondness for brassicas and pea shoots.

I rather like our regular woodpigeon guests, which my seven-year-old daughter has named Pidgee, Pidga and Pidgo. Easily recognisable by their five-note cooing call and grey plumage with white neck patch, we often see them in our garden alongside their smaller relative – the collared dove.
Other common garden birds in the Big Garden Birdwatch top ten include:
The beautiful Goldfinch with its evocative tinkling song and the second most numerous member of the tit family.

Goldfinch
The Great Tit, which has a distinctive ‘teacher-teacher’ call.

Great tit
Next comes that iconic winter favourite, the Robin.

Robin
Then the dapper Chaffinch.

Chaffinch
Finally, at number ten, the Magpie with its long tail and black-and-white body.

Magpie
Get involved with the Big Garden Birdwatch and find out more information here. And you can submit your results here by the 11th of February. 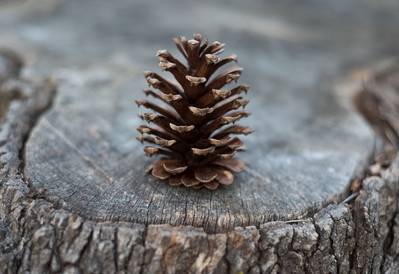 It's getting to the time of year where food is scarce for wildlife. Not only will you be helping birds with this children's...

If you're taking part in the RSPB's Big Garden Birdwatch this weekend, you may be wondering what you can do to attract more...

Wildlife watchers are being urged to look out for ailing birds this winter, with BirdWatch Ireland making the endeavour part...