190th Anniversary of the Mower 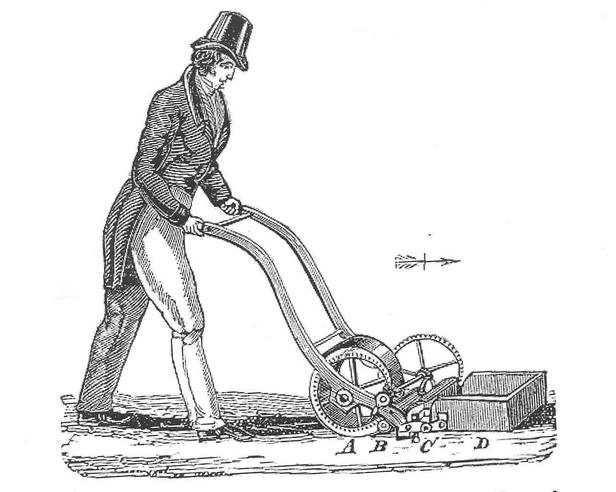 One man and his mower: how cutting the grass got that much easier 190 years ago this month

A lush green lawn is the aspiration of many a gardener, yet it wasn’t that long ago that the task of maintaining a closely-cropped sward demanded a huge amount of effort.
Even as recently as the early 19th Century the job was carried out by people wielding scythes, but the course of grass cutting history changed irrevocably 190 years ago this month when an English engineer called Edwin Beard Budding patented an ingenious new invention.
Budding’s “application of machinery for the purpose of cropping or shearing the surfaces of lawns” would prove to be a game-changer, opening the gates for a plethora of mowers ranging from the cylinder and rotary models to hovers and even the robots we have today. Budding's drawings to support his Letters Patent application (C) Museum in the Park, Stroud
Yet it seems that even the man whose bright idea would go on to spark a national obsession didn’t quite understand its full potential, with its inventor describing the machine as a means of “useful and healthy exercise” for country gentlemen.
Budding was born in 1796 in Eastington near Stroud, an area famous for its role within the woollen industry, and by the 1820s it’s believed he was working for John Lewis, an engineer who came up with a ‘cross-cutter’ for trimming the fuzzy nap from cloth.
History does not record the exact moment when Budding first took this concept and applied it to grass, but he went on to work for The Phoenix Ironworks at Thrupp and by May 1830 had signed an agreement with the foundry’s owner John Ferrabee that would lead to the patenting of the world’s first mechanical lawnmower three months later. Budding's drawings to support his Letters Patent application (C) Museum in the Park, Stroud
“Ferrabee would put up all the finance and retain all the rights for licensing, producing and selling the machine; Budding would receive support to prepare an application to the patent office and receive an equal share in profits once Ferrabee’s initial outlay had been recovered,” explains Alexia Clark, collections and documentation officer for Stroud’s Museum in the Park, which has two Budding-style mowers made in Thrupp.
“Budding received his Letters Patent on his invention on August 31st 1830 on the proviso that he provide a description of the nature of his invention and how it worked within two months.”
The Ipswich-based agricultural machinery maker JR & A Ransome was the first company to obtain a licence to produce lawnmowers, one of the earliest of which is kept at the Science Museum in London. 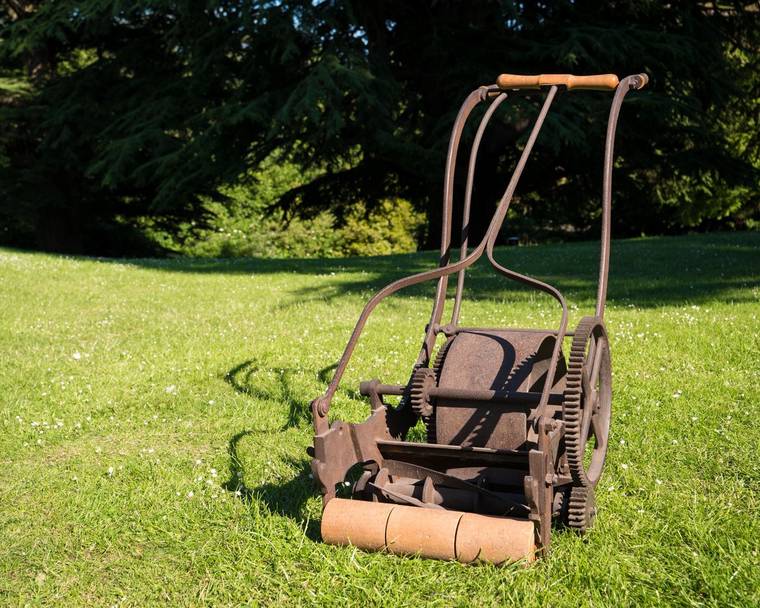 Early lawnmower invented by Edwin Beard Budding and made near Stroud (C) Museum in the Park, Stroud
Budding’s invention has led to the development of increasingly sophisticated grass cutting equipment, many examples of which can be seen at The Story of Gardening exhibition at The Newt in Somerset, but Alexia says his recognition of the potential in attaching blades to a cylinder and application of it to trimming lawns is still relevant today. 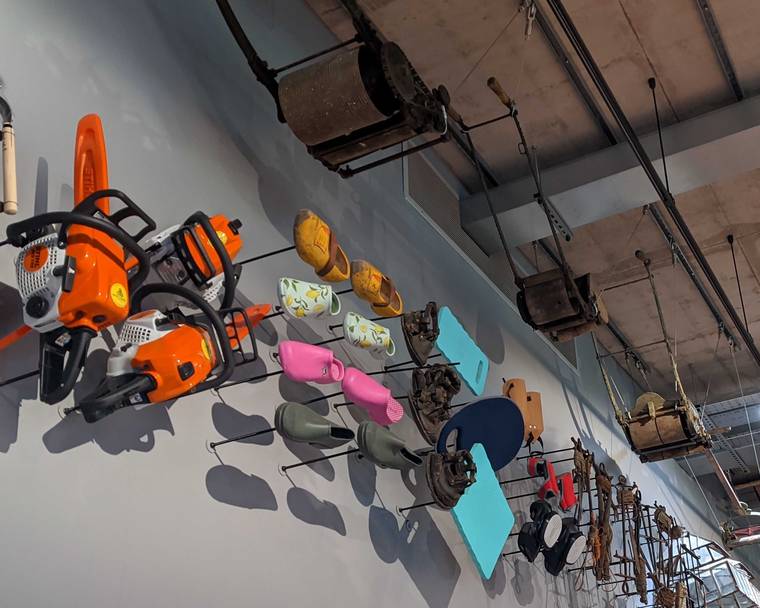 Lawnmowers hanging from the ceiling of the Story of Gardening, The Newt in Somerset
“I think the most interesting thing about Budding’s mower is that the basic design hasn’t really changed at all,” she says. “Budding’s mower is very heavy – it takes two to lift it – and has both a push handle and a pull handle which shows how two people could be employed in its use.
“We have visitors come from all over the world to see our mowers and look forward to welcoming them again soon.”
Budding’s contribution to gardening history is not forgotten in the Stroud area. Stroud Brewery, which was once housed on the old Phoenix site, produces a popular real ale that carries his name, and Dursley, the town in which the engineer is buried, has a road called ‘Budding Way’. 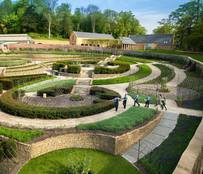 The Newt in Somerset