Everything You Need To Know About Chinese Money Plant 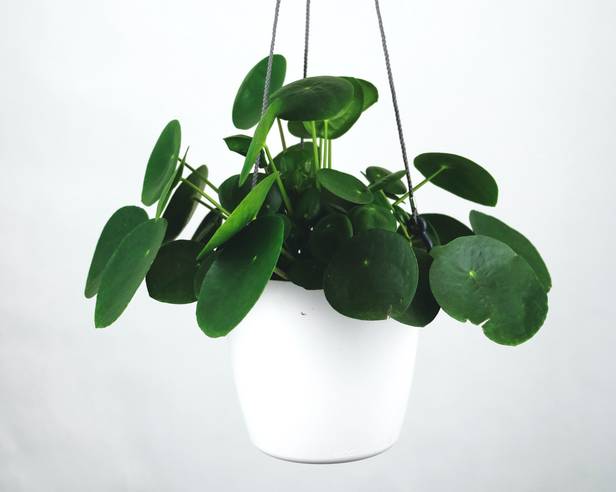 Pilea peperomioides, commonly known as Friendship Plant, Missionary Plant, UFO Plant and Pancake Plant, has unusual bright green leaves that look a little like lily pads on stilts. And while we can't promise it will bring you wealth, its cheerful pancake-shaped foliage is bound to boost your mood and brighten up a lacklustre room. Pilea is commonly found in the mountains of Western Yunnan in Southern China, though in recent years, it's become a rare and highly coveted house plant internationally. 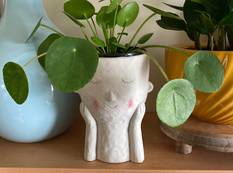 Despite humble beginnings in Yunnan's tree-topped mountains, Pilea peperomioides has recently been propelled to internet stardom thanks to its highly instagrammable foliage. The tale of how it became an 'it plant' is a strange one encompassing a Norweigan missionary (hence the name Missionary plant), an au pair, church bazaars and a cult celebrity hairdresser.
Looking to buy a Pilea plant? Click this link to browse plants
We can trace its roots back to around 1906 when the Scottish botanist George Forrest first collected it from the Yunnan mountains. The plant was named in 1912 by the German botanist Friedrich Diels as P. peperomioides, (pronounced something along the lines of Pie- Lee-uh Pepper – o – mee – oy- dees).

In the ensuing years, the plant became a hit in Sweden. Before long, it was cropping up on windowsills around the UK, with one Soho hairdresser by the name of Teasy Weasy being a particularly prolific sharer. However, it wasn't until the 1980s that this plant's zig-zagging travels came to light. That story is told in full here. How to grow and care for Pilea

As you might expect from a plant adapted to growing at an elevation of 6-14,000 feet, Pilea is extremely hardy. It will reward you with dainty pinkish flowers in spring, should you find a place to keep it cool over winter. A well-fertilised plant will grow more quickly and produce more babies, but fertilisation isn't necessary for a healthy, happy plant.

Why is my Pilea peperomioides dying?

The most common issues people have with the Chinese Money Plant are caused by overwatering and incorrect light conditions. If your leaves turn yellow and fall off, it's usually a sign of too much water. Blackened, shrivelled leaves are a sign of too much direct sunlight.

How and when to water Pilea Peperomioides

Ideally, let the plant dry out completely. Always ensure the top inch of soil is dry before watering, and be sure to use light, well-aerated soil to reflect the rocky conditions of its natural habitat.
Mackenna Rowley, the founder of Piep (the first commercial grower of pilea peperomioides in the US), suggests watering from below rather than the top. To do this, sit your pot in water for around 10-15 minutes.
While it can be tempting to put it where it looks good, it's best to find a spot with plenty of bright indirect light. Pilea will grow towards the light, so rotate the pot to keep the plant evenly shaped. 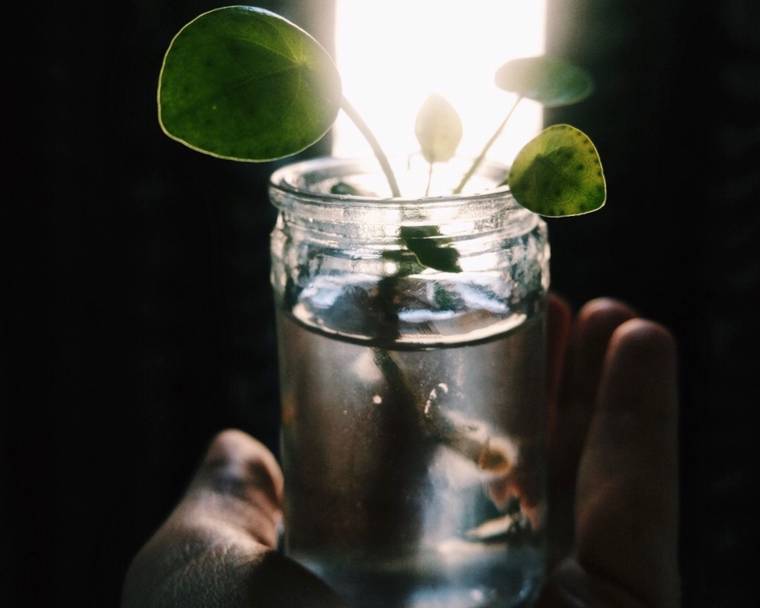 Despite its elusiveness, the Chinese Money Plant is super easy to propagate once you get hold of one. Once the basal shoots are a couple of inches, it's time to sprout your babies.
To grow _Pilea Peperomioides in water, just use a sharp knife to slice off the basal shoots from the plant's stem or from the soil (depending on the variety). This minimises damage to the delicate roots. Then pop them in a cup of water or a propagation station until you notice the roots growing before planting in well-draining soil.

Are Pilea Peperomioides poisonous to cats?

Is pilea peperomioides an air purifier?

While pilea peperomioides sometimes makes it onto 'best air purifying house plants' lists, the genus wasn't included in the original NASA study, (where the info for these somewhat flawed lists is usually sourced) and we can't find any scientific basis for this assertion. However, numerous studies have looked into the mood-boosting and productivity benefits of house plants more generally, so it certainly won't hurt to keep this attractive species around - just don't expect it to solve all your pollution woes.

Where to buy Pilea Peperomioides

You can buy Pilea Peperomioides on the Candide Marketplace today!
Just click this link to check out the latest listings by UK based independent plant sellers

If you’re as much of a houseplant-aholic as I am, it’s pretty difficult to navigate social media without bumping into pages...