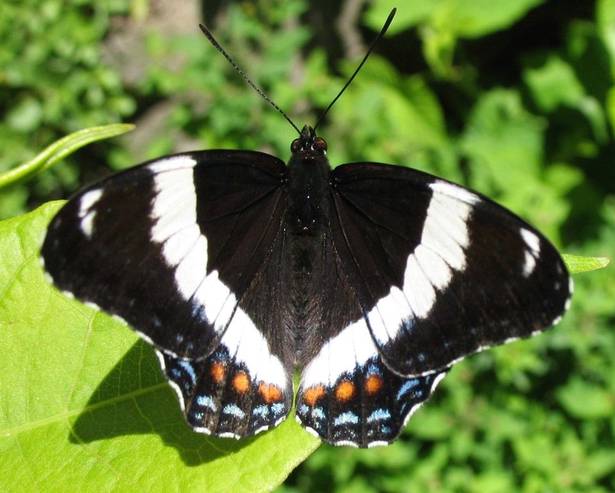 Open, sunny woodland corridors filled with nectar-rich plants and colourful vegetation in the heart of tranquil Kinver — sound idyllic? It’s no wonder butterflies are already being attracted to the picturesque setting just months after part of their new home has been developed.
Having begun three years ago, the National Trust have been working hard to create woodland rides at Kinver Edge for the nectar-feeding insect. And they hope to produce even more over the coming years. But there is one butterfly in particular they want to encourage to the site — the white admiral. 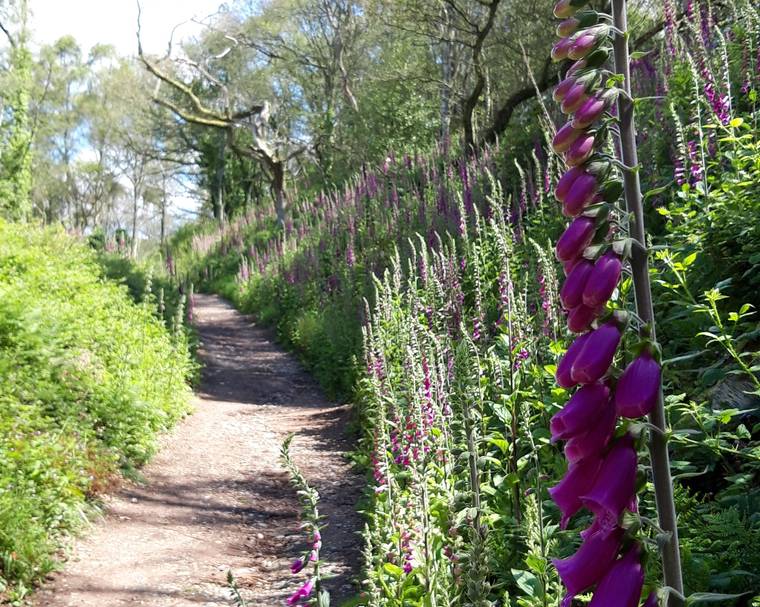 The classic UK woodland species has suffered a dramatic decline over the past 20 years. The reasons for this remain unclear, but speculation is that it could be due to habitat loss. The Butterfly Conservation currently label their conservation status priority as ‘high.' 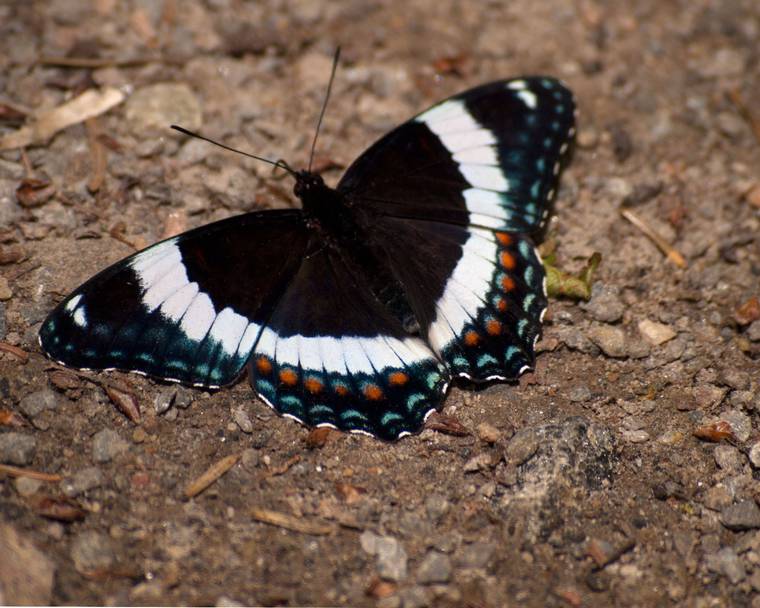 Image credit: Masha, flickr
Assistant ranger for Kinver Edge and the Rock Houses Tom Griffin confirms: ‘[The white admiral] is quite a rare butterfly. You won’t usually see it on your buddleia in your garden. It needs sunny woodland. A lot of woodland these days are not managed properly which means they are quite dense, they have a closed canopy and there’s not much sunlight getting to the forest floor. Like a lot of butterflies, the [white admiral] are cold blooded; they need sunlight and warmth to allow them to fly. Even in the summer, you rarely see a butterfly flying if it is an overcast day and having a canopy [in woodland] means it is always overcast.
‘We are opening up the canopy [at Kinver Edge] and creating sunny corridors to help the butterflies. It also means more flowers will grow which they can feed on. Honeysuckle is the only plant that the caterpillar of the white admiral butterfly will eat which by creating rides, we have produced a massive long edge of woodland where honeysuckle likes to grow which is all food for the butterflies.’ 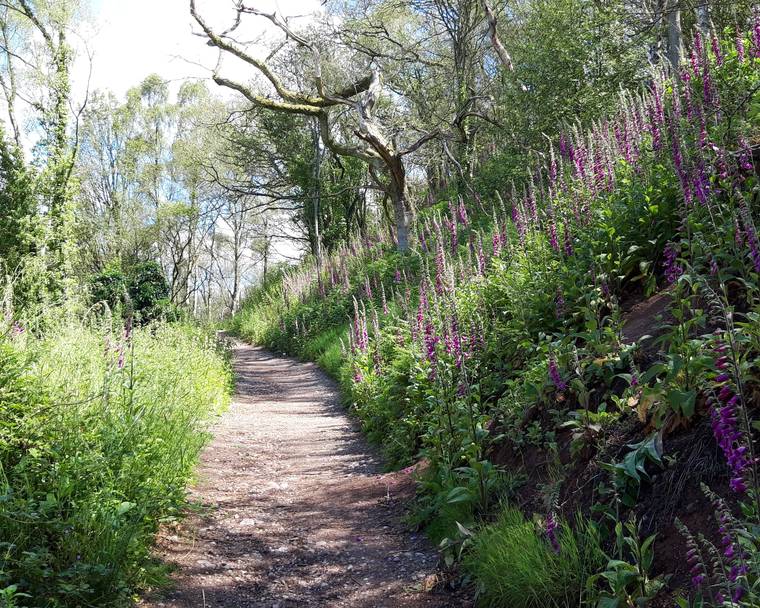 Only five months after a portion of the work had been completed, a white admiral had already moved in at a site where they have not previously been seen.
‘Wildlife is pretty resilient if you give it space to be,’ adds Tom. 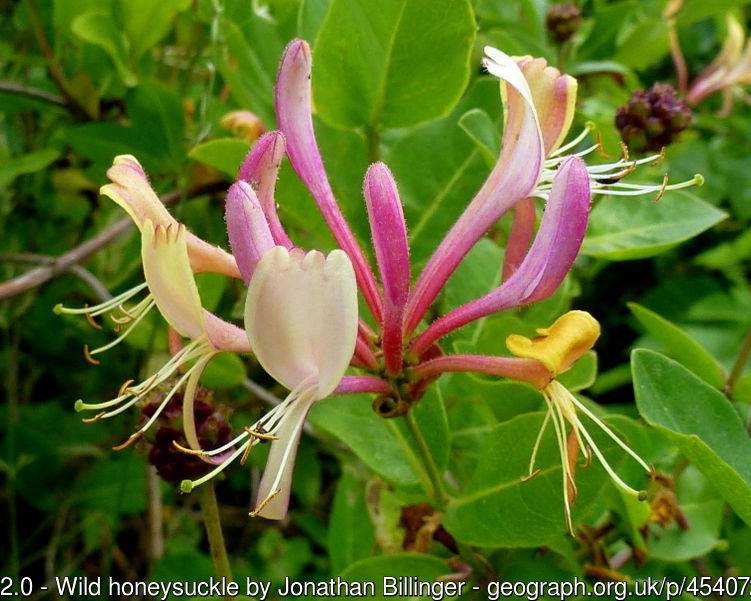 But it’s not just butterflies who will get to enjoy the sunny environment. By connecting the rides, visitors may be able to see reptiles, birds, insects and flowers basking in the light too. They also hope to attract other species of butterfly in addition to the white admiral including white butterflies, commas, tortoiseshells, peacocks and speckled woods.
‘A lot of these butterflies have specialist needs for the caterpillars,’ explains Tom, ‘[for instance], small tortoiseshell’s will only eat nettle and nettles will grow where there’s more available sunlight in the woodland. By creating a more diverse habitat, we will have a more diverse set of species living there.
‘Another fairly scarce specialist butterfly is the silver-washed fritillary and we are starting to see a lot more of them here after doing our thinning work and woodland management,’ he adds. 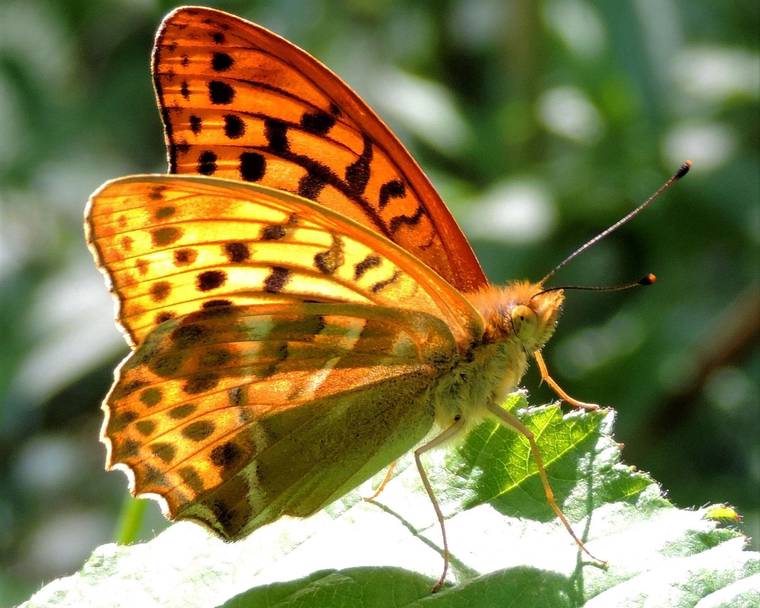 As highlighted, to help these butterflies to thrive, efficient habitat management is crucial. Every few years, the team fell the trees along the path edges leaving some standing as deadwood for insects and woodpeckers. Following this, the trees are chopped up and the logs are used for firewood. Each year, a one to two-metre strip is cut at the side of the path to help to control invasive species such as bracken and to allow flora to flourish. All work is completed during the autumn and winter so as not to disturb nesting birds and other wildlife, then during the summer months the butterflies are monitored. The white admiral has white-banded black-wings with a distinctive delicate flight consisting of short periods of wing beats, followed by long glides. The spectacular species can be seen flying from June to August, but rarely more than two or three are seen at one time.
The National Trust are encouraging people to enjoy a pleasant walk and let them know if you spot any butterflies, or other wildlife in the rides during your visit. And if you send photos, they can help you to identify what you’ve seen.
You can support the woodland management by donating or volunteering.