What is potato chitting?

Chitting is the process of getting potatoes to sprout before planting by putting them in a cool, light place.
Chitting your tubers before planting means you can get a much earlier harvest and potentially, a lot more potatoes.

It's very important to use healthy seed potatoes for chitting. Potatoes suffer from many diseases and some of the worst are carried by the tubers. This is why it pays to buy new seed potatoes regularly.
Seed potatoes are produced under very stringent conditions and will be certified as being clear of the major diseases. If you're interested, check out this scheme run by the UK Government.

How to chit potatoes

The ideal potato tuber for chitting is relatively small and would ideally be about the size of a large hen's egg. However, some varieties will naturally grow larger than this.
Each potato has a top and a bottom end, and it is the top that you need to worry about. It will have most of the bud attached, although when you buy seed potatoes, those buds - often called eyes - are still quite small. 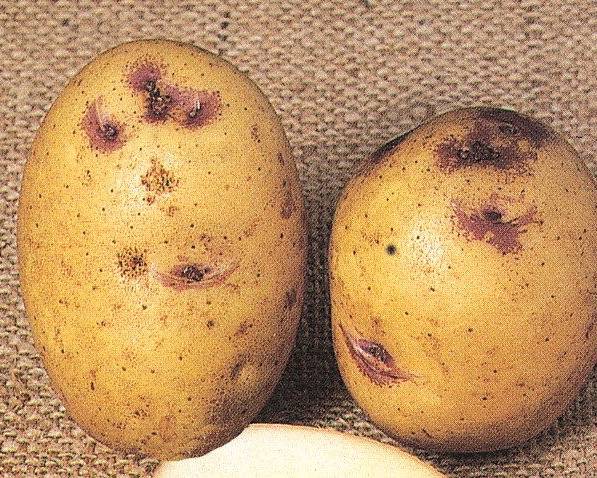 Second early variety Kestrel with plenty of buds at the top
The bottom of each tuber will have the shrivelled stalk attached - where the tuber was attached to the parent plant. This end has very few or no buds.
The buds at the top will, with good light and a little heat, grow into nice fat dark green or purple shoots! That's what you are aiming for! 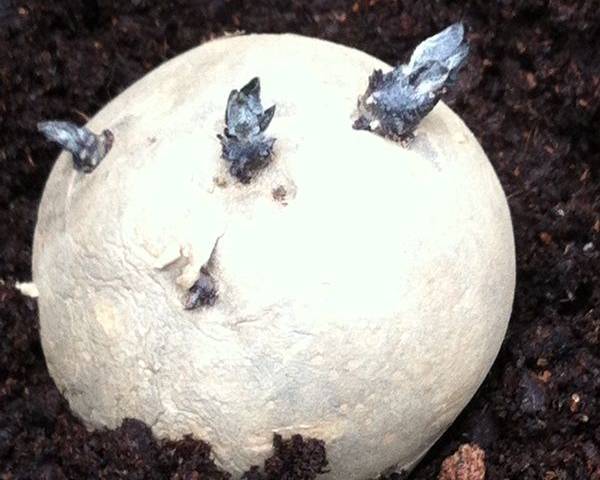 Good strong purple shoots ready for planting
To chit your potatoes, you can use egg cartons or any other container that will hold each tuber with the buds facing upwards.
Putting them on a bright windowsill in a cool room is ideal. Too much heat or insufficient light while chitting will result in pale white shoots that are easily knocked off as you plant them.
After 2-3 weeks, or when the shoots are over 2cm long, you can plant them out. Chitted potatoes should be planted in a shallow trench about 3 inches deep and 12 inches apart.

Do all varieties benefit?

Early varieties show the most significant benefit from chitting, and you can shave off several weeks of growth in the ground. 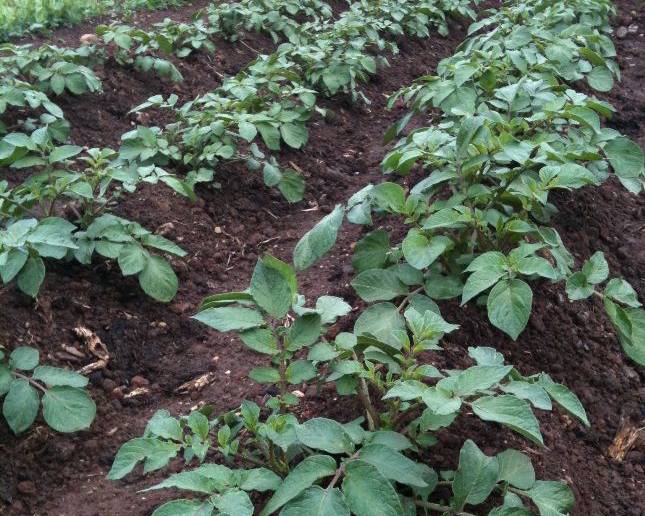 Rows of potatoes growing well in a garden
Second early varieties will show some benefit, but it's debatable whether it is worth chitting maincrop and salad varieties such as 'Pink Fir Apple' and Ratte. These varieties produce tubers very late in the growing season.

Find potato tubers to buy on Candide, or explore other seeds to plant this February!

Seeds to Plant in February

A Step by Step Guide on Choosing Potatoes to Plant