As bonfire night approaches in the UK, I thought I'd take a look at plants with flaming autumn foliage, searing summer blooms and flame-toned fruit.
It doesn’t end with colour. Some plants form an essential part of our cuisine with their warm spices. And when it comes to firework displays, the plant kingdom could give Guy Fawkes a run for his money. 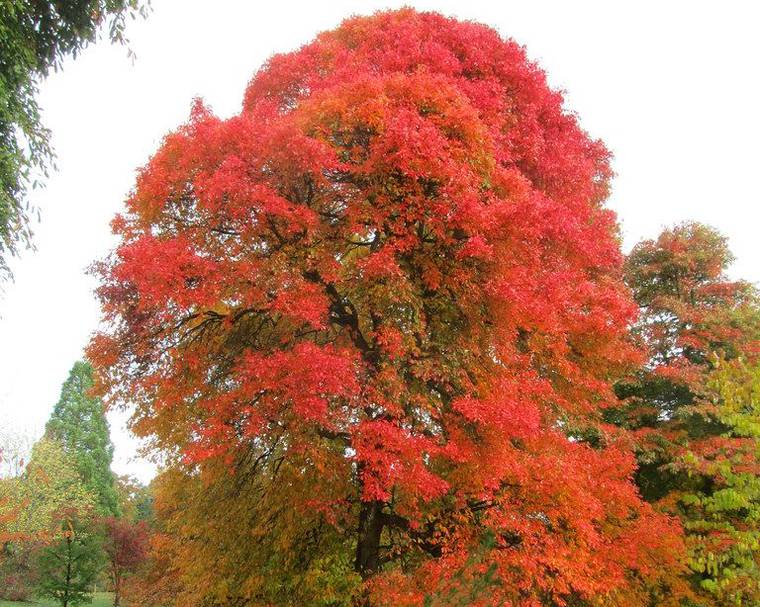 A song of spice and fire

Many herbs pack a punch in terms of heat. Although to us humans it adds a nice touch to our salads, in evolutionary terms these spicy flavours are a deterrent for pests and herbivores. Here are a few to try: 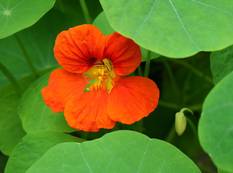 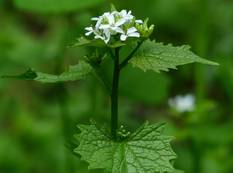 The crown for hot flavours, however, sits safely atop the chilli pepper. Scotch bonnets and bird’s eyes are the most commonly encountered, but for those with a cast-iron digestive tract then the ‘Trinidad Scorpion’ and ‘Carolina Reaper’ await. Just be careful as they have been known to hospitalise people! 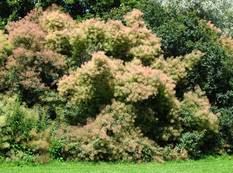 Other plants stimulate our eyes rather than taste buds, and many of them can be grown in the garden. Here are just a few to consider:
Japanese maple (Acer palamatum): Also known as the red emperor maple, the autumn colours on this exquisitely-formed tree and its varieties are world-renowned for their brilliant shades. 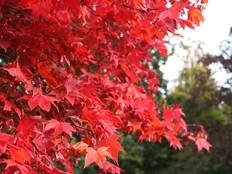 Sweet gum (Liquidamber styraciflua): With the arrival of autumn, this small tree spontaneously combusts into fiery shades of orange and amber, deepening to reddish-purple. It is perhaps rivalled only by the tupelo (image above). 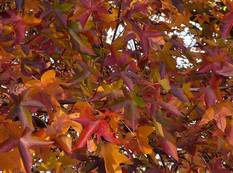 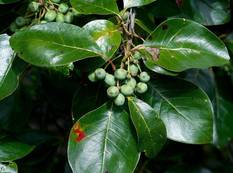 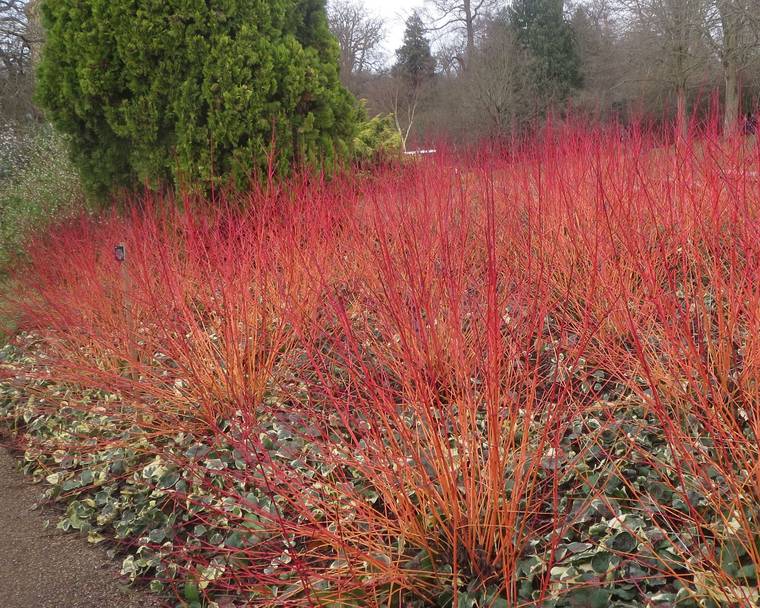 Winged spindle (Euonymus alatus): As if its quirky stems weren’t enough, the winged spindle is also known as the burning bush due to its intense crimson autumn foliage.

Photo: Liquidamber
Forest flame (Pieris japonica ‘Forest flame’): Contrary to many shrubs, Pieris displays its fiery colours on its new growth in spring, rather than in autumn as it is an evergreen. 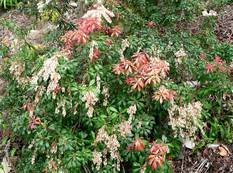 Alum root (Heuchera spp.): With foliage in shades of burnt embers, this hardy, herbaceous perennial offers vibrant colour to brighten shaded areas throughout summer and into the autumn. 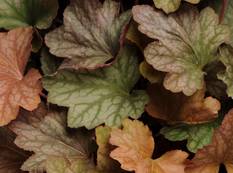 Canna lily (Canna indica): The leaves of ‘Tropicanna’ and ‘Durban’ set the tropical border ablaze in late summer, especially with their vibrant flowers. 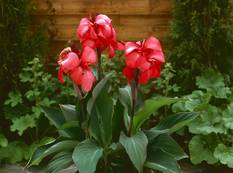 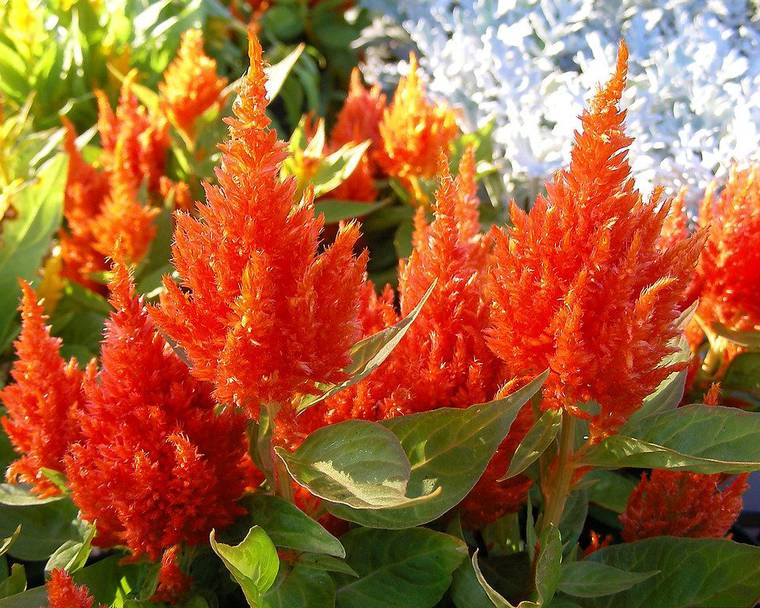 Who's going to tell this Celosia it's not an actual flame? Not me. An easy annual for summer bedding. 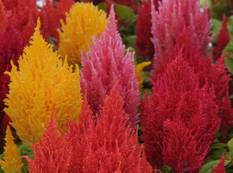 Chilean fire bush (Embothrium coccinea): To see a mature plant in full bloom is breathtaking, but due to its somewhat difficult growth demands, Embothrium will be limited to sheltered gardens. 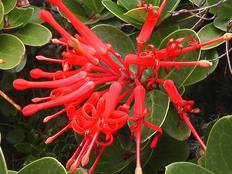 Asiatic lily ‘Starlette’ (Lilium asiaticum): Whereas most lilies go for the safer colours of pink and white, the blooms of this bulb look like burning embers.

Chinese lanterns (Physalis alkekengi): Bright burning lanterns appear just in time for Halloween. Due to this plant's invasive growth habit, you must always be on amber alert. 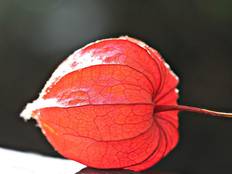 Firethorn (Pyracantha spp.): The gentle foaming white flowers give way to berries in shades of vermillion red in the autumn, with orange and yellow varieties also available. 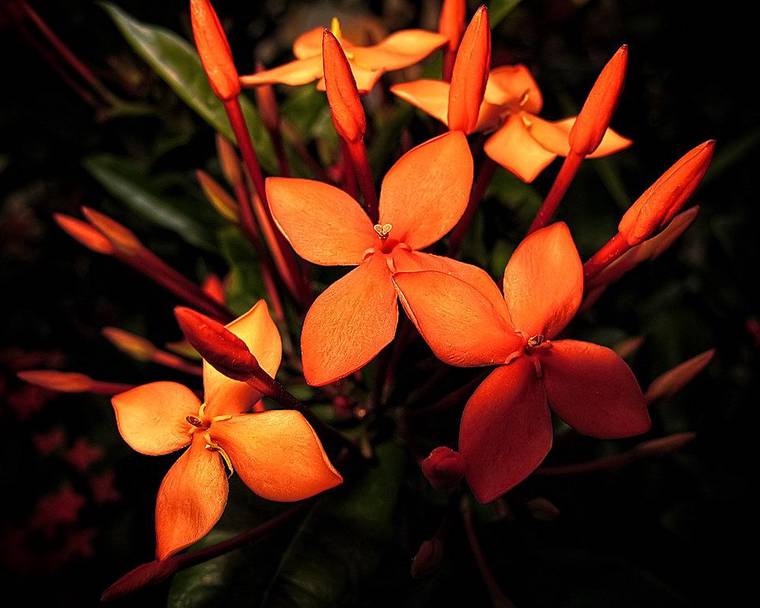 Flame of the woods, Ixora coccinea, has blooms that light up its gloomy understory tropical home.

Probably the safest way to bring bonfire night indoors.
Flaming sword (Vriesia splendens): A bromeliad with attractive striped foliage and an even more ravishing red ‘flower’ spike. The true flowers are yellow and add to the flaming effect. Very easy to look after. 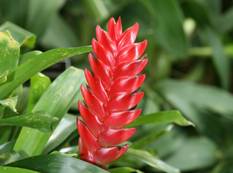 Flaming Katy (Kalanchoe blossefeldianum): Loe them or hate them, there's no denying the cheery brightness of the flaming Katy. 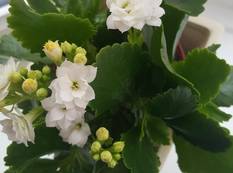 Coral firesticks (Euphorbia tirucalli ‘Firesticks’): Succulents and cacti grow in the heat of the desert, so it makes sense that at least one of them should be able to give us similarly hellish scenes. 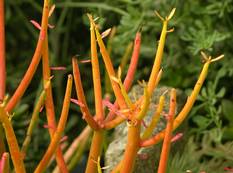 Blood lily (Scadoxus multiflorus): The flowers of this indoor bulb look like an exploding firework. Easy to grow and a great conversation starter when in bloom. 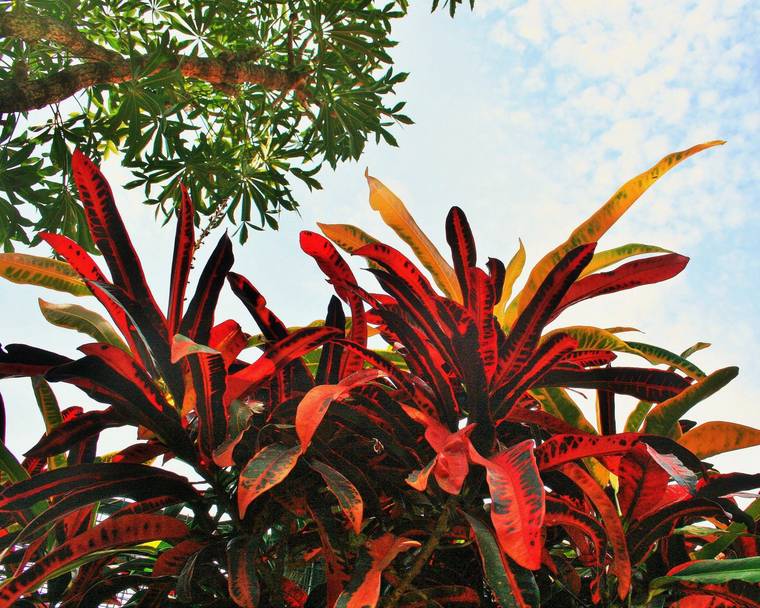 If ever a houseplant represented fire in the form of foliage, it's the croton (Codiaeum variegatum)

If I've missed any of your firey favourites, let me know in the comments!

A Flame of Tones: Winter is Coming!

With this seasonal transition comes the beauty of leaf colour across the northern hemisphere. Footpaths become littered with... 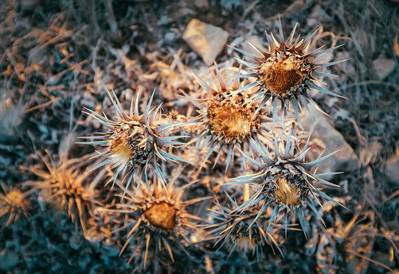 The winter months are upon us and for many Jack Frost has already paid our gardens a cursory visit, but as gardeners, we know...