Seeds, Starvation and Sieges: The Life and Times of Nicolai Vavilov

Soviet botanist, geneticist and geographer Nicolai Vavilov (1887-1943) was a man of vigour, intellect and charisma with one ambition; to end famine by selecting and breeding the perfect crops. In doing so, he created the world’s first seed bank.
As a child, Nicolai Vavilov was interested in Natural Sciences and created his own herbarium. After studying at Moscow Agricultural Institute (his BA diploma essay was on snails as pests), he left Russia and visited the leading research laboratories in Europe. There, he met many great scientists, including William Bateson, Director of the John Innes Institute, (who first coined the term ‘genetics’).

A herbarium is a collection of preserved plant specimens, usually used for scientific study.
He soon realised that the theories of Gregor Mendel and Charles Darwin would help him to achieve his goal, but only if the widest possible range of genetic material was available. So, Vavilov and his researchers set about scouring the world for as many different kinds of crops and their wild relatives as they could find.
Vavilov believed that the greatest diversity would be found near where the crops originated. Between 1923-31, he organised one hundred and fifteen expeditions to sixty-four countries over five continents. He undertook fifty of those expeditions himself, collecting seeds on a ‘mission for all humanity’.
The results were astonishing. Vavilov oversaw the creation of a seed bank that contained over 60 000 seed and plant samples including around 26 000 varieties of wheat.

The seeds were deposited at experimental stations and in the Seedbank of the All-Union Institute of Plant Industry, where Vavilov was Director. An experimental station he created at Pavlovsk still holds one of the largest collections of seeds and planted crops in the world. There are almost 1,000 types of strawberries from over 40 countries, a similar number of black currant varieties from 30 countries, 600 apple types collected from 35 countries and over 100 varieties each of gooseberries, cherries, plums, red currants, and raspberries. 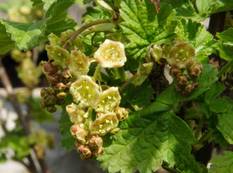 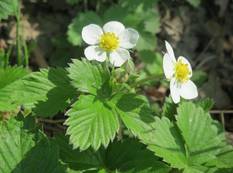 Vavilov and his team not only collected essential crops - wheat, oats, rice and rye but also forage plants like clover, fruit, vegetables, and plants producing resins, dyes, textiles, medicines. Any plant that was of use to humankind.
He was honoured for this work with the Lenin Prize, named as a foreign member of the Royal Society of London and feted by other institutions. Vavilov’s enthusiasm and commitment had transformed the All-Union Institute of Plant Industry into a network of 40 experimental stations and laboratories, employing some 20 000 people. His seminal work, ‘The Origin and Geography of Cultivated Plants’, was published in 1926 and translated into English in 1992. It revealed his findings and he became a celebrated academic, travelling the globe and meeting other geneticists.
Yet despite these heroic achievements, he made enemies.
Lenin was replaced by Stalin, who championed another scientist, once a student of Vavilov’s. His name was Trofim Lysenko (1898–1976), ‘a young man with green fingers, ruthlessness and boundless ambition’.

Trofim Lysenko examining wheat
When famine, drought and Stalin's collectivisation of farms led to reduced yields across the Soviet Union, Vavilov became the perfect scapegoat. He was accused of being responsible for the famines because his breeding programmes took too long and because he was using genetics based on western research.
The breeding programmer were condemned as ‘reactionary, bourgeois, and capitalistic’ and offensive to communist ideology. Lysenko publicly denounced and humiliated him at several plant-breeding congresses, resulting in Vavilov being deposed from his position. His beliefs on genetics were forcefully rejected then outlawed by the state. Vavilov’s reputation was in tatters.
On 6th August 1940 while on a plant hunting expedition to Ukraine, Vavilov was arrested by the NKVD, Stalin’s secret police. Among the ‘charges’ he faced were sabotaging agriculture, belonging to a rightist conspiracy and spying for England. He was subjected to months of brutal interrogation, then sentenced to death. This was later reduced to twenty years in corrective labour camp for ‘having failed in his duties to apply genetics to practical problems of crop improvement’ and of ‘sending worthless expeditions to gather material for his collection instead of concentrating on local varieties’.

Nicolai's mugshot
The man who committed his life to eradicating world famine and famously stated: ‘We shall go into the pyre, we shall burn, but we shall not retreat from our convictions’ died of starvation on 26th January 1943 in Saratov Prison hospital.
Vavilov's name was expunged from the list of members of the Soviet Academy of Sciences in 1945. His son Oleg, who was believed to have known too much about his father’s death, was found dead in a snowdrift a year later, with ‘a wound in the area of the right temple, the size of an ice pick’s adze’.

His staff continued his work at the Institute, even during the twenty-eight-month siege of Leningrad during World War II (1941-44), when over one million people died. Nine members of staff guarding the collections chose to die of starvation rather than eat them and survive. Their self-sacrifice, ensured that the precious genetic material was preserved.
After the death of Stalin in 1953, Vavilov was posthumously pardoned, absolved of his ‘crimes’ and the ‘enemy of the people’ became a ‘hero of science’. The organisation he worked for was renamed the NI Vavilov Institute of Plant Industry, and was awarded the Order of Lenin in 1967 and the Order of Friendship of the Peoples for its scientific achievements. Today, The Vavilov Institute of Plant Industry is one of the largest and most varied stores of plant genetic material in the world.

The Vavilov Institute of Plant Industry, Saint Petersburg. Image: Alex 'Florstein' Fedorov
Hundreds of books and articles devoted to the life of Vavilov and his scientific accomplishments have been published since his death.
Vavilov was often quoted as saying: ‘Time is short, and there is so much to do. One must hurry’. The work Vavilov started remains a pressing priority today.

Origin and Geography of Cultivated Plants by Nicolai Vavilov (Cambridge University Press)
The Murder of Nikolai Vavilov: The Story of Stalin's Persecution of One of the Greatest Scientists of the Twentieth Century, by Peter Pringle. (Simon and Schuster)
Seeds of the Earth: The Vavilov Institute, by Mario del Curto (Actes Sud)
Secrets of Great Botanists and What They Teach us about Gardening, by Matthew Biggs

Most weeds do not grow in random places. Specific species thrive in particular conditions and even may have a reason for...