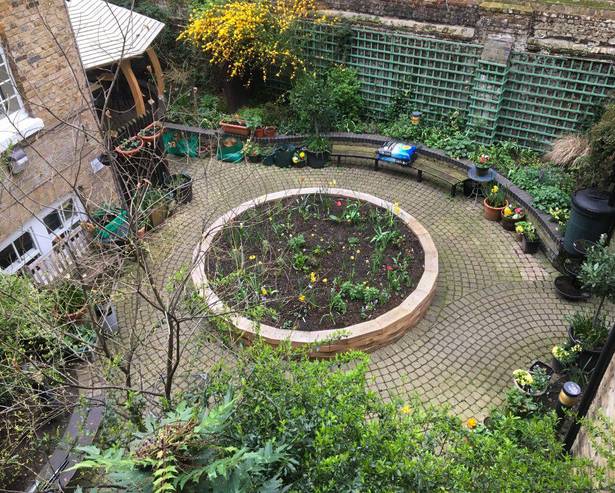 It’s no secret that being out in nature can have huge benefits for our mental wellbeing, but have you ever considered how gardening could help to tackle homelessness?
With homelessness and mental health figures on the rise, gardening charity Thrive set up a community outreach programme in 2016 to help homeless women in London improve their mental state and secure independent living.
According to the latest research by housing charity Shelter, an estimated 320,000 people are homeless in the UK — equivalent to one in every 201 British people and a four per cent increase year-on-year. Meanwhile, between 4,000 and 5,000 people sleep rough across England on any given night — almost double the amount in 2010. 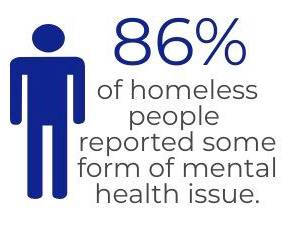 Homelessness and mental health often go hand in hand. ‘Homelessness can be a complex situation. Poor mental health can lead to homelessness and homelessness can lead to poor mental health,’ explain Thrive.
Eighty-six per cent of homeless people have reported some form of mental health issue in England with a higher percentage of women compared to men reportedly suffering from a mental health difficulty.
To address this, weekly garden therapy sessions are held in the courtyard at Riverside’s Queen Mary Hostel which is dedicated to homeless women with mental health problems.
Practitioner for social and therapeutic horticulture for Thrive London, Lu Curtis says: ‘Social and therapeutic horticulture can make a positive change in people’s lives, all the way from someone who is struggling with a bit of anxiety and depression through to people who are suffering from paranoid schizophrenia and psychosis.’
‘Even people who claim not to like gardening can find benefit in being outdoors. Gardening can have a really profound effect. I see it every time I come to work,’ she adds.
‘We know that being outside is very good for individuals full stop. The principle of biophilia and our affinity with nature shows how mindfulness in the garden can really take your mind off things. We started work at the hostel with the goal to give people peace, a purpose and increase their confidence. 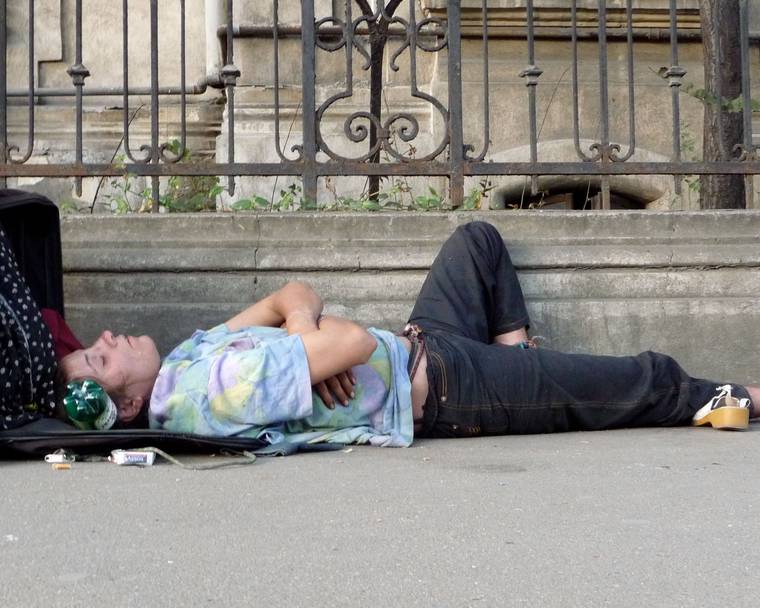 Image credit: Cinty Ionescu, Flickr.
‘The nature of people’s conditions, addictions, make [the hostel] a very loud and frightening place to be for some people, so being able to come outside and find some peace is important. And we have a lot of fun too.’
The successful gardening project, initially intended to run for 6 months, sees women in their late 20’s through to females in their 70’s regularly attending to give something back to nature or to simply engage with other members at the hostel.
‘Modern life is all about interaction,’ explains Lu, ‘it’s about being able to ask [for help] in a shop or being able to talk to someone in an interview or if you’re applying to be a volunteer somewhere, you need to be able to express yourself well.
‘Also, routine really supports people’s mental health. As a result of rough sleeping, a lot of people sleep during the day and then are awake at night, perhaps from a security or safety point of view and so trying to inject routine into their lives is very good for them. Having something to do helps them sleep better the night afterwards,’ she adds.
While customers conquer a lot in her sessions, Lu claims she can’t take all the credit for this.
‘I am a facilitator and the garden is the arena,’ she says, ‘ultimately, it’s the people who make these changes in their lives and who overcome their problems — they are an inspiration. A lot of it is their strength and their bravery and I do tell them that. If they’ve always felt anxious or low or unable to speak to people, to know that they’re the one’s who have been brave enough to [make a change] reinforces the independence message.’ 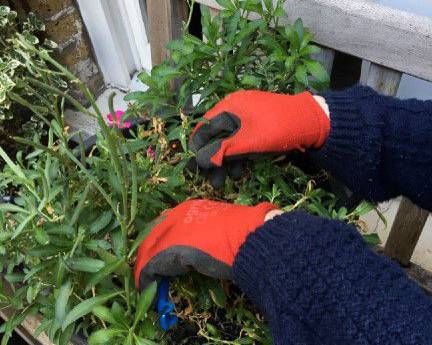 Lu always encourages people to make their own decisions, whether this is about what to grow or what to prune within the following year.
‘The importance of choice for people who have had very little choice in their lives empowers them to achieve their potential. It means that living independently is not such a frightening prospect for them,’ she explains.
The biggest development Lu has witnessed is in a lady who engaged with the project from the very beginning despite having low self-confidence.
‘At first, she was so anxious and terrified of life that she was reluctant to speak,’ says Lu, ‘she was brave enough to [engage with the programme], but [her response] to a lot of the tasks I set for her at the beginning, were: ‘No, I won’t be able to do that,’ and with some gentle encouragement she’s been able to overcome that and try all sorts of different jobs in the garden.
‘She was exceptionally anxious about moving onto more independent living because she didn’t know what it was going to be like and didn’t know the area. She didn’t have a Freedom Pass. I had to teach her how to use a cashpoint and she’s a lady in her fifties.’
Since then, she has moved onto less supported living where she sees her support worker once every three months.
‘It was a really big step for her. She came back a [while] ago and she looks fabulous, she’s made an effort with her appearance, she’s chatting to all the ladies in the hostel whereas before she kept herself to herself. It is hard to say that her engagement with the gardening group has created all of this, but she’s had support from me over the years. I know it has supported her in moving onto more independent living.’
While the programme is only open to customers of the hostel, people who have moved onto more independent living are welcome to pop back to do some gardening or check in with everyone.
Lu says: ‘It is important for people who are still residents in the hostel, to see how people have been successful in their lives outside the hostel and that it’s not that scary.’ 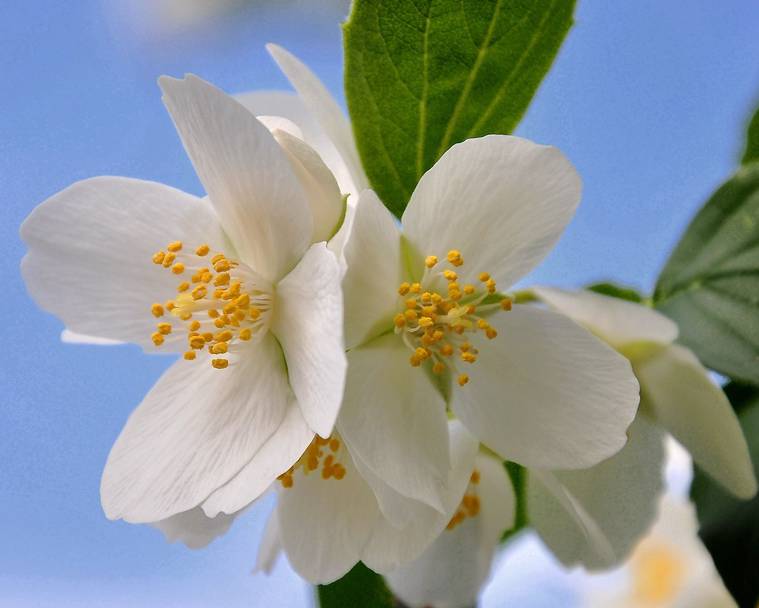 Around 10 members from the group have now moved onto less supported living. Not only has it clearly benefitted the women who attend, but the plants and wildlife too.
Lu says: ‘The hostel’s courtyard garden was completely rundown. When we first started, there was some ivy that had grown up a wall, but it got so heavy, it folded back on itself and took over a whole flower bed so it needed to be chopped right back. All of the flower beds were full of things that were dying, dead or growing in a very peculiar way — the nature of a courtyard garden in the centre of town means the light that hits it is very odd.
‘[Since then], it has transformed. We have philadelphus bushes that love full sun, yet with a bit of judicious pruning have flowered this year which I was never expecting. The garden surprises even me. Because it is surrounded by walls, it is a little micro climate — it’s [winter] and we have daffodils out.’
As well as flora, the group also grow vegetables to cook and enjoy at mealtimes.
‘Food is a great motivator,’ adds Lu, ‘if you’ve had to spend a lot of your life just getting food where you can, the fact that it’s growing in the garden and you can help yourself is quite amazing.’ 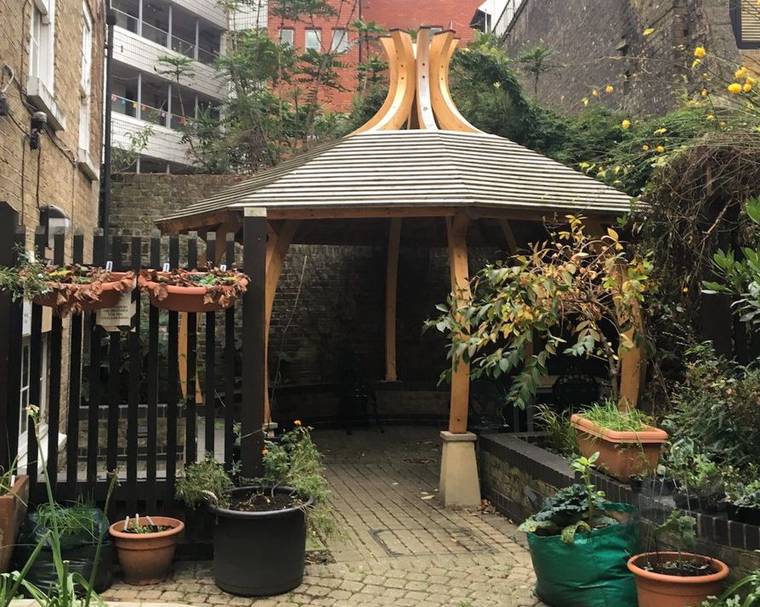 Lu would love more opportunities for people to engage in gardening to be available.
‘You would think that’s quite hard in an urban environment,’ she says, ‘but, actually, I think it’s easier because transport isn’t such a problem; people can get the bus to our projects. In London, a lot more community spaces [have appeared] over the past 10 years. In terms of the homeless community, giving people a purpose, giving people opportunities, giving them peace from everyday life is critical.’
Thrive have already started working with three other hostels run by Riverside and they hope to connect with more in the future. To support the charity, you can donate. 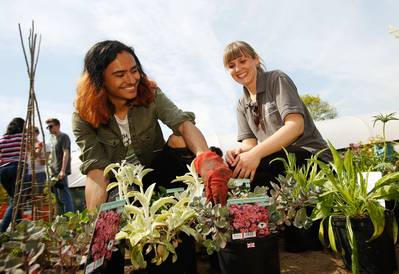 If the run-up to Christmas Day feels like a marathon, then things quickly turn to a sprint on Boxing Day. Almost in the blink...