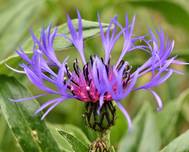 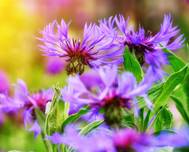 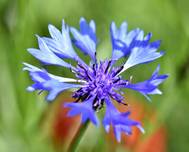 Centaurea is a large genus consisting of over 730 species of hardy herbaceous annual and perennial plants, typically found in dry habitats. Species in this genus are only found north of the equator, mainly in the Middle East and some are common in the UK where they are found in grassland, pastures or meadows. They are considered weedy plants as they readily colonise and dominate large areas. Flowers resemble thistles, they are produced in a range of colours including blue, red, yellow and white.

Many Centaurea species are very rich in nectar and serve as a food source to numerous insects.