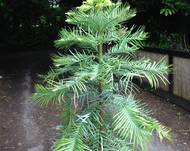 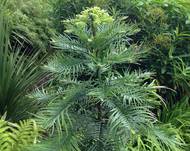 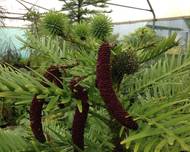 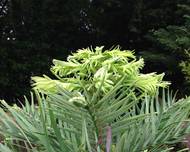 The only remaining species of a genus dating back to the dinosaurs 65m years ago. Wollemi nobilis is a tall slim tree with bright lime green young leaves that mature to a bluey green. Both male and female cones are borne on the same tree, with female cones turning from green to brown as they mature on higher branches; and the male long narrow, reddish brown cones on branches below them. Both cones appear after about 9 years and are sexually reproductive around 3 years later. The tree reproduces sexually through wind-pollination and vegetatively.

Other uses of Wollemi Pine

Rated as critically endangered, there are less than 50 adult trees known to be remaining in the wild. However, many thousands of trees have been grown and made available through the garden nursery market by the Queensland government to help secure the future of the species.