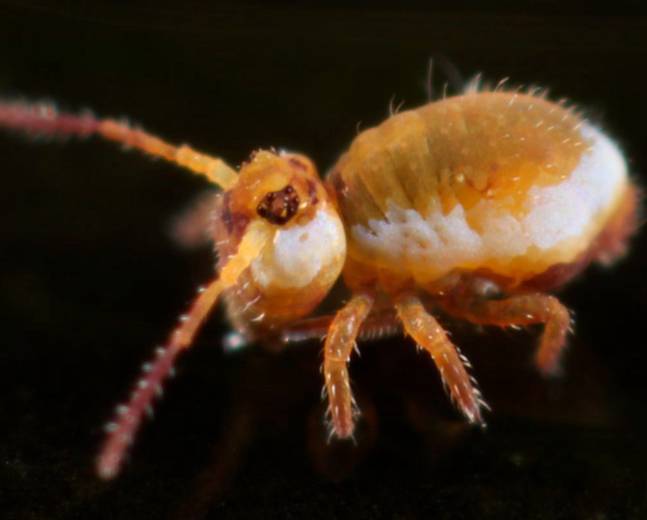 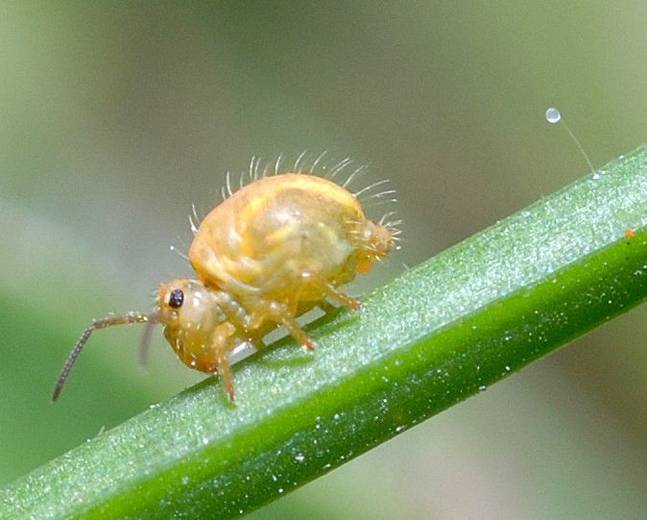 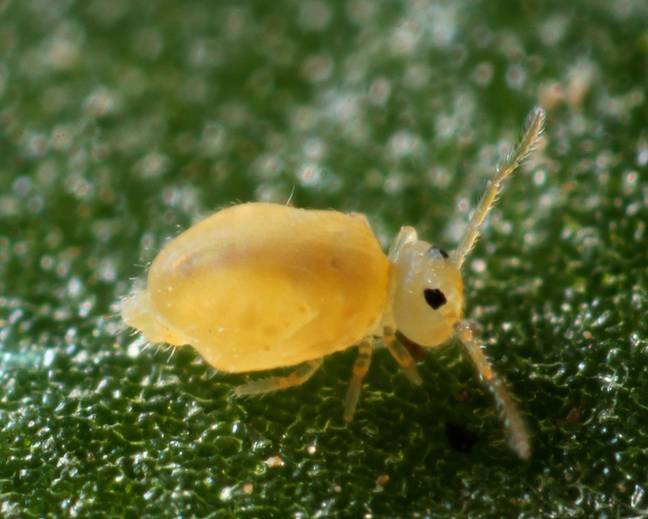 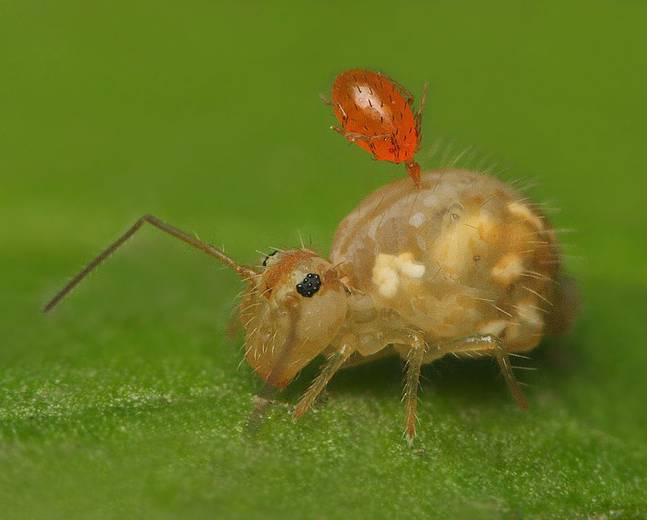 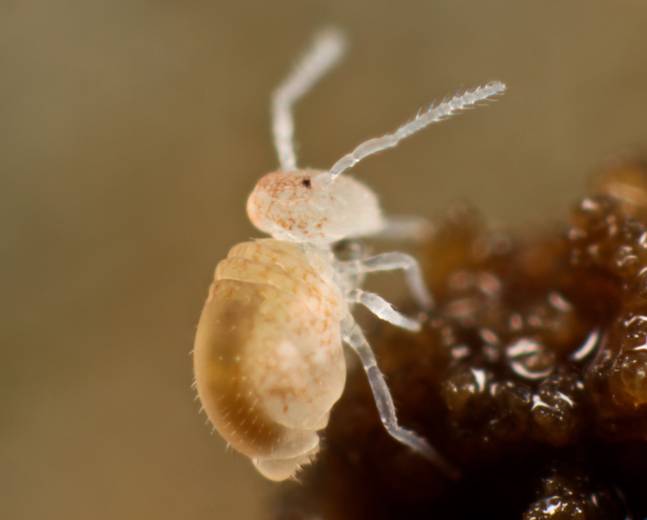 Springtail spermatophore by Drägüs (CC BY-SA 3.0)
1 of 5
Collembola, commonly known as the Springtails, are a group of tiny hexapods associated with damp environments. Although they're segmented and possess antennae, they're not considered insects. Mainly because they lack wings, posses internal mouthparts, and don't undergo metamorphosis in the same way insects do. Springtails and their classification are quite controversial in taxonomy. The Collembolans, along with the Proturans and Diplurans, have previously been categorised as one group. Although, the latter have no genetic connections which prove they evolved from the same lineage. Although they seem alike, their genetics say otherwise. Springtails get their common names from their ability to spring away from potential threats. They do this using an appendage known as a furcula. When threatened, fluid flows down the appendage, causing it to hit the nearest surface and propel the animal forward. This mechanism is similar to how a flea jumps! They're able to thrive in soil, leaf litter, logs, dung, caves, shorelines and more. Some have even been found in the Antarctic, with some believing that they're the most abundant organism on earth!

Springtails are tiny, yet their presence in soil encourages decomposition of organic materials and recycling of nutrients.

It's thought these arthropods feed on harmful fungi previously linked to plant diseases.

Springtails are so tiny, they're unlikely to be seen with the naked eye. They're most conspicuous when seen in the soil. They appear like tiny white insects, and when disturbed, they jump!