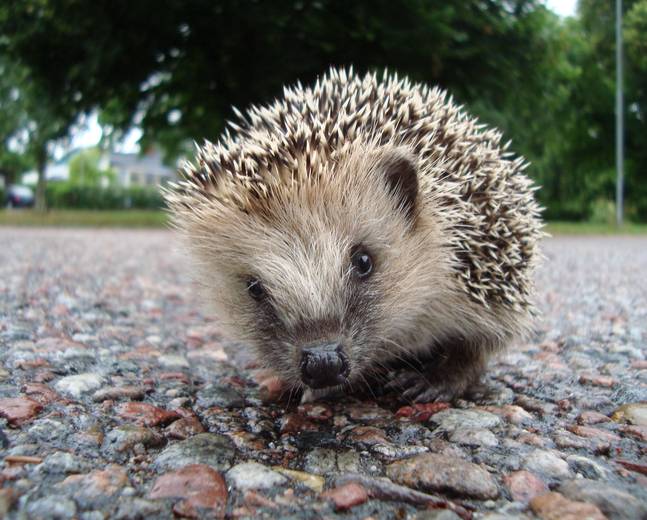 Erinaceus europaeus in Avesta 08 by V-wolf (CC BY-SA 3.0)
1 of 6
Erinaceus is a genus containing 4 species commonly termed Hedgehogs. These species are native to Europe and Asia and have been introduced to New Zealand. These mammals are covered in characteristic spines, these are actually modified, hollow hair structures that have been strengthened with keratin. Each spine also possesses a muscle in the skin that allows for the spines to be erected in defence, their defence mechanism is rolling the entire body into a ball, with the spines protruding outwards. they are not often found during the daytime, if you see them out and about in daylight hours, it is likely to be injured or sick, they are nocturnal in nature and thus come out during the nighttime. they tend to shelter during the daytime, hiding under shrubs and in burrows. Hedgehogs tend to live in solitude most of the year, except during the mating season and they often hibernate through cold weather. they are omnivorous in their diet, consuming both small invertebrates, vegetables, fruit and even fungi.