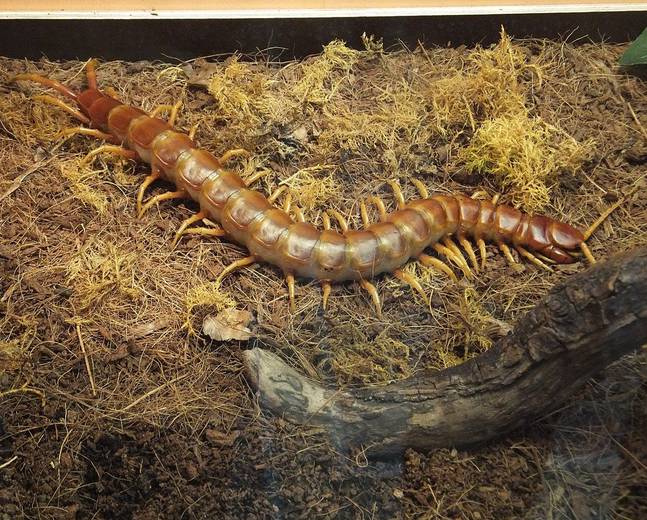 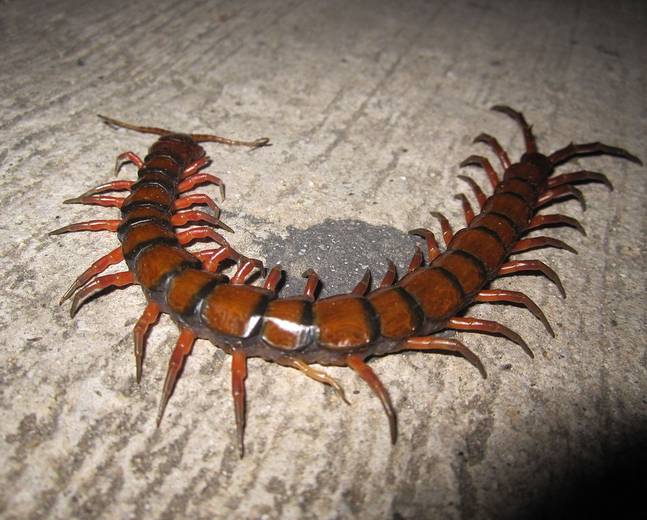 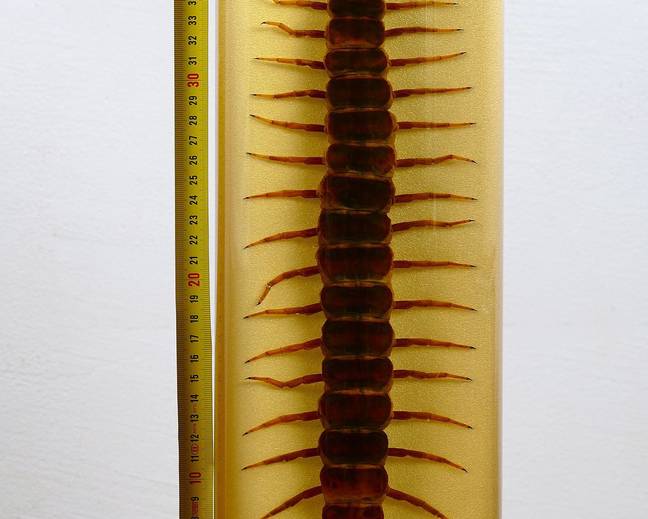 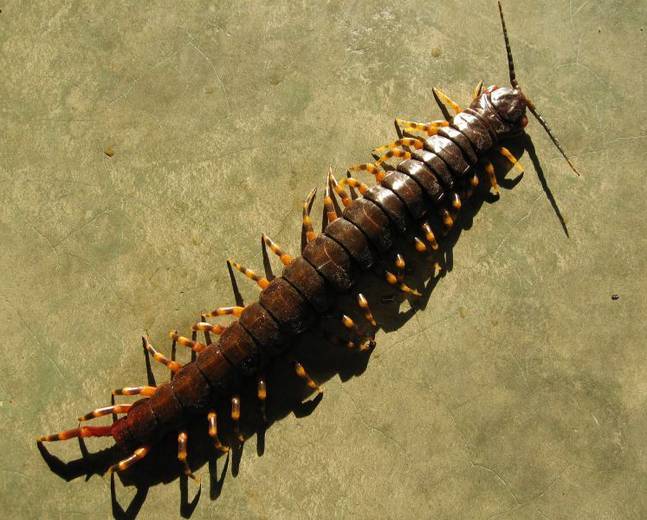 Scolopendra gigantea by Katka Nemčoková (CC BY-SA 3.0)
1 of 4
Scolopendra gigantea isn't an insect, but a myriapod. The Amazonian Giant Centipede is a slow-moving predator known famously for its large size. They're the largest species of centipede in the world, native to the tropical and subtropical rainforests of South America. The Giant Amazon Centipede will hunt anything from other arthropods to amphibians, mammals and reptiles, including snakes equal their size or larger. The Amazonian Giant Centipede has been observed eating bats, too. They do this by climbing the walls of caves. They grasp onto the bats with the front legs while using the back legs to secure themselves to the cave wall. Astonishingly, they're able to hold on for prolonged periods, even while eating! Once secured, they inject prey with paralysing-venom. Centipedes tend to hunt during the night, so, for this reason, they rarely come into contact with humans. Bites reportedly cause severe pain, local swelling and nausea, although death from bites is rare. In most cases, healthy individuals survive.

As with any venomous animal, these centipedes will bite to defend themselves.

Adults: Centipedes develop slowly, undergoing several moults until reaching maturity. With every moult, a centipede will grow an additional body segment, as well as expanding its overall body size. These centipedes will grow to around 30cm (the size of your standard UK ruler!). They're flat and will possess somewhere between 21-23 body segments once full-sized. Each segment comprises one pair of legs. They're reddish-brown. The legs are a lighter, yellow-brown.