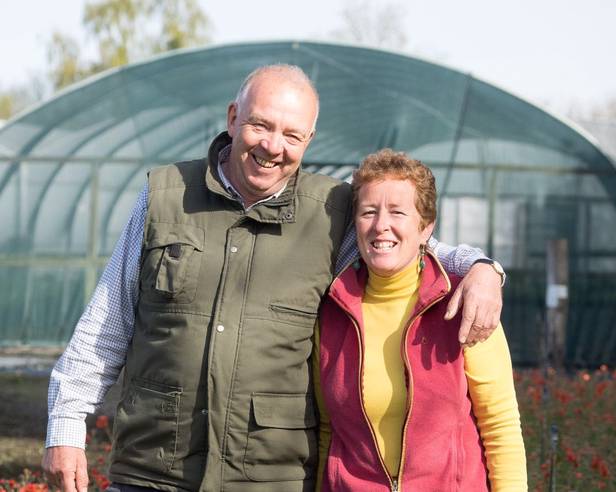 After almost three decades and an incredible 24 RHS Gold Medals, Hardy’s Cottage Garden Plants has this week announced their retirement from exhibiting at RHS Chelsea Flower Show.
Hardy’s were due to present their finale exhibit at RHS Chelsea Flower Show in May 2021 with their largest-ever exhibit which was sponsored by Candide.
Sadly, as RHS Chelsea has had to be postponed until September 2021 due to COVID-19 restrictions, Hardy’s have taken the sad decision to forgo their chance of achieving a 25th Gold Medal and bow out from the world’s most prestigious horticultural stage.
Hardy’s final exhibit was scheduled to have been their largest ever at 160 sq. meters, which is ¾ the size of a Main Avenue Show Garden. As with all Hardy’s exhibits, the display would have featured many hundreds of the nursery’s stunning species of spring and summer flowering herbaceous perennials and shrubs. All the plants have been nurtured and grown at Hardy’s Nursery in Hampshire over the last two years, in preparation for the Show in May.
With the postponement of this year’s show until September, Hardy’s would not have been able to switch their planting scheme and have the time to grow the many hundreds of ‘gold medal’ quality, Autumn flowering perennials which would have been required for the exhibit.
However, the many months of plant preparation and perfecting, will not go to waste, as Hardy’s and Candide are planning to hold a special May celebration, for which more details will be announced in the coming weeks.
Although Hardy’s Cottage Garden Plants will no longer exhibit at RHS Chelsea, their gardening fans need not despair, as the team will continue to exhibit at all other RHS Shows, Malvern Autumn Show and at a selection of plant fairs around the country. Hardy’s will also continue to sell directly from their nursery in Freefolk Priors, Whitchurch, Hampshire online at hardysplants.co.uk and on candidegardening.com. 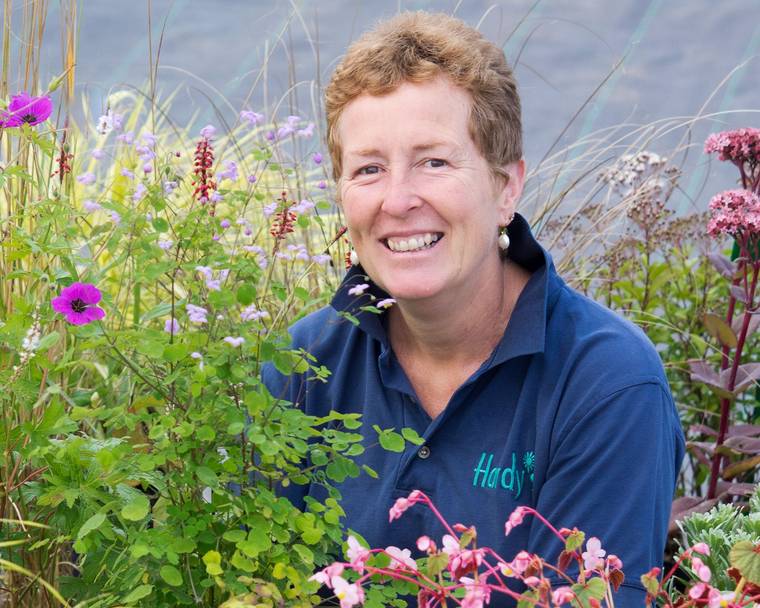 “We were originally due to have our finale exhibit in 2020 and after the disappointment of that cancellation we agreed to continue for one more year. However, with the postponement of this year’s May show, we have reluctantly made the decision to finally retire from RHS Chelsea.
We have loved our years exhibiting at RHS Chelsea and have some incredible memories. Stepping down from exhibiting there has been a very difficult decision especially as we had such a wonderful exhibit planned for May with our sponsor Candide. But we know the time is right to step back from the annual pressure we put on ourselves to create a flawless exhibit.
While we will not be exhibiting again, it’s very much ‘Au Revoir’ to RHS Chelsea, as we will continue to support all our fellow nurseries in the Great Pavilion, many of whom have become life-long friends.”

“We are incredibly proud to support Hardy's and so disappointed Rosy and Rob won’t be able to have their finale exhibit at RHS Chelsea Flower Show in May. However, we have a strong partnership with Hardy's who are true British growers and whose environmental and ethical values we share. We will continue to work with them on a ‘yet to be revealed announcement’ which we’re so excited to share with Hardy’s fans!”

For further media information, please contact Jane Southcott PR
e: jane@janesouthcottpr.co.uk
T: 01275 852026 / 07787 527430
Notes for Editors
Hardy’s Cottage Garden Plants is located at Priory Lane Nursery, Freefolk Priors, Whitchurch, Hampshire, RG28 7FA.
For further information, please visit: www.hardyplants.co.uk
Candide
Whether you are a beginner or expert, Candide is a website and app which helps anyone identify, buy, and care for plants as well as purchase tickets to some of our most treasured gardens. Check out the website candidegardening.com or download from your app store. 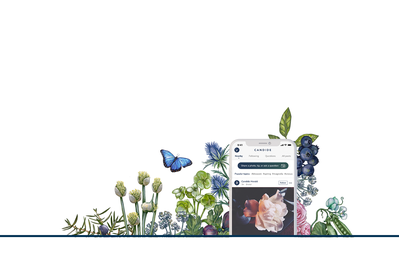 As many in the horticultural sector unite to support the industry through the impact of Coronavirus, Candide the gardening app...

How Candide Is Helping the Horticultural Industry

As many in the horticultural sector unite to support the industry through the impact of Coronavirus, we are offering our help...