The UK's Oldest Trees and Where to Find Them

Being in the presence of ancient trees - still standing even as the world around them undergoes drastic change can be an awe-inspiring experience. But despite sharing the planet with them for millennia, we're only just starting to understand the secrets behind their staying power.
Recently, scientists discovered that trees produce chemicals which fight off disease and drought. But beyond being scientific marvels, mature trees also provide vital habitats for wildlife, serve as historical landmarks and enhance our landscape, which in turn does wonders for our mental and physical health.
To get you #treeinspired, delve into the gnarly world of the UK's oldest trees and check out our tree profiles for tips on how to grow trees for future generations to enjoy. 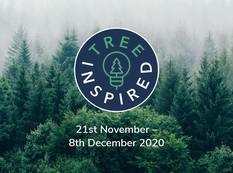 With the nickname, ‘tree of eternity’, the Olive seems a fitting place to start. The Olive's reputation for longevity stems from their phoenix-like ability to regrow from the base after fire damage. While UK-based Olives aren't as old as their biblical cousins in the Med, (the oldest of which is thought to be 3,000 years old) you can find some beautifully gnarled specimens in the Mediterranean Biome at the Eden Project.
Or, if you've got a big garden and £44,000 spare, you can purchase this specimen from a nursery in Oundle near Peterborough. The 27 foot, seven tonner is said to be the UK's largest olive tree and is estimated to be between 850 and 1,000 years old.

Olive tree growing tips
Olive Trees are a great way to add a splash of the Med to your garden. They will thrive in poor, stony soil, and are pretty drought tolerant. Originally hailing from Tuscany, Italy, the variety Leccino is relatively easy to grow and will put up with a wide range of temperatures. 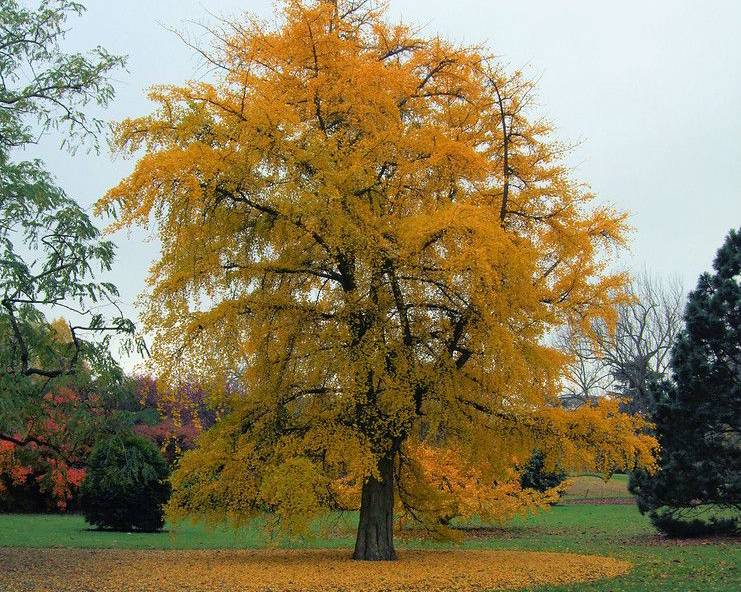 © Jim Linwood
Known as a living fossil, this golden oldie was around 350 million years ago. It's sad to think that this tree outlived the dinosaurs, but its fate in the wild now hangs in the balance due to logging and deforestation.
The Ginko Biloba at Kew Gardens is almost as old as the garden itself and is the first to have been planted in Britain, in 1762. But it's just a baby compared to the oldest on record, which is a whopping 3,500 years old.

Other long-lived trees planted at Kew in 1762 are affectionately known as 'Old Lions'. They include the Japanese Pagoda Tree, Oriental Plane(west of the Princess of Wales Conservatory), False Acacia (located on the lawn to the front of the Orangery) and Caucasian Elm (situated in the Herbarium paddock).
Maidenhair tree growing tips
These elegant-leafed trees grow in well-drained soil in full sun and would suit urban environments as they can tolerate pollutants in the air.

Another tree with Jurassic heritage is the Wollemi Pine. Once thought to be extinct for many millions of years, it was rediscovered in Australia and cuttings were sent around the world to preserve the species.
You can see the first Wollemi pines that were introduced to the UK at Wakehurst. As part of a global conservation effort, Australia has appointed nurseries in the UK to grow and market the Wollemi Pine.
In 2005, David Attenborough planted the first Wollemi Pine at Kew Gardens. According to a survey, back garden growers have been keeping the species alive since then. 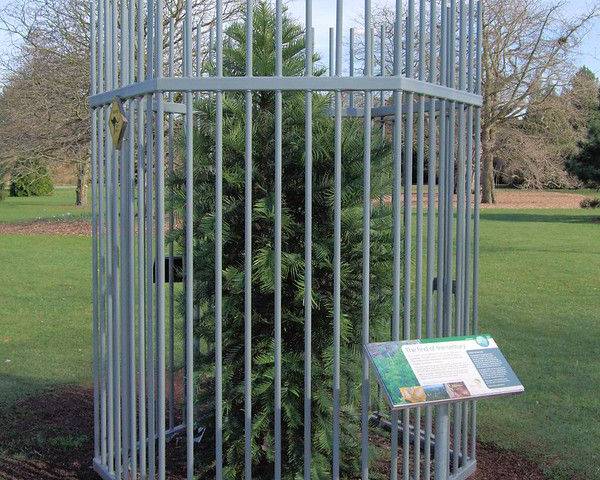 © Jim Linwood Wollemi Pine at Kew
Wollemi Pine growing tips
Add drama and structure to your garden with this architectural tree, which prefers a neutral to acid, moist but well-drained soil in partial shade.

If there's one tree that will outlive us all, it's the Yew. According to the Woodland Trust, it's our longest living species. You can admire its thick, leathery trunks in churchyards around the UK, but the real old-timers can be found in Scotland and Wales.
The distinctive Fortingall Yew in Perthshire is thought to between 2,000-3,000 years old. Its distinctive trunk has split into three (known as self coppicing) - though that hasn't stopped tourists fragmenting it further by snapping off twiggy mementoes. Luckily its seed is being regrown by the Royal Botanic Garden in Edinburgh as part of a ten year Yew project, so its DNA will live on for future generations to enjoy. 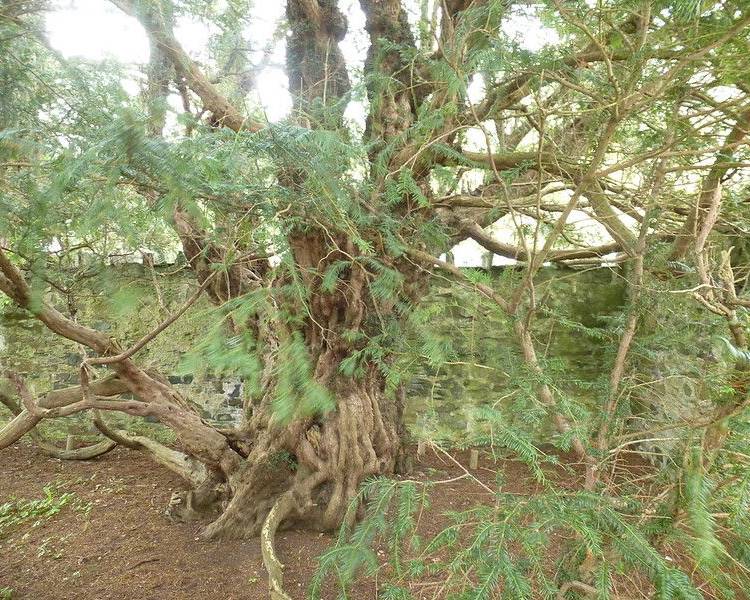 © Laura-Del Fortingall Yew Tree
In north Wales, there's the magnificent Llangernyw Yew of Conwy, which is estimated to be between 4,000 and 5,000 years old. The tree took root sometime in the prehistoric Bronze Age and despite its heavily fragmented trunk still puts out a leafy display.
In Berkshire, you'll find the Ankerwycke Yew, which is thought to be more than 1,000 years old. Legend has it, this tree witnessed the sealing of Magna Carta in 1215 and served as a meeting place for Henry VIII and Anne Boleyn in the 1530s. If these trees could talk!
Yew Tree growing tips
Consider a yew for hedging, topiary or simply as an attractive tree. Plant from September to October and avoid a site prone to waterlogging if possible.

Research suggests that England is home to at least 117 ancient oak that are between 800 and 1,000 years old. At more than 1,000 years old and 13 metres wide, Bowthorpe Oak in Lincolnshire is one of our oldest and widest specimens. In records dating from the 1760s, the squire of Bowthorpe is said to have smoothed out the tree’s hollow trunk and entertained as many as 20 guests in its boughs. 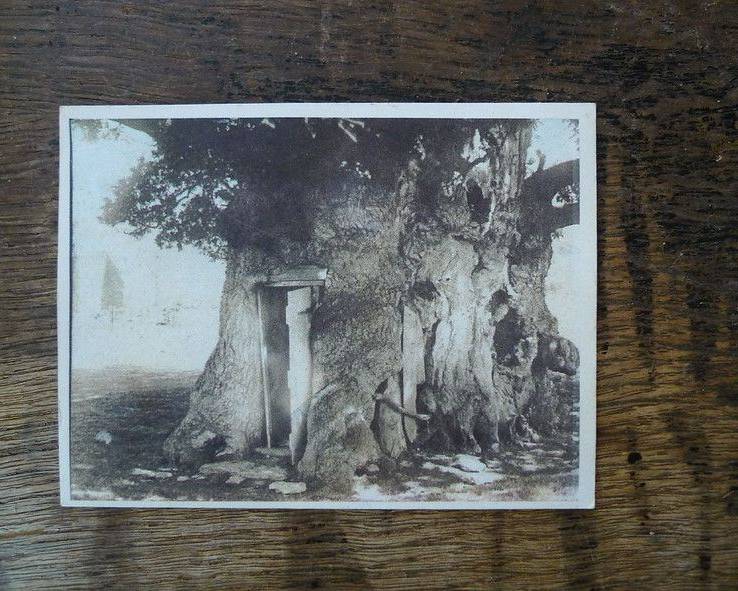 © Bettinaling The Bowthorpe Oak when it had a door.
Another grand old tree is the Major Oak in Nottinghamshire’s Sherwood Forest. Rumour has it this oak, whose long, gangly limbs are propped up by wood and steel, provided shelter for the legendary outlaw Robin Hood. Although some dendrologists have said the young tree wouldn't have provided much shelter at that time. It is thought to be between 800 and 1,000 years old. During the first UK lockdown, the tree was forced into quarantine to protect it from vandals.
Oak Tree growing tips
Oak trees are fun to grow with kids from an acorn. Start them off in pots in a peat-free compost and transfer to a larger pot at around 25cm. In a couple of years your sapling will be ready to plant out in autumn. For those of us who love the woods, trees are a constant source of wonder. Towering forest giants can make you feel tiny...

A Bristol-based organisation is planning to plant 1000 trees this week to bring people together.