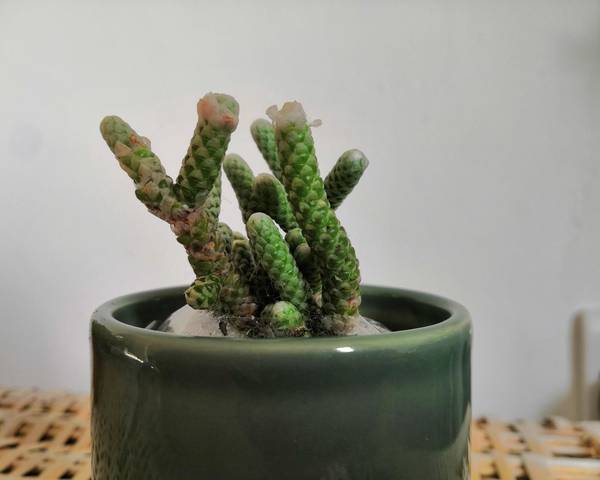 Photo by AreYouDeliciosa (All rights reserved)

Anacampseros papyracea is a dwarf perennial succulent species with an interesting appearance. This ornamental succulent has several branches radiating from a central rootstock, all bearing leaves covered in small, silvery-white, overlapping scales. Commonly known by the name Gansmis, previously well known as Avonia papyracea, and sometimes sold as such. Leaves are small, green and fleshy, measuring approximately 0.8cm in length and 0.3cm in width. Delicate cream-white flowers last only an hour or two, but have a pleasant fragrance. The flowers have 5 rounded petals and yellow anthers in the centre. This plant can survive with very little water, originating from Namibia to the Cape Province region of South Africa. It may be grown indoors as a houseplant or outdoors, dependent on the climate.

Overwatering! Avoid by using a sandy, well-draining soil mixture and have a dry period of no water during winter.

Fruits are harvested for seed collection

Can be grown from seed, but often die in cultivation because they are overwatered. Germination is fast, usually at temperatures at 15-21'C, but try not to overwater after gemination.

Divide by splitting clumps of plants and replant to new pots.

Use a pot with a well-draining medium.

Originate from very dry areas - need only a little bit of water to survive!