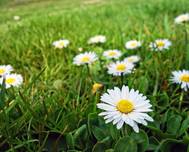 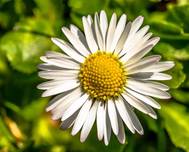 Genus of mostly perennial species, but some are grown as biennial plants for spring bedding. There are less than 15 species in this genus, including the common daisy, Bellis perennis and they are fully frost hardy, growing to an average height of between 5-20cm. Species in this genus have been introduced around the world and there are many colourful cultivated varieties, but originally they are from Europe, the Mediterranean and North Africa.

How to propagate Daisy

Propagation is by seeds in early summer.

Other uses of Daisy