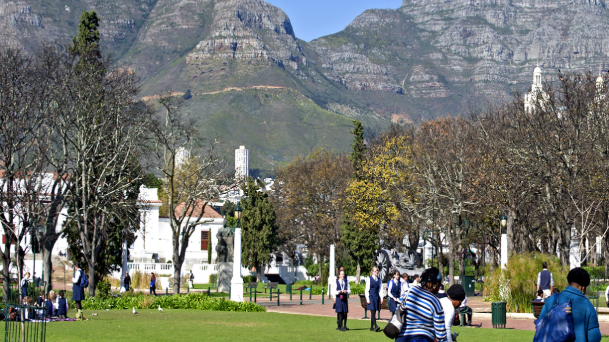 Cape Town
The Company’s Garden is situated in Queen Victoria Street, at the top of Adderley Street, and adjacent to the South African Parliament. It takes its name from the Dutch East India Company, who first started the garden in 1652 to provide their ships with food.
The Company’s Garden is abutted by numerous important landmarks, including the lodge house for slaves who built large parts of the historic city, the present day Houses of Parliament, the Iziko South African Museum and Planetarium, St George's Cathedral (which is the seat of the Anglican church in South Africa), the National Library of South Africa, the South African National Gallery, the Great Synagogue and Holocaust Centre as well as Tuynhuys, which is used by the President on state occasions.
Click here to claim this profile
OPENING TIMES
Please check the latest COVID-19 guidance before your visit.
September - March: 07h00 to 19h00 April - August: 07h00 to 18h00