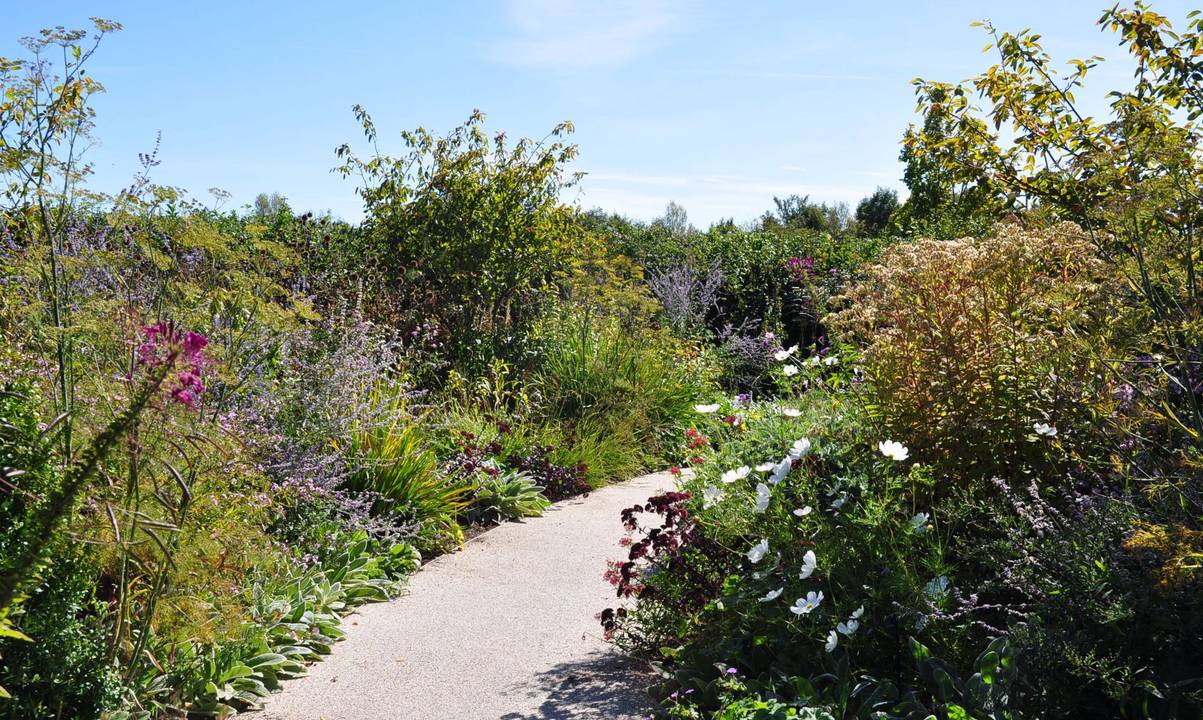 horatiosgarden.org.uk/the-gardens/horatios-garden-salisbury
"Designed by renowned garden designer Cleve West in 2012, Horatio’s Garden Salisbury is the first of a growing number of gardens to open at spinal treatment centres around the country.
The gardens were inspired by Horatio Chapel, a 17 year old student who volunteered at the Duke of Cornwall Spinal Treatment Centre at Salisbury District Hospital. After talking to the patients Horatio realised they were craving somewhere to escape the clinical surrounds of the hospital and feel the sun on their face. Sadly, Chapel was killed on a school trip before he could see his idea come to fruition. But this garden was created in his name and the charity was formed with the aim of bringing a lush green haven to all of the UK’s spinal injury centres. From its hilltop position, the beautifully stewarded gardens in Salisbury offer views of Clarendon Palace and the rolling Wiltshire hills beyond. The garden is a reassuring presence throughout the seasons, whether you’re here for the first new shoots of spring, the high summer perennials or the swaying seed heads of Eryngium and Fennel in winter. This multisensory garden isn’t just a lifeline for patients, it’s also become a vital habitat for wildlife. More than 30 species of bird have been spotted flitting among the native hedges while the elephant hawk moth is a particularly exciting guest in the summer months. Whatever brings you to Horatio’s Garden Salisbury, the soft planting, curved limestone walls and calming sound of water are sure to offer some respite. "
Click here to claim this profile
OPENING TIMES
Please check the latest COVID-19 guidance before your visit.
Open 24/4 for patients

Listen in on the secrets of selected gardens from their head gardeners. Our audio tours take you through seasonal planting, histories and stories.