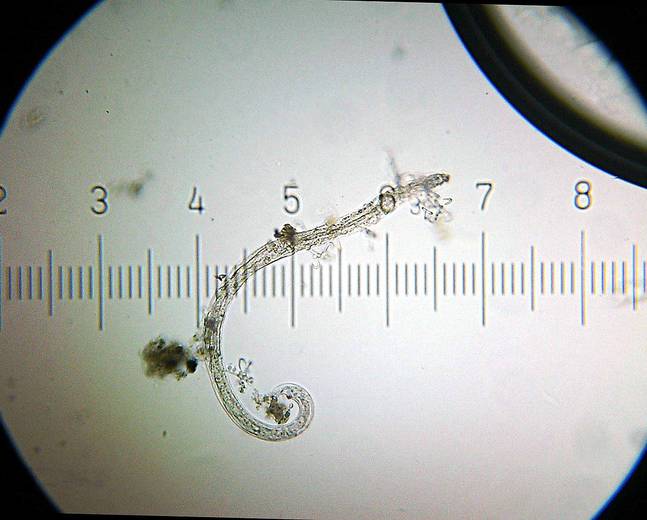 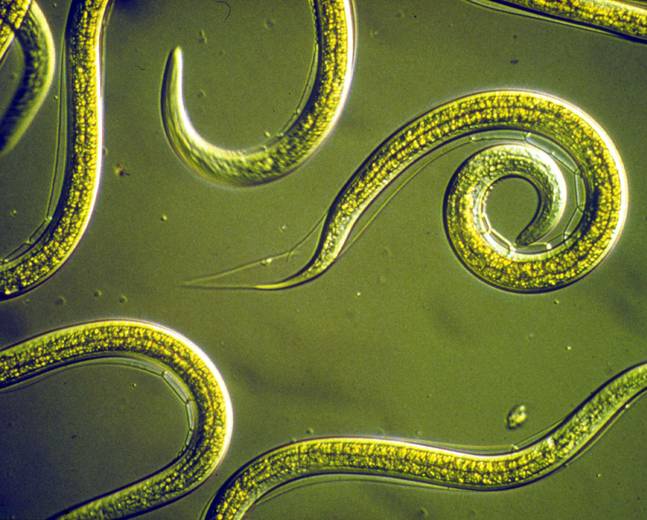 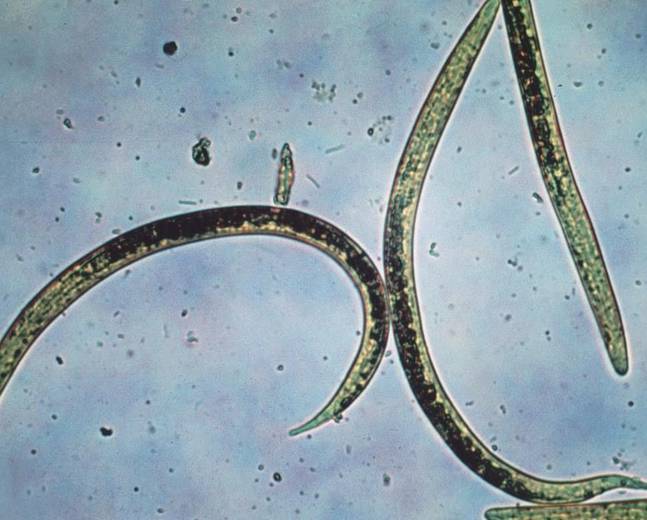 CSIRO ScienceImage 2818 Group of Nematodes by CSIRO (CC BY 3.0)
1 of 3
Nematodes reside in the phylum Nematoda (Nemathelminthes). This diverse phylum exists in a wide range of environments and is found in nearly every ecosystem in the world. They are commonly known by the collective name, roundworms. There are many families and classes of nematode, and their classification is still subject to frequent change. There are thought to be over 25,000 distinct species according to the most recent scientific study. Over half of the nematodes are parasitic. Parasites live in or on another organism (the host), stealing their nutrients in the process. The remaining half comprise predators, scavengers, with some feeding on fungi, detritus and bacteria.
Free download for your phone or tablet

Microscopic and worm-like. They are faily simple organisms. The body is an outer tube containing two smaller tubes, a digestive system and a reproductive system. You'll probably only ever see a nematode when observed under a microscope.

Worldwide, in every ecosystem.
Free download for your phone or tablet