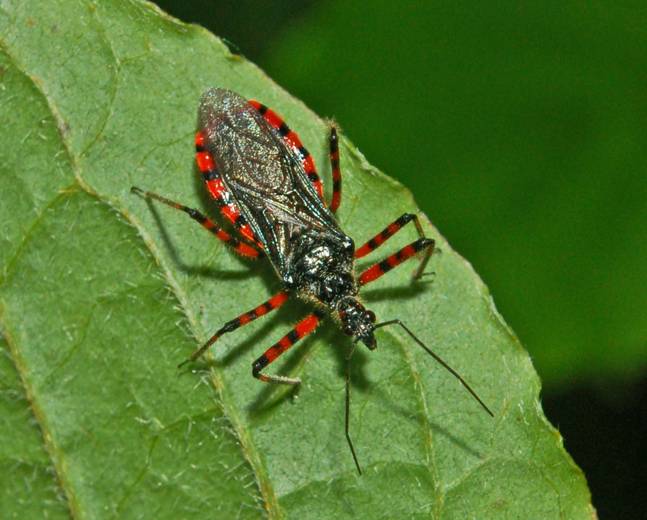 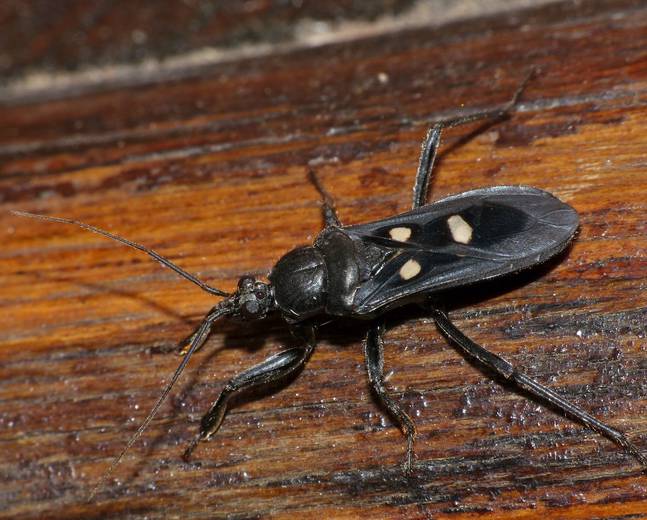 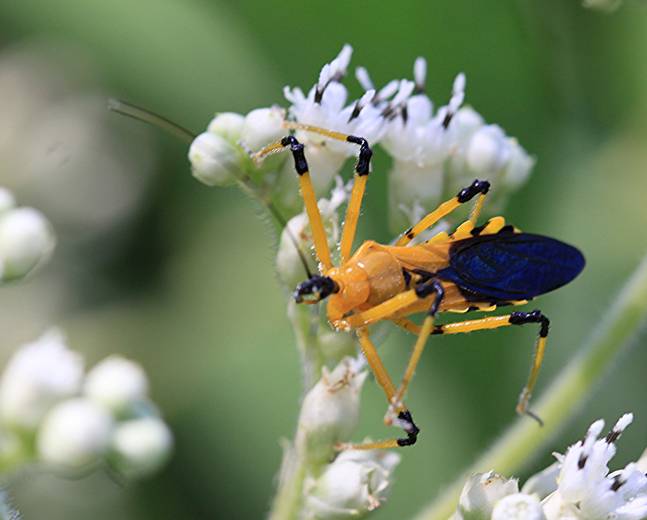 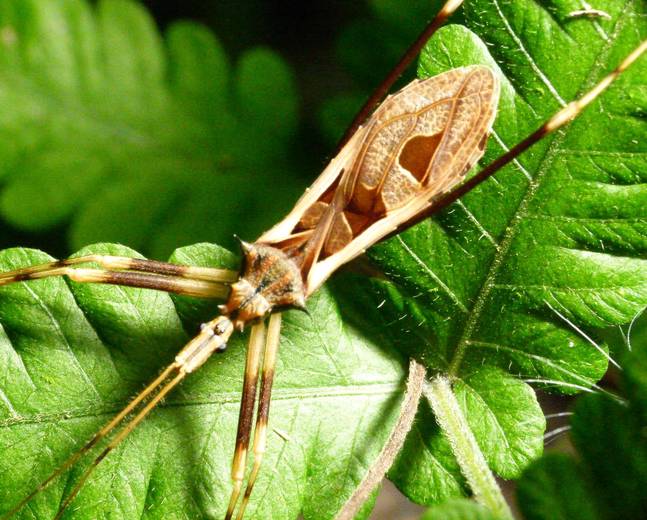 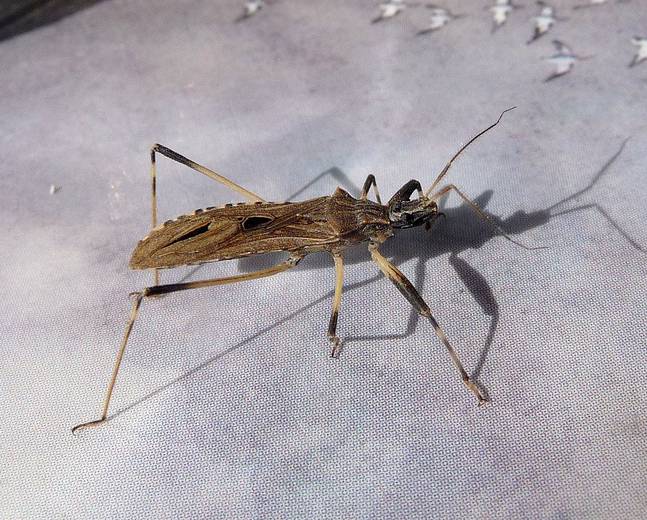 Reduviidae - Sphedanolestes cingulatus by Hectonichus (CC BY-SA 3.0)
1 of 8
Assassin Bugs are highly skilled predators. While hunting, Reduviidae slowly approaches prey before grasping it with the forelegs. The proboscis is like a super-thin needle or straw. Once they have captured their prey, they inject a paralysing toxin which dissolving the insides of the insect (yuck!). They even possess fine sticky-hairs on the legs that further restricts prey, so there's no escaping these garden minibeasts. Predominantly tropical insects, there are only 7 species present in the UK!
Free download for your phone or tablet

A beneficial insect that will predate a whole range of garden pests.

May nip you if startled.

Adults: A medium and robust insect (generally between 0.5-4cm); they're often dark coloured, but some species display bright and contrasting patterning (e.g. red, yellow and orange). The necks are narrow; the wings and body are long and narrow in shape. They possess a recurved beak, which is theoretically a proboscis; or a modified rostrum. The legs are long and stilt-like. Larger species should be approached with caution. Nymphs: Often look a little different to the adults. They lack wings, so it's possible to observe the segmented abdominal region. They're often brown coloured but sometimes incorporate tones of red, orange and yellow; if the adult morph demonstrates colouring. Likewise, some species display small abdominal spines. They poke out their abdomens and hold the posture as an ant would.

Some temperate but most present in tropical locations.

It's not recommended to remove these from your garden ecosystem because they can do wonders for your pest control regime. Attract these insects into your green spaces by planting indigenous trees and shrubs, which will provide cover for predatory insects like this one.
Free download for your phone or tablet