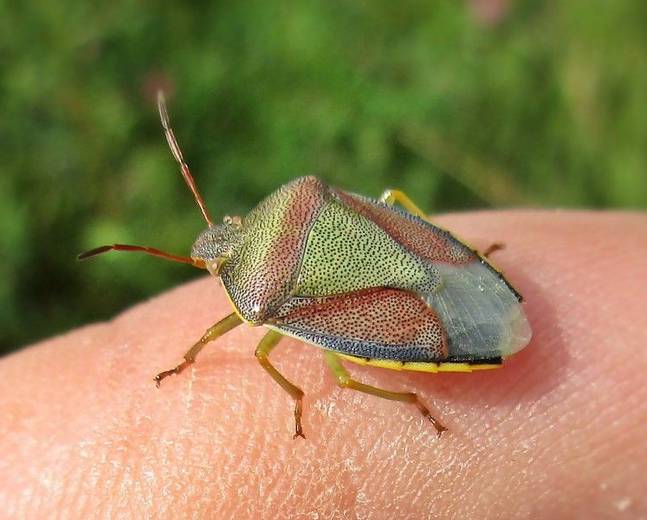 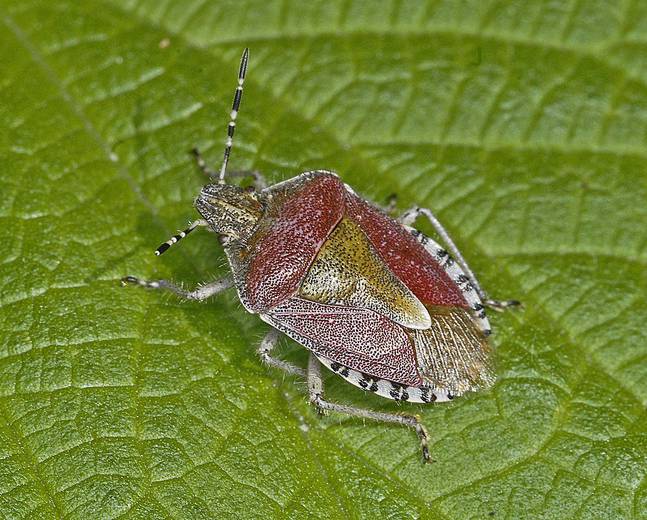 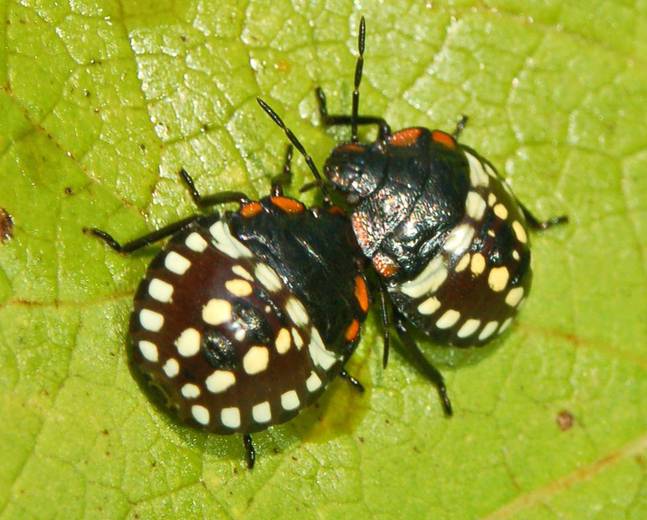 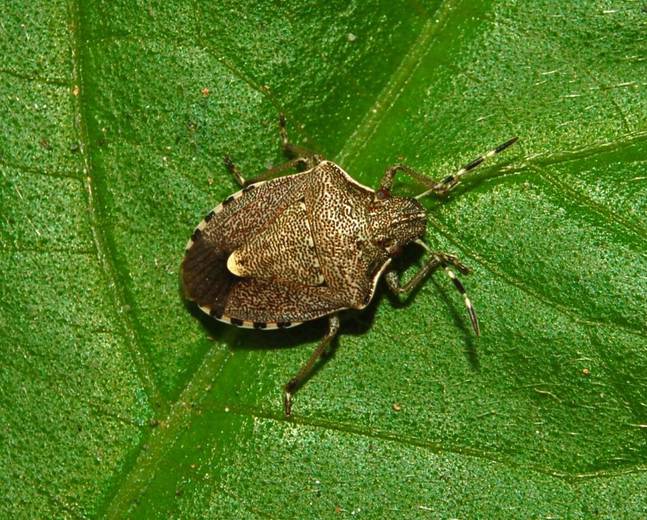 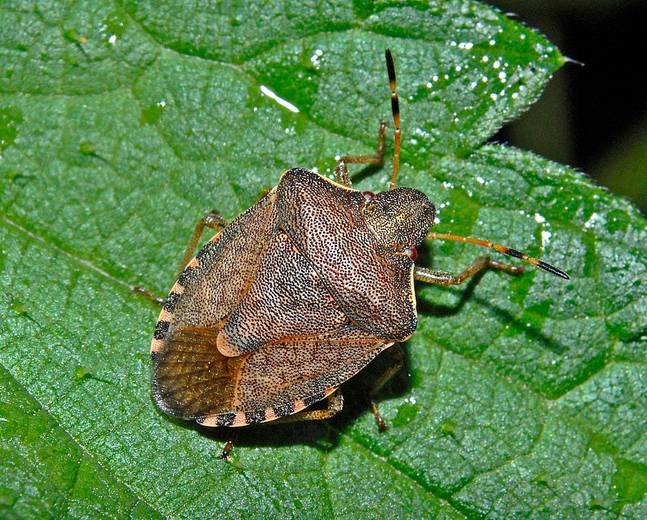 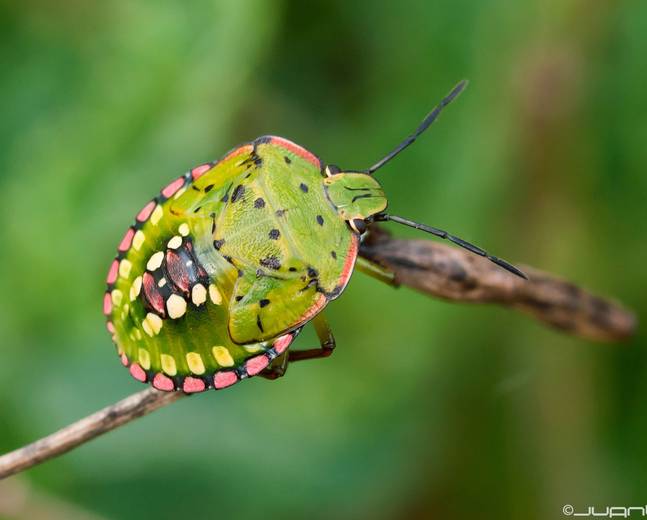 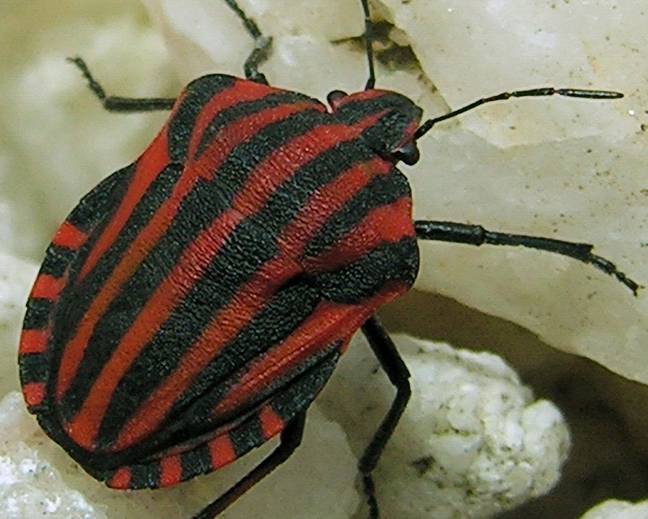 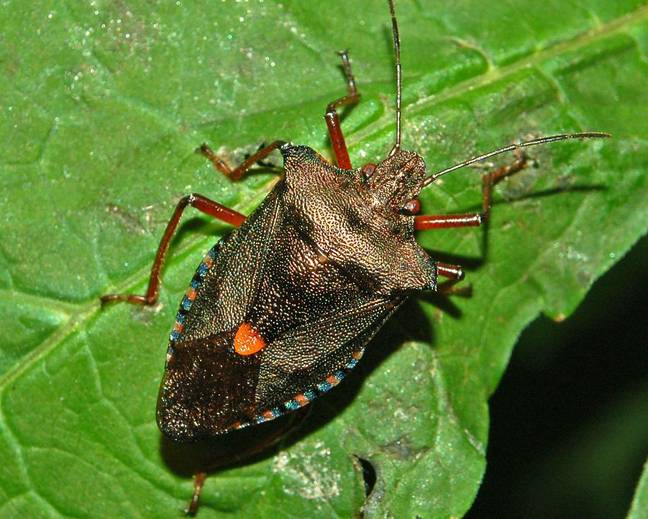 Pentatomidae - Dolycoris baccarum-001 by Hectonichus (CC BY-SA 3.0)
1 of 8
The Shield Bugs or Stink Bugs are a group of insects classified as True Bugs (Order: Hemiptera). They're named after their heavily plated armour, which is shaped like a shield. Likewise, they're covered in stink glands which are utilised when feeling threatened or alarmed. As True Bugs, they feed by inserting a thin feeding tube into the plant. Many species can be extremely problematic, where they typically target vegetable, fruit and cereal crops. Some have begun to show signs of pesticide resistance. On the other hand, some groups in the family are deemed beneficial — for example, the subfamily Asopinae feed primarily on beetle larvae, as well as other soft-bodied insects.
Free download for your phone or tablet

Many species in the group are plant pests.

Some species are top garden predators.

Adult: Adult insects in the group are easy to recognise. They possess a triangular armoured plate on their backs, which is known as a scutellum. They also possess hemelytra, which is another term for the forewings. Together, it looks like these insects are going to battle, the wings close and overlap forming a shield shape. All insects in the family possess antennae made up of five segments. Nymphs: The nymphs typically look entirely different from the adults. Because they lack any wings during this stage, the body is much more round and shiny. They look very similar to beetles during this time, but don't be fooled! Most are green, black or red- with numerous colourful spots. They are often seen in large groups on plants. Eggs: Can vary from species to species. They're laid in clusters and found beneath the leaves of the food plant.

Leaf yellowing, browning and wilting. They can cause early leaf fall and fruit fall. Mealy textures on fruits and leaves. Their feeding sometimes leaves brown/black lesions on the fruits. Heavy infestations can lead to malformed growth.

In most cases, stink bug infestations are minor. Stink bugs have an array of natural enemies in the garden that will predate them. Of course, natural predators won't be able to remove every pest from the garden, but they will keep them at a manageable quantity. Work together with nature! You can attract beneficial wildlife into the garden by keeping some areas wild while planting a good selection of native flowering plants. You can take this further by installing hanging baskets, bird feeders, insect hotels or a wildlife pond. These insects are super easy to pick off plants. Gently spraying plants down with a hose to remove any eggs and insects will make any control more effective. You can make a natural insect repellent using garlic-chilli concentrate diluted with water. Just spray on all your desirable crops! If the damage becomes too high, you can try using neem oil or insecticidal soaps. Always use oil-based products during cooler periods of the day. Regularly monitor plants for insects. If you can catch problems before they become too severe, they're much more manageable in the long run!

If you have exhausted all biological methods, it might be time to apply chemicals. Chemicals should only be considered if there is a history of severe infestation; or when all other options don't work. Plants will do much better with beneficial insects in the picture, so if possible, attempt to conserve your garden wildlife community! There are an array of contact insecticides available which are more environmentally friendly than a synthetic product (e.g. Natural pyrethrum/pyrethrins and insecticidal soaps). More persistent products include synthetic insecticides with a contact mode of action (e.g. cypermethrin, phenothrin, lambda-cyhalothrin and deltamethrin). These can still be toxic to some wildlife and a pollutant to water bodies, so please take care to research products and read instructions carefully before using them.

Not all insects in the group are plant pests, but those who do are known to feed on a variety of fruit, vegetable and cereal crops. 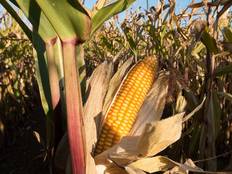 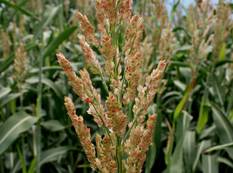 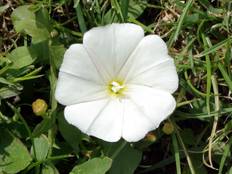