Could Red Squirrels Ever Return to British Gardens?

These days if you catch sight of a bushy tail in your flower beds or dangling off a bird feeder, it’s almost certainly a grey squirrel. But back in 1903, it was the then-dominant Eurasian red (Sciurus vulgaris) who scurried across the pages of Beatrix Potter’s The Tale of Squirrel Nutkin.
Over the decades habitat loss, squirrel pox and the rampant spread of the native North American species (estimated to be in the millions), has contributed to the red squirrels decline. According to the Wildlife Trust, the species could become extinct in the UK by 2030. But in recent years, the bushy-tailed reds have shown signs of bouncing back.

The ubiquitous grey squirrel (or tree rat as they’re sometimes un-affectionately known) has been a familiar sight across the UK’s green spaces ever since it was introduced from North America by the Victorians back in the 1800s. But these once fashionable creatures are now considered pests who out-compete their chestnut-coloured counterparts when it comes to food, habitat and disease resistance. Therefore, conservation efforts have focused on culling the greys to save the reds.
Across the UK, “grey control groups” methods involve trapping, shooting, poisoning and even putting them in a bag and bashing them on the head. However, the genetics laboratory behind Dolly the Sheep, the world’s first cloned mammal recently proposed a more “cost-effective, humane and species-specific” alternative. Scientists at the Roslin Institute say DNA editing could drastically reduce the grey squirrel population and other invasive pests by spreading infertility among the females. Additionally, UK Squirrel Accord is three years into a five-year study on the effectiveness of an oral contraceptive.

In the meantime, The Invasive Alien Species (Enforcement and Permitting) Order, passed in October 2019, makes it illegal for anyone to release non-native animals back into the wild. A consequence of this is that rescue centres are being forced to euthanise grey squirrels. As one vet notes, the alternative is keeping them in a cage for the rest of their life.

But is eradicating grey squirrels enough to bring red squirrels back?

Researchers at Bristol University found that culling grey squirrels to save reds is both ineffective and expensive [PDF]. They suggest the time and funds would be better spent introducing red squirrels to islands and areas where grey squirrels are already absent.
The Trees for Life Reintroduction Programme is doing just that. It plucks red squirrels from healthy populations and rehomes then in newly forested areas which they’d be unable to reach naturally, due to the fragmented nature of our woodlands. Thanks to the programme, flashes of russet fur can be spotted in Scottish back gardens once again.

“We’ve already carried out seven translocations, and we know from monitoring those that they’re doing really well,” says Trees for Life wildlife officer Becky Priestley, in a recent Winterwatch episode. “Local people are often reporting that they’re getting young squirrels appearing in their gardens, so we know those populations are breeding successfully and expanding throughout those habitats.”
For those living in urban areas, the inquisitive nature of the grey squirrel provides a valuable connection to nature. If it were to disappear, would the red squirrel return in force to the densely populated urban areas that the greys have adapted to so well?

George Anderson, a communications officer with the Scottish Woodland Trust thinks it’s unlikely.
“It would be great to think we can get back to that but it will be quite a challenge. We would need to get much more woodland back. The average European country has 37% tree cover. The UK only has 13% and only a tiny part of that is native. For now we should concentrate on making current populations more resilient.”
For reds to flourish they need a woodland habitat and food supply of pine seeds, hazelnuts, green acorns and the seeds of larch and spruce. The sad truth is we have logged, cleared, burnt and built on the habitat red squirrels rely on to thrive.

Anderson suggests we demand stringent protection of our forests if we ever want to see the return of the reds: “We have to convince our politicians to prioritise ancient native woods. This can be tough when developments such as HS2 are being considered.
Our dwindling ancient native woodlands are constantly being sacrificed for development. We need to value our native woods and trees and not allow the little we have left to be chipped away.”
Free download for your phone or tablet 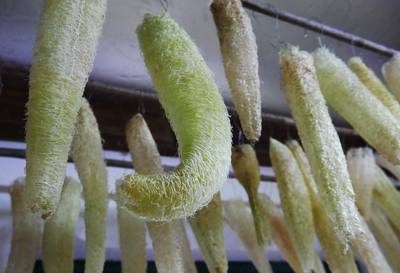 We are all trying to decrease our plastic use and be more environmentally friendly. Swapping plastic straws for paper...

Surely the reason for growing your own food and flowers is that you know the love and labour you’ve put in will manifest in...