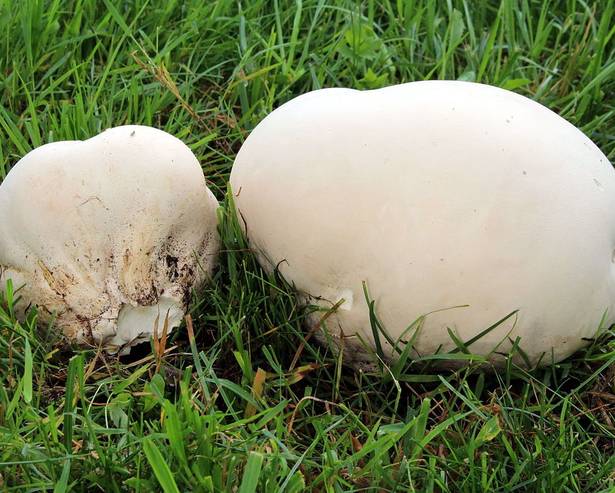 Of all the many weird and wonderful fungus species in the UK, the giant puffball is certainly one of the oddest.
Giant puffballs also really live up to their name and the largest on record was 150cm (59 inches) across, though the more usual size range is 10-70cm (4-27 inches).
It is very difficult to walk past one without giving it the boot and watching huge clouds of spores fill the air, yet that’s exactly how the puffball distributes the next generation! 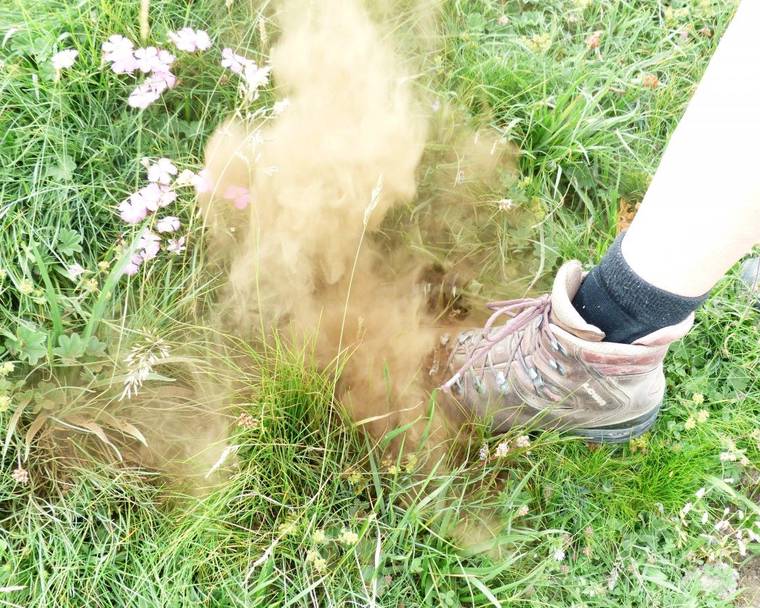 It may seem like an act of vandalism, but the 'smoke' in this picture is actually spores.

The giant puffball itself is the fruiting body of an underground fungus called Calvatia gigantea which is a saprotroph, meaning it feeds on dead organic matter.
You wouldn’t know the fungus was there until late summer or early autumn when these fruiting bodies appear. They usually grow in fields and meadows, rarely in woodland, and can appear in a ‘fairy ring’ pattern, often year after year.
They are usually very pale, almost white in colour at first, but grow and ripen quickly, usually within the space of a week. They do not have a stalk like most mushrooms and sit directly on the ground. 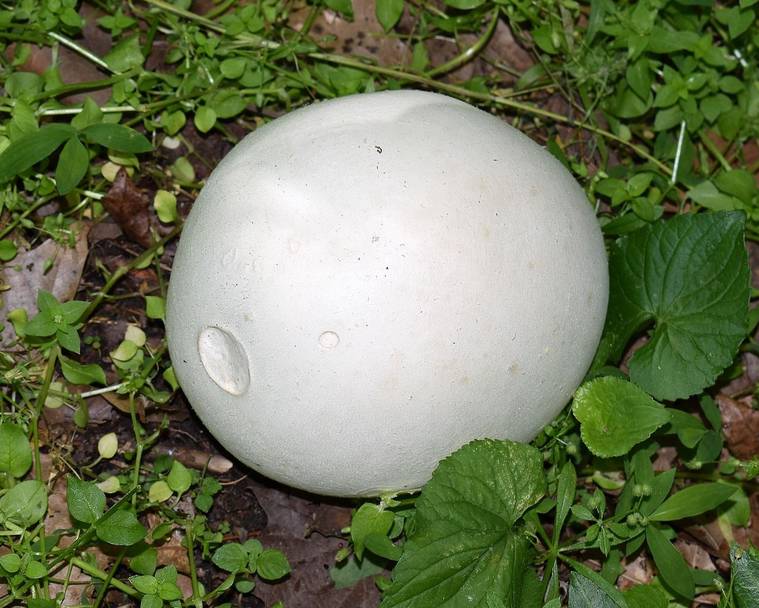 A young puffball, not quite ripe and ready to release its spores just yet.
Mother of trillions
Once the puffball has matured then the skin splits, revealing the olive-coloured spores inside. There are literally trillions of spores in each puffball, up to 8 trillion or more.
Every little gust of wind sends tens of thousands of spores into the air (they look like smoke) and you can just imagine how many a well-aimed kick can send flying!
At this rate, you’d think puffballs had world domination in their sights, but the spores are so tiny and particular about growing conditions that the amount that actually survive is nominal. 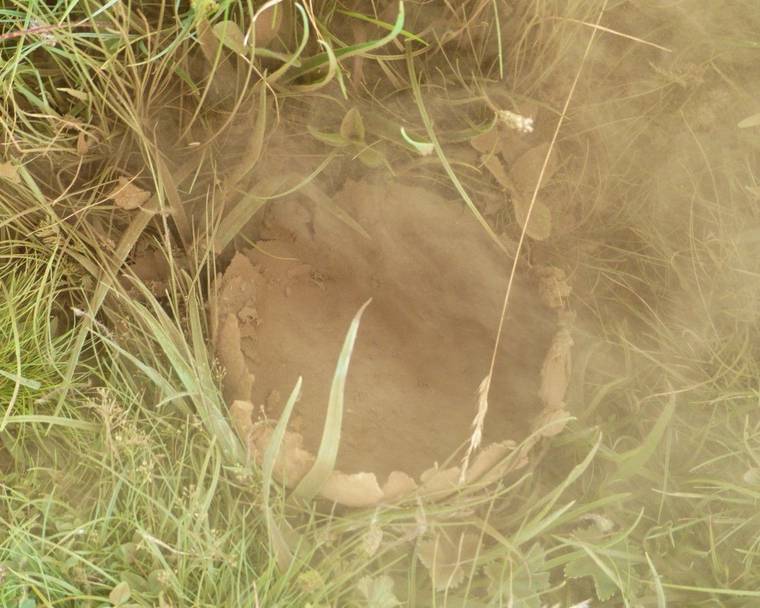 The smoking gun...
Edible orbs
Despite its unusual appearance the giant puffball is edible and can be used in cooking in a similar way to tofu in stir fries or as a substitute for aubergine.
The puffball must be picked before it ripens so keep your eyes peeled for young, firm mushrooms. If it has reached maturity, with loose spores and darker shading, its too old.
Opinion varies on flavour, but overall, it’s described as mild, earthy and with hints of nuttiness. 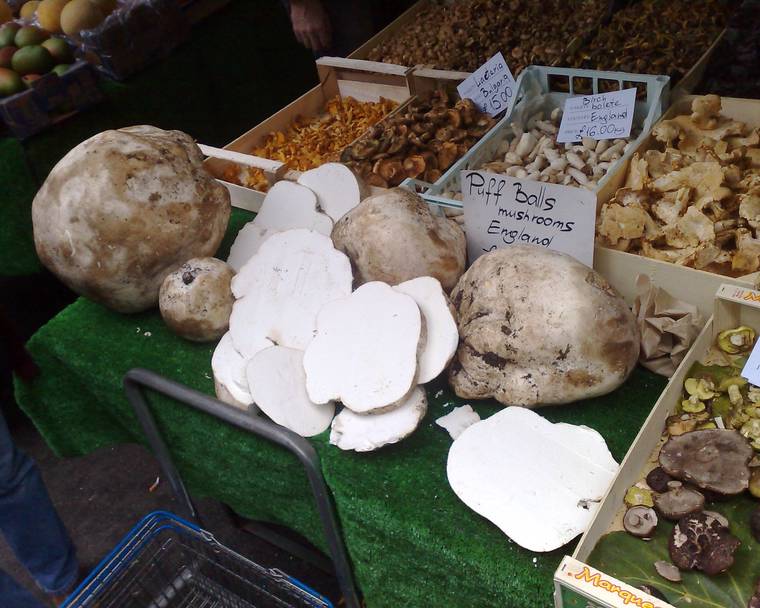 Puffballs are not often seen for sale, mainly due to scarcity, but also perhaps as they don't store well and cannot be frozen successfully.
Deadly impostors
As always, if foraging for wild mushrooms do plenty of research first. Cut open your puffball, slice straight down the middle from top to bottom to identify it.
The inside should be a solid white mass, looking similar to marshmallow. The similar earthball is deeply coloured inside and causes severe gastric upset.
Some amanita species also look similar when very young, but using the vertical slicing method, you will easily distinguish them as they will have a small mushroom developing inside. With any edible fungus if you’re unsure then do not eat it. 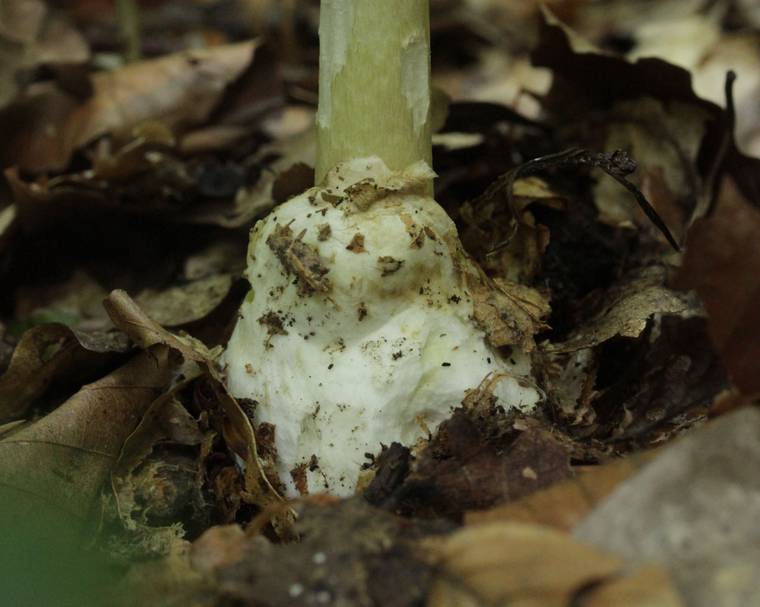 Many amanita species, such as this death cap grow from a white, egg-like cup (volva) which can be mistaken for a young puffball. Dissection will show the toadstool developing inside.
Free download for your phone or tablet

As the rain dried up and the sun re appeared, we were making preparations for the lime tree & bramble nectar flow. Also aware... 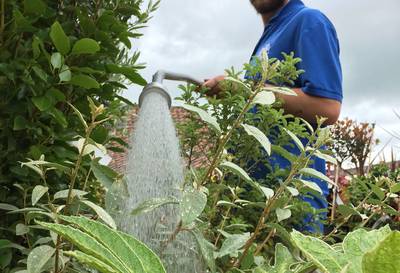 This week I'm focusing on a bit of pruning, herbs and ripening shallots before storage. Do read my full tips for July for more...

Tim Walz, Governor of Minnesota, signed a series of bills amongst which one was the provision of 900,000 USD for helping...