Orchids: How Climate Change Is Threathening this Beloved Plant

Everybody knows them, many people have them in their homes and gardens: Orchids are one of the most popular plants around the world. Sadly, they are endangered due to climate change.
Susan Stephens, who works at the University of Bristol’s Botanic Garden, is very interested in orchids. She explains how they ended up in the UK: “By the late 18th century the British Empire had spread across the globe and ships returned from far flung places laden with new species of plants and animals. Among these were orchids. Orchids became a status symbol for the rich and famous and to satisfy this need nurserymen and private collectors sponsored expeditions whereby plant hunters were sent to explore new regions to find previously unknown orchids to add to their collections.”
Download Candide to your phone to get your daily gardening news

A change in temperature is a big threat to orchid pollination. As temperatures increase, tropical orchids will move into sub-tropical regions, eliminating species in the higher zones. Changes in light, nutrients and moisture also affect orchid species. 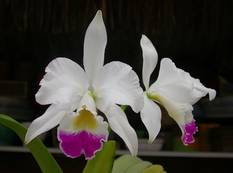 “Orchids grow in complex ecosystems which are not only threatened by climate change but also deforestation and habitat destruction, fragmented habitat and over collecting for horticulture, food or medicine. They also have very complicated life cycles in their interactions with mycorrhizal fungi, pollinators and host trees. As a result, orchids are one of the most endangered group of plants”, Susan says.
In Britain, the ghost orchid (Dendrophylax lindenii) is the most endangered orchid species. For about 23 years, it was thought to be extinct, until it was discovered again in 2009. However, it has not been seen again since. The Red helleborine (Cephelanthera rubra), Lady orchid (Orchis purpurea) and Lesser butterfly orchid (Platanthera bifolia) are also some of the most endangered plants in the UK.
Orchids are an important part of the ecosystem. They have complex interactions with other species, not only pollinators but also fungi and trees that they grow on.

“To enable pollination orchids evolved in order to form special relationships with insects, hummingbirds and bats! Many orchids use mimicry to attract a certain insect such as the bee orchid (Ophrys apifera). The orchid times its opening to coincide with the emergence of the male bees which appear about three weeks before the females”, Susan explains.
Their intricate relationship with the ecosystem around them makes it even more urgent to save them from extinction. At botanic gardens, they are working hard to conserve the plant: “This is where botanic gardens come in, as centres of excellence in orchid horticulture, research and conservation”, says Susan. “The Millennium Seed Bank Partnership is the world’s largest ex situ plant conservation programme in the world co-ordinated by the Royal Gardens Kew. It stores seeds for future use in its underground frozen vaults preserving the world’s largest collection of seeds from wild species.”
Free download for your phone or tablet 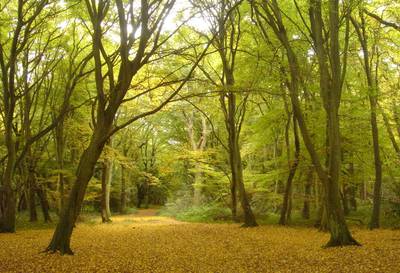 HS2 Will Begin Digging Up Ancient Woodland This Month Despite Criticisms

A unique and important habitat of plants, fungi, insects and other microorganisms in sore need of protection. This is the...

Plant Of the Week: Lipstick Plant

This week, Helen tells us about the Lipstick plant or Aeschynanthus radicans 'Rasta'.

While many RHS shows have been cancelled some flowers grown for the shows have found a new home at Derriford Hospital.